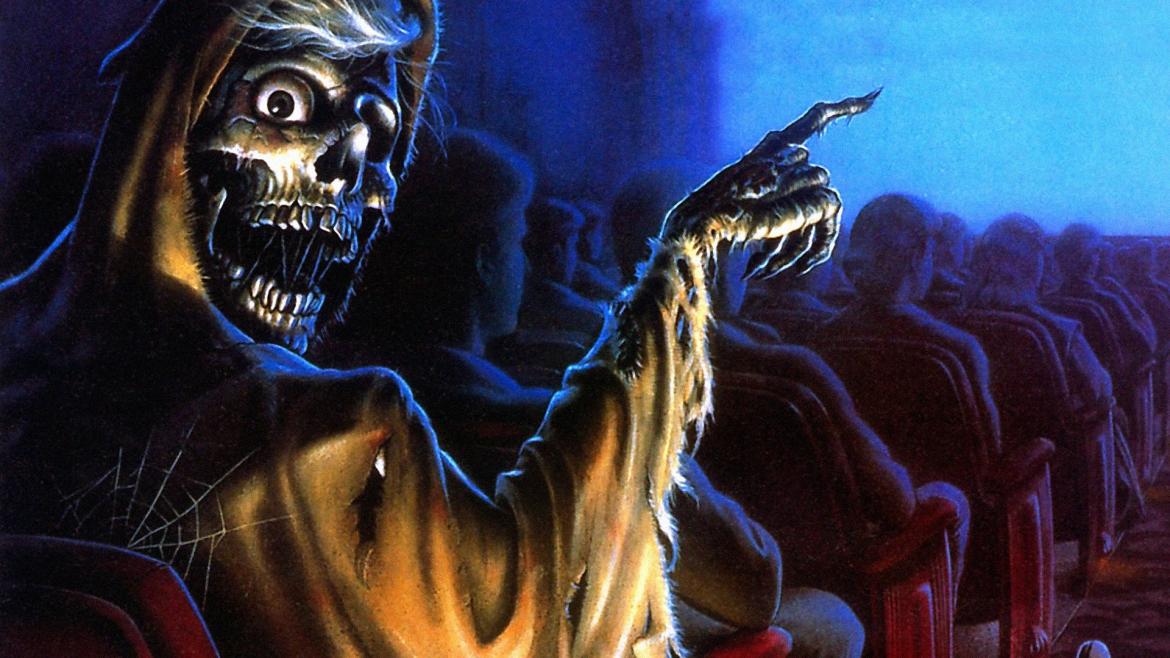 Stephen King and George Romero teamed up in 1982 for Creepshow, an ode to the Tales From the Crypt comics they loved as children and a heavy influence on the career of each man. This pairing resulted in one of the most highly regarded horror anthologies ever made. The boys were back five years later, but the resulting film is a pale comparison to its predecessor in every way.

Romero wrote the screenplay for Creepshow 2, based on King’s stories, but did not direct as he had for the first movie. Long-time Romero collaborator Michael Gornick handled directing duties this time around. Gornick’s other notable credits include a few episodes of the Tales from the Darkside and Monsters syndicated ‘80s series, and it shows; gone is the four color comic book palette of the initial entry in the series. The sequel’s visuals are slightly better in quality than TV movies of the era.

Though effects maestro Tom Savini puts in a brief appearance in makeup as The Creep, who introduces each of the three stories (mostly in animated form), he was not involved with the special effects. Though 2‘s effects work isn’t terrible overall, there’s not much of it. Savini’s work is sorely missed.

Perhaps the worst aspect of this second film in the franchise is the music. Gone is the brilliant and memorable score, replaced by a dreadful synth and rock soundtrack that again echoes primetime television movies.

Much of the blame can probably be placed on the budget; at $3,500,000, it’s less than half of what Romero had to work with in 1982. It made almost five times that at the box office, however.

The first of the three story segments, "Old Chief Woodn’head", is also the weakest. It stars George Kennedy (who followed in the footsteps of fellow Creepshow alumnus, and Naked Gun co-star, Leslie Nielsen) as a man who owns a small general store in a dying town. A group of thugs rob and kill the man and his wife, but they are avenged by the store owner’s beloved cigar store Indian who comes to life and kills the robbers. The tale itself isn’t bad, but the kills are all cutaways, resulting in almost no gore. Seeing the murderers actually getting what they deserve would be much more satisfying for the viewer, but this segment was most likely a victim of the low budget.

Up next is "The Raft". пин ап A group of four kids go swimming in a lake and are tormented by a people-eating floating blob. I saw the movie at a drive-in as a kid, and this story definitely was the most nightmare-inducing at the time and has stayed with me the longest. Aside from a bizarrely rapey scene that seems to serve no purpose other than to fulfill the era's boob requirement, this installment holds up fairly well. The blob looks a lot like a large floating trash bag - and probably was - but the overall impact of the kids being unable to escape is still frightening all these years later.

Finally, we have "The Hitchhiker", about a cheating wife who runs over and kills a hitchhiker while returning home from a rendezvous with her lover. The dead man pops up throughout her journey to terrorize her, saying over and over, “Thanks for the ride, lady!” King turns up for a cameo as a truck driver and delivers a few hilarious lines. This one is mostly unintentionally funny.

Since Hollywood is obsessed with remaking nearly every horror property, I’d like to nominate Creepshow 2 as a candidate for the big budget remake treatment. These same stories, handled with more visual flair and top-notch effects work, could be so much more effective than what moviegoers got in 1987.

Digging Up the Marrow