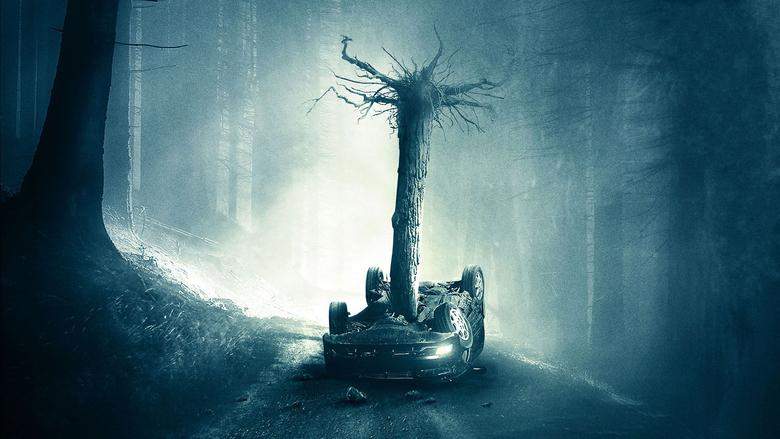 The second high profile found footage Bigfoot movie of the year, Eduardo Sanchez’s Exists, is a stark change of pace from its predecessor Willow Creek. Though that’s not necessarily a bad thing. Critics of Willow Creek often lauded the suspenseful atmosphere, eerie calm and the particularly hair raising tent sequence. Though the energy of that film really came down precipitously following the tent sequence and it’s Blair Witch Project similarities really hindered some of the punches it saved up. Exists has the inverse of that problem.

Opening in the most standard and banal way possible, we’re introduced to a car full of twenty-something’s in slow motion over instrumental melancholic music. It is a very bleak opening that doesn’t provide any real energy or life. The quintet of young actors features only one ‘name’ actress, Dora Madison Burge who’s played heavily on the television show Friday Night Lights and Dexter briefly. Outside of her presence this cast of unknowns doesn’t seem to have much of a pulse initially. They’re driving up to Matt (Samuel Davis) and Brian’s (Chris Osborn) uncle’s old cabin in the woods. They didn’t tell Uncle Bob that they were going out there but the rest of the group seems to think all is well and they’re just going for a fun weekend. On the drive though they get into a car accident and hit something passing on the road. The car is fine and all seems well, but when the reach the cabin its dusty and clearly hasn’t been visited in sometime.

It’s at this point, when the film is at its most derivative and boring state, that it finally starts to come to life. We find out Brian is a camera fanatic that films everything he sees. He sets up GoPro cameras all around the cabin inside and out, attaches them to their bikes and helmets, and just generally has one at all times. It is a gimmick that’s been done, but it’s done very effectively here. Once the actual Bigfoot action gets going, the tension and energy is remarkably effective. Even the standard found footage tropes begin to fall away and the creative atmosphere really starts brewing. Any detail regarding some of the best bits in the second half of the film would spoil a very fun and chaotic roller coaster that surprises consistently to its conclusion, so I’ll abstain from elaborating further.

Exists begins terribly to be frank. Though its perfunctory origins and trite screenplay give way to a real whirlwind of a thriller that has legitimate scares, seriously interesting camerawork, and solid character moments. It’s the best Bigfoot movie of 2014, and likely the best one period despite its flaws.