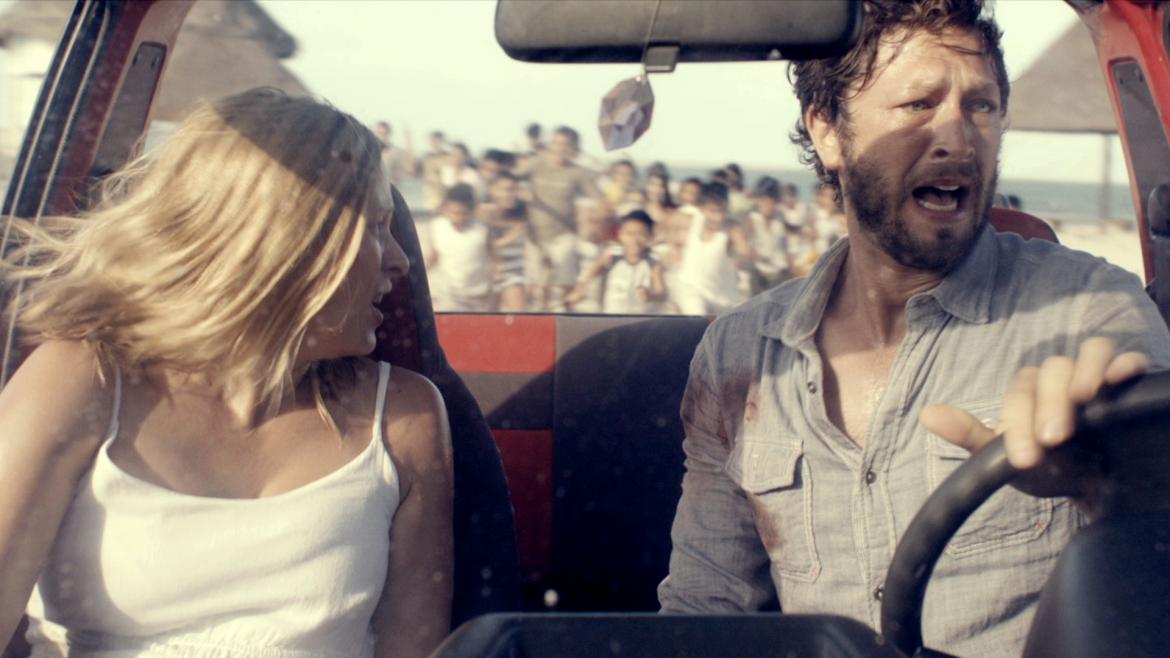 Come Out And Play (Movie Review)

2012’s “Come Out And Play” is one of those movies where about halfway through you think to yourself, “wait, I’ve seen this movie before, haven’t I?” Yeah, you probably have. So much of it is familiar, this movie about children who have gone crazy and slaughtered all the adults in their village. It’s an old concept, played to death in movies like “Village of the Damned” or “Children of the Corn.” “Come Out And Play” goes even one step further, being a near-shot-for-shot remake of the 1976 Spanish film “Who Can Kill a Child?” Even though the plot is far from original, however, “Come Out And Play” is still an effective little horror film with moments of quality.

The film stars Ebon Moss-Bachrach as Francis, and Vinessa Shaw (who starred in “The Hills Have Eyes” remake) as Beth, Francis’s pregnant wife. They’re on vacation in the tropics, and they decide to take a day trip to a remote island village. They arrive and find a few children playing on the docks, either ignoring the couple or flashing them some very menacing looks. Francis and Beth head into the village and find it deserted. You can guess the rest. They find an old man who is being beaten to death by a little girl (a grisly scene that foreshadows images to come), and the horror ratchets up from there as Francis and Beth try to get back to their boat and away from these violent, feral children.

“Come Out And Play” could have been very tiresome and cliché, but director Makinov (a director who goes by only this one name and prefers to be seen in public wearing a red hood over his face, I should mention) balances the tension well despite the humdrum plot. One of the first scenes in the village shows a little girl touching Beth’s pregnant belly. It’s silent and innocent, and yet you can’t help but feel that something bad is about to happen. Makinov also throws in some very intense gore scenes, showing the children playing with the corpses like they were in an arts and crafts class.

Another benefit of “Come Out And Play” is the pace. The film starts off slow, but after the first 20 minutes it picks up speed after that and doesn’t look back. It does appear to choose tension over any kind of back-story, so the viewer is left wondering a lot about the characters. Who is this couple? Where are they from? Why did the children turn so evil? Why didn’t it happen to all the children on the island at the same time? None of these questions are answered, and while I think too much information would have dragged the film down, it would have been good to have some information about these kids and what turned them so evil.

Is “Come Out And Play” a great horror movie? No, far from it. As I said, the plot is formulaic at best. But if you’re looking for a quick movie that provides some scares and gore and doesn’t require you to think too much, it’s an entertaining romp.