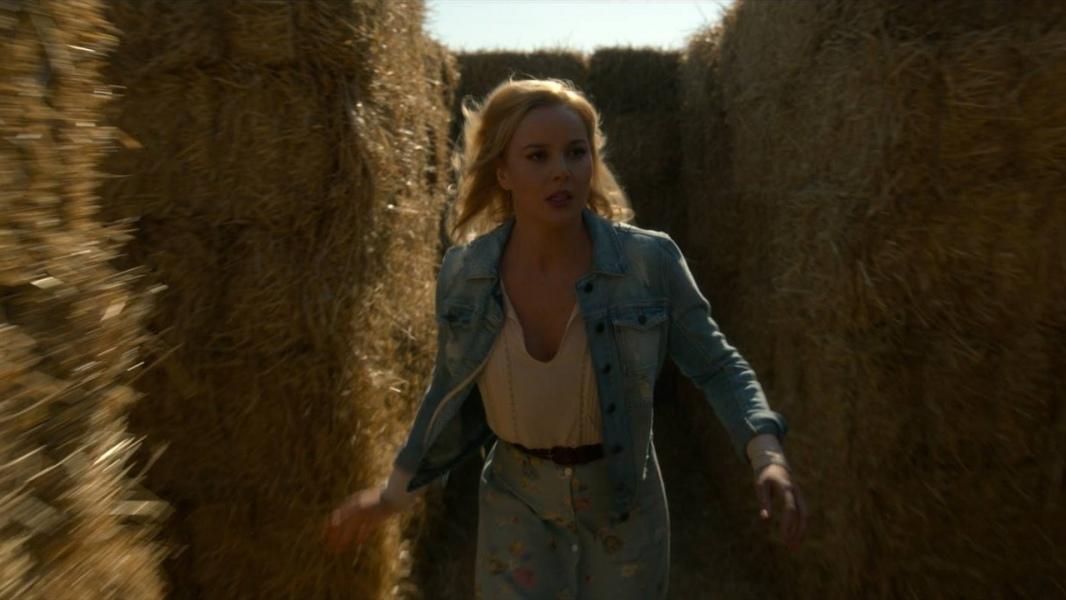 The fascination with old and dilapidated houses is one that has endured. Regardless of any known hauntings, there’s just something about the isolation, the history left behind, and the time it has seen.  In Lavender, theses houses are described as “epitaphs” – a looming reminder of what has existed and what is left.

Jane (Abbie Cornish) is a photographer who has an incredible eye for capturing the haunting and intriguing history of dilapidated houses. After a particularly brutal car crash, she awakes from a coma and begins to experience strange hallucinations that her prescribed psychologist (Justin Long) tells her might be repressed memories trying to resurface. While trying to regain her short-term memory, she is told she has inherited one of the homes she was infatuated with photographing. After meeting her long lost uncle (Dermot Mulroney) who is a sort of caretaker of the property-Jane, her almost estranged husband, and their young daughter decide to stay at the home to help clear her mind. While Jane tries to balance her visions with reality, she begins to realize there is more to what she has forgotten over the years. Determined to uncover the truth to the home as well as her own past, Jane learns she has more to fear than the past.

Lavender is not a particularly new take on the ghost story, but the gothic tale is renewed with gorgeous scenery and an even more intoxicating score. Ed Gass-Donnelly (Small Town Murder Songs) and co writer Colin Frizzell both have film credits, but the stage background of Gass-Donnelly really shines in the slow burn of Lavender’s ghost story.  In the hands of Gass-Donnelly, the movie unfolds behind the lead of Cornish’s Jane as she unravels her own history as well as that of the house.  The paranormal events that Jane and her daughter start to experience are of the typical haunted house variety: whispered warnings, veiled threats and unusual gifts that leave Jane (and occasionally the audience) even more confused and unsettled.  Despite the clichéd jumps and creeps, the atmosphere is embellished with the well-placed tropes. Cornish embodies the empathic receptor and unwitting key to the end of it all with a haunting air. Though the film’s plot is rather predictable, it makes up for it visually and finds itself wrapped up decently in a solid ghost story.