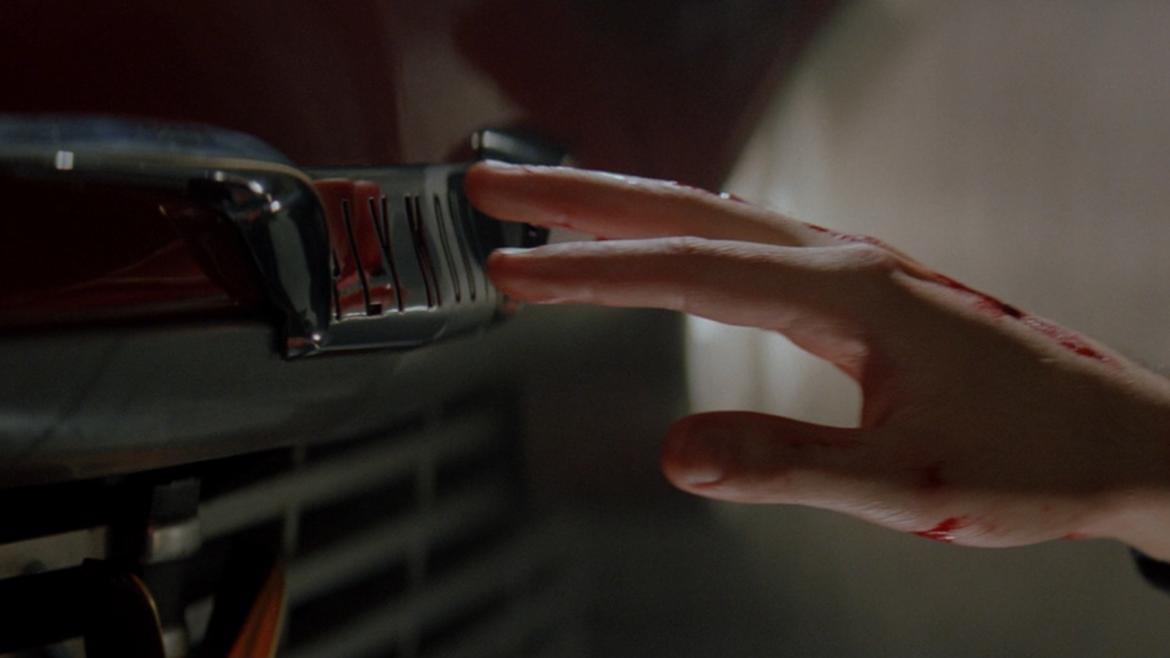 It seems that not only has writer Stephen King dominated the horror literature world, but he's managed to get most of his stories adapted into feature length films. His stories have been reimagined for the screen by some of Hollywood's best talents like Brian de Palma with Carrie, Stanley Kubrick with The Shining, and Rob Reiner with Stand By Me and Misery. This of course shows how powerful King's works have been in mainstream media in comparison with other horror novelists. Compare this career to director John Carpenter and an interesting pairing is formed. Carpenter does not have a background with novelizations, however his ability to take typically B-film focused material and launch it into the mainstream consciousness is on par with King's career. It comes with no surprise to see that the two media makers worked together as Carpenter used King's screenplay adaptation of his novel Christine to create the film of the same name in 1983. King has always had a unique touch with the plots he unravels and Christine is no different as it revolves around a killer car. Due to the bizarre nature of the story it was key to have Carpenter direct; a decision that pays off in full. While the film is not the best in Carpenter's catalogue of work (or even King's for that matter) it does deliver an engaging and tonally terrifying experience.

Arnie Cunningham (Keith Gordon) is a nerd. Not too different from Carrie White, Arnie is either invisible to everyone around him or he's being picked on by the tough guys at school. Thankfully Arnie isn't alone though as his best friend Dennis (John Stockwell) tries his best to keep Arnie safe and sound. Overbearing parents, no love life, and even the lack of a car keeps Arnie in the lower sanctum of high school consciousness. After surviving a knife fight, Arnie and Dennis come across a deal that could change everything for the nerd. An old man hoarding a beat up red Plymouth Fury propositions selling the car to Arnie. With joy in his eyes Arnie agrees to the sale and begins his work on revitalizing the classic car. Unknown to him, the "Fury" is a fitting name as Christine is a car with a taste for blood. She is a possesive creature that will stop at nothing to keep her owner at her beck and call. As Christine becomes more accustomed to her new remodel, Arnie begins to transform as well. His confidence peaks and he even scores a new girlfriend. As people that once bullied Arnie begin to disappear and those around him see his change, the truth of Christine becomes all too clear.

It's surprising how well the premise of a killer car works in the film. This is definitely in large part due to Carpenter's aesthetic and his ability to transcend camp issues. Christine as a character is well defined due to her attacks revolving around situations that are set up slowly throughout the film. Once the car is back in working order and Arnie has been established as a character in need of salvation, it becomes clear that their connection will be directly tied to the outcome of the plot. In this sense Arnie acts as a personified totem for Christine; when he is angry, she is angry and when he attacks, she attacks. A great choice was also to have Christine use powers that aren't limited to the physical so the attacks aren't continual hit and runs. The drive-in scene reveals Christine's ability to harm anyone just sitting in the car. Carpenter shoots this brilliantly with a blindingly eerie white light overpowering the inside of the car. It's a palpable image that reflects the "choking" that the characters have to endure.

The downside to the experience is the continual focus around Christine's ending. It is established that the car is nearly indestructible, much like a typical slasher killer, that will keep coming after the characters until revenge is hers. Unfortunately this prolongs a story that should be much shorter due to the nature of the plot. With an over the top premise of a killer car subtlety is key in delivering an actual horrifying experience. By the end of the film and the second "final" attack, the story starts to feel long in the tooth and in need of a serious trim down. It does not ruin the experience, but it does take away the chance that the film will be a notable horror classic.