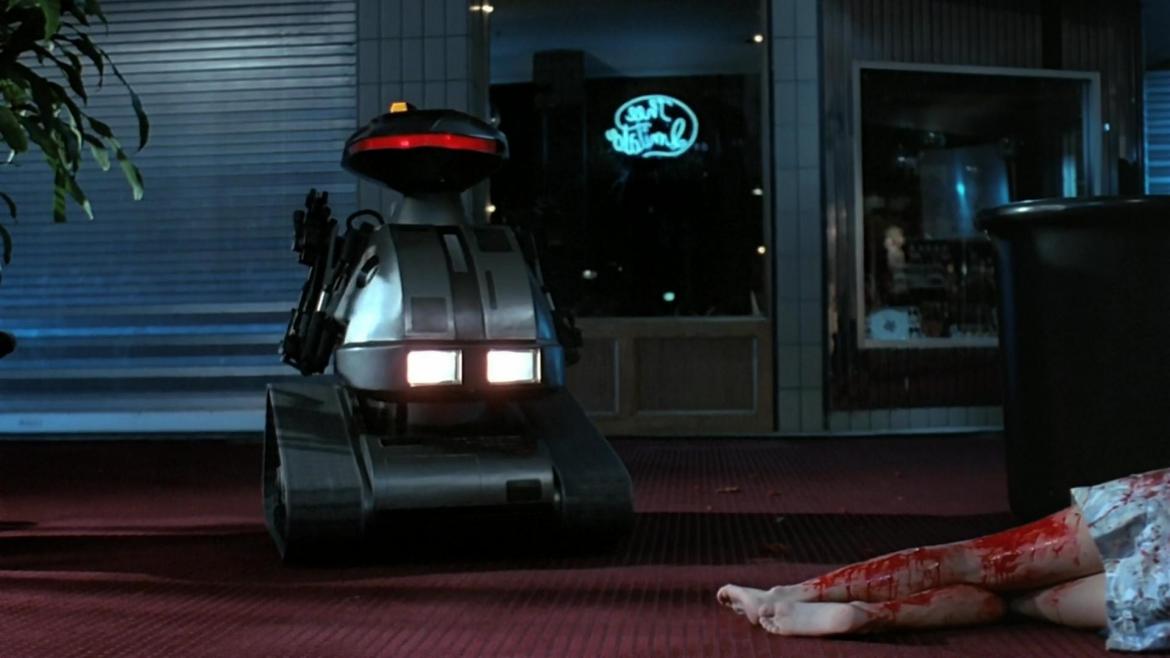 There’s a moment in Chopping Mall, a 1986 sci-fi slash-ploitation flick about a trio of mall security robots that go rogue and start offing teenagers, where one character snaps at another, necessitating an apology. What follows is a line so sublimely stupid that it seems almost purpose-built to launch the movie into cult classic territory. Without an ounce of cynicism, the offending party apologizes, justifying her faux pas by saying: “I guess I’m just not used to being chased around the mall in the middle of the night by killer robots.”

It’s a fun, dumb moment in what is a fun, dumb mash-up of The Terminator and Dawn of the Dead, done in the style of Roger Corman. Chopping Mall is also very much tuned to the era in which it was conceived. Early on, we meet four couples whose plan is to stick around their local mall (and workplace) after hours to get drunk, have very awkward sex and – in one case – chastely watch old sci-fi movies. They run afoul of the mall’s new, laser-shooting, throat-slitting security robots and, if you know 80’s slashers, you know where things go from there. The mall setting stands out as more than just a fun gimmick and a tip of the cap to Romero’s zombie classic. It’s a loving testament to a time when the mall, not the latest app, was the true epicenter of teen culture.

Like any good slasher, there needs to be at least one iconic kill – and one is exactly what Chopping Mall has. In between ample slit throats is a death sequence worthy of a quote as ridiculous as the one transcribed above. It happens early, perhaps too early, when the film’s skankiest female character goes off in search of its skankiest male character. She runs into one of the patrolling robots and it shows off its laser sight in grand form. The moment is so good that it gets reprised during the film’s end credits. It’s also so good that it sets a bar the rest of the movie’s action (mostly) fails to surpass.

Chopping Mall has a goofy title and the premise to match. Goofy is fine, but credit to second time feature director Jim Wynorski, he knows enough to not let his film overstay its welcome. The pace moves as fast a robotic security guard with murder in its red-visor eyes. Viewers are never far from a kill, a maybe intentional, maybe-not laugh, or even just some logically-challenged nudity. Truly, Chopping Mall is a bloody, silly shopping spree that delivers on all three.