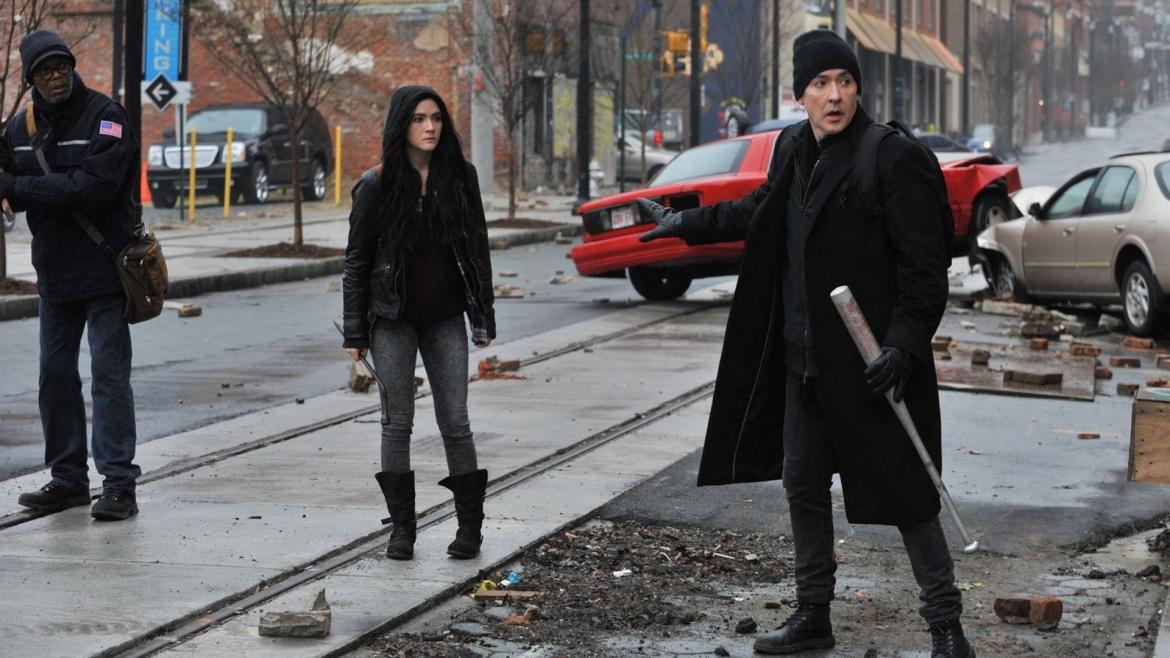 Stephen King's books are so dense and ripe with detail that the film adaptations simply can't seem to condense them cinematically. Cell, is just the latest film adaptation to limp out of the prolific writer's library and onto the screen. Like the film's infectious signal, viewers are likely to feel uncontrollable rage due to the inept screenplay--but mostly just disappointed in the toothless bore that unfolds.

Tod Williams directs from a script by King himself and Adam Alleca in which people are suddenly sent into a homicidal rage spread through a signal in their cell phones. A comic book artist, Clay (John Cusack), on the verge of a life changing deal is then sent on a harrowing journey to ensure the safety of his son.

To its credit the film jumps right into things. To its detriment, by doing so, there is zero character development. Clay simply runs into people and either they join along for the ride or they die horribly being tracked by "Phoners" (aka the people who have been infected by the signal). We just jump from location location getting glimpses into several characters arcs collecting info dump after info dump and crackpot theories. However, nothing ever seems to add up and few of the key set pieces make a lick of sense leading up a sloppy and infuriating ending.

The most obvious issue plaguing Cell is that it feels insanely rushed- like an 8 hour movie cut down to 90 minutes. Somewhere down the line someone had to have said, "Maybe we should call Netflix or Hulu and turn this into a mini-series," which was then met with, "Ain't nobody got time fo dat." Scenes have no connective tissue and appear to be included to simply check off major moments and characters from the book. The problem is that the scenes have no time to breath before Cusack and company are on the move with a pile of bodies in their wake. The result is a slapped together mess of parts that don't fit together like they're supposed to.

The cast is good. At least they do the best with what little they had. Cusack and Jackson even when they aren't on top of their game at the least retain the charms that make them actors that people seek out for their movies. Williams is also able create a few striking moments both visually and through sound design. Infected people sometimes stand around with their mouths open emanating a static like signal- the audio and visual component is thoroughly creepy. Another scene (withheld for spoilers) had the potential to wow in concept, but is ruined by bargain basement CGI.

Tod Williams directs Cell like a car thief who's jumped into a car with its gas light on and the police in hot pursuit. It starts of fast, but runs out of gas barely a mile down the road. The stench of production issues sours further the pool of King's work that has been translated to the screen. With wasted potential around every corner Cell's signal is a jarbeled mess that was never meant for the big screen.

She Who Must Burn