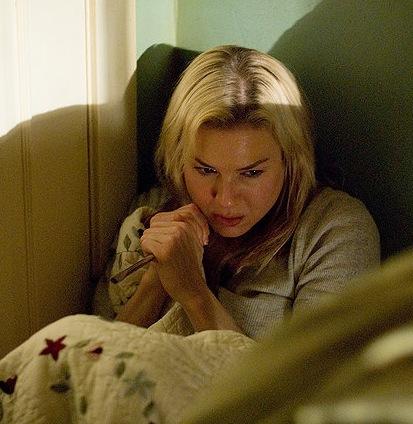 We believe in systems. Each of the promises society implicitly makes to us each day, they are enforced, codified and guaranteed by a system. We might doubt its efficacy, yes, or question the competence of the necessary bureaucracy, but the system persists despite itself, replacing fetishes and the knucklebones of saints in a secular world.

When systems break down, when they fail, that's when we feel fear. When we comprehend that they have betrayed us, dread. Horror is an examination of what happens when the universe breaks its promises.

Considering that, “Case 39” should be a much more effective film than it ends up being, taking place as it does within the framework of the child welfare system, shown through the point of view of an overworked social worker who still believes in the work she does despite the rigor of the job and a distaste for the red tape that comes with it. Unfortunately, “Case 39” stops just short of exploring the full potential of its concept. The result is a confused film – one that never confidently decides to be a possession film, a bad seed film, a 'cycles of abuse' fable or bit of J-horror weirdness, content instead to dither among those options listlessly to it's own detriment, as well as the audience's.

Emily Jenkins (Renee Zellweger) lives her job as a child services caseworker, ignoring the romantic advances of Doug (Bradley Cooper), her therapist colleague, and getting Mike (Ian McShane) – her only other friend – in hot water by coaxing him into using his position as a detective to investigate the families in her stack of cases. Thirty-eight cases, to be exact.

The titular case 39 is Lilith Sullivan (Jodelle Ferland, who last played a creepy little girl in “Silent Hill”), an unassuming ten year old being raised by her intense, terrifying parents (Callum Keith Rennie and Kerry O'Malley). Believing that the Sullivans intend to murder their daughter, Emily and Mike break into their house and save the girl's life, leaving Emily to care for Lily until permanent foster placement can be arranged. Inevitably, people start dying, leading Emily to investigate the true nature of her new ward.

Much like Wes Craven's “Pulse,” “Case 39” focuses too narrowly on its main character's personal drama instead of casting its net wider to really dig into what happens when Emily has to go against her principles to do the right thing. Yet, the film also fails to imbue the audience with a real sense of Emily's personal costs, making her the focal point of the story while never getting close enough to share her emotions. In that choice, as well as the story's methodical pacing and overlong scenes, “Pandorum” director Christian Alvart appears to wear his j-horror influences – and his relative inexperience - on his sleeve. Watching Bradley Cooper get killed by bees should never be so dull.

The cast does its best with the material – Zellweger is chipmunk-faced and stoic, Cooper is amiably smug and McShane is all gruff and no-nonsense. The weakest link is Ferland, who does little to telegraph her menace until after she's already been outed as the threat. Once she has, she vacillates so quickly between precocious and demonic that neither has any staying power. The material that "Case" has, though, is sometimes laughable and awkward, despite the promise the film wields in the first act. Starting with the state's investigation of the Sullivans' seeming abuse of their daughter, “Case 39” seems to promise a symmetry that is completely abandoned in its third act in favor of a hallucinatory car chase. The subversion that is inherent in the early parts of the film – that children are victims who need our intercession – vanishes with no more than brief lip service paid to it.

The Taking of Deborah Logan