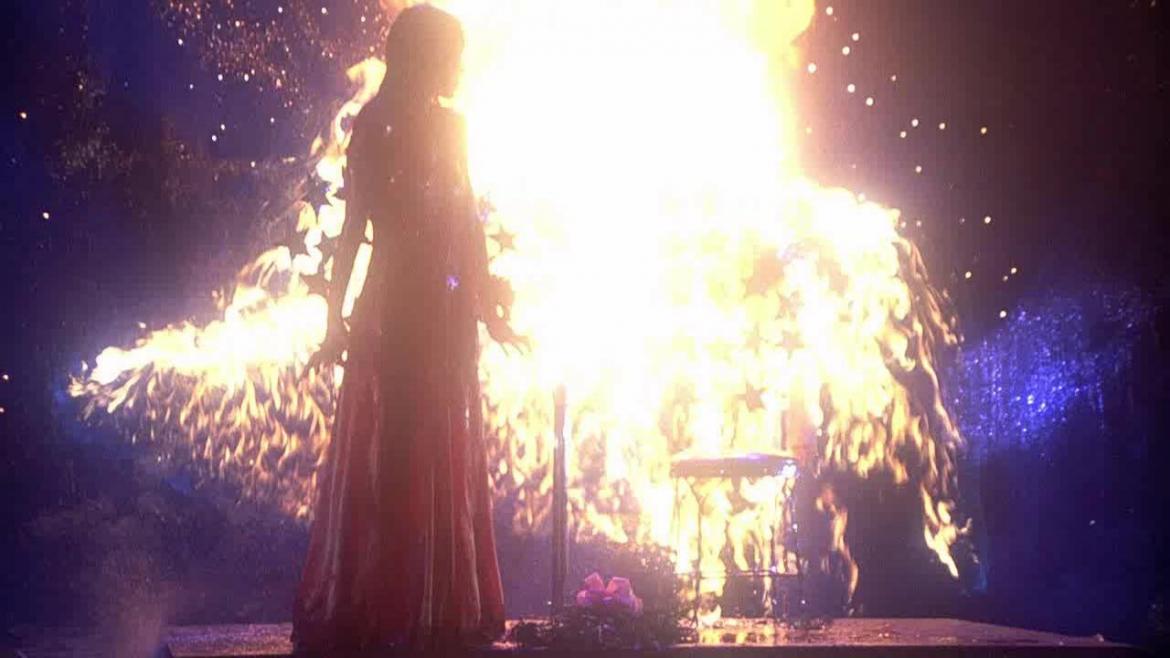 The phrase, “Based on the novel by Stephen King,” has become commonplace in the world of horror movies and TV. To date, more than one hundred of his stories have been adapted for either the big or small screen, but that wasn’t always the case. The almost total proliferation of the genre is thanks, at least in part, to the sweeping success of the first movie to take one of King’s story as inspiration, the honor of which is to be bestowed upon the 1976 film, Carrie.

Our protagonist is Carrie White, a high school senior (famously played by Sissy Spacek)who is doesn’t fit in at school. The only daughter of a fanatically religious, single mother (Piper Laurie) Carrie is traumatized by the appearance of her first period. Traumatized by the sight of her own blood, and ill equipped to understand what is happening to her, Carrie is taunted by her classmates who chant “Plug it up” and throw feminine hygiene products at her. Upon returning home, she is berated by her mother, who literally beats her over the head with religious text. And as if struggling with her newfound womanhood wasn’t enough, Carrie discovers that she has developed telekinetic powers.

When you think of Carrie, the first images that come to mind are likely those of a blood-drenched prom queen wreaking havoc on those who wronged her. Not only because these were the stills that were plastered on posters, VHS sleeves, and DVD covers, but because the climactic scene at the prom is one that is earned by every moment of the movie that precedes it. Carrie’s humiliation is so tactile and tragic, the viewer can feel it. It resonates in every memory of your high school experience that you wish you could forget. All of the work that’s put in at the outset of the film makes the revenge all the more sweet. In a story that is - for all intents and purposes - about society’s fear of female sexuality, De Palma creates a character arc that male and female viewers can easily relate to.

While the story of being shamed in high school has proven to be essentially timeless, there are a few elements of Carrie that date the movie and can feel a bit jarring on a current viewing. One such element is the relationship between Chris (Nancy Allen) and her boyfriend Billy (John Travolta), which is retrograde at best, although not at all an unusual representation for the time the film was made. The other place where the movie shows its age is in the score. In the places where the music is upbeat and carefree - like in the tuxedo shopping scene (which also features a ridiculous sped-up scene), it really takes away from the tone and reminds you that this is not a new movie.

Please don’t think that I want an updated Carrie, we tried that and it didn’t work. This is a fantastic piece of cinema history and was the start of a beautiful relationship between filmmakers and Stephen King that has had some very exciting (and some much less exciting) results.