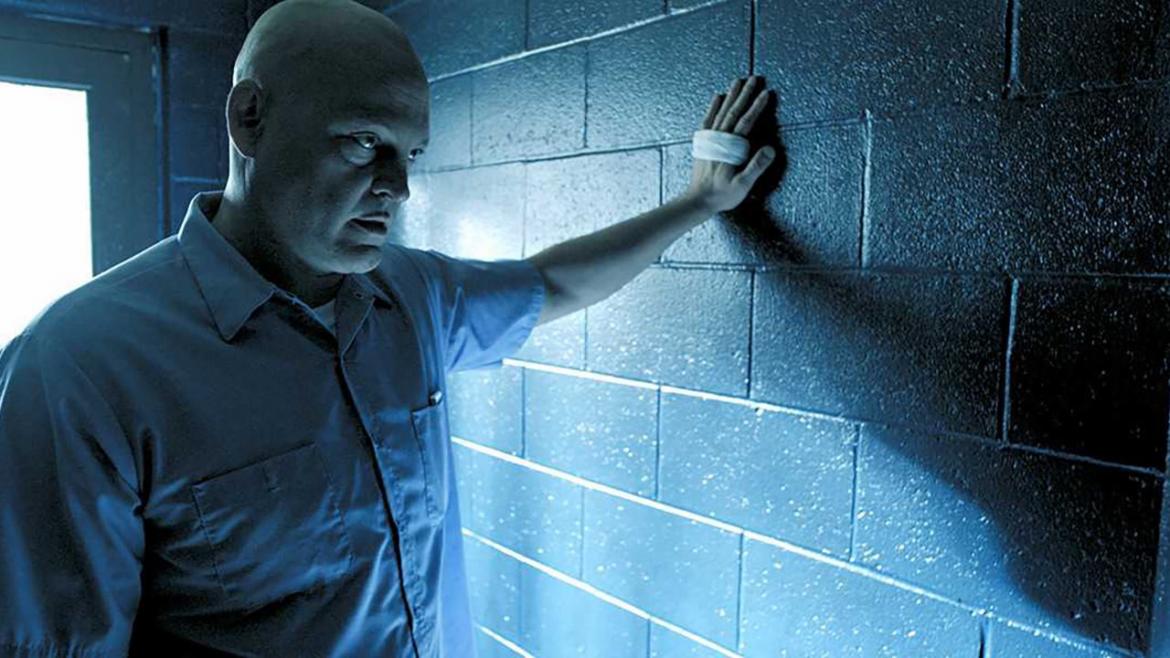 S. Craig Zahler is a man waging a painful to watch war on everything that dares to have bones. Bone Tomahawk, a fine piece of western tinged horror had some mighty and bone crunching bursts of violence, but perhaps even that film cannot prepare you for the stomach churning ultra violence that awaits in Brawl in Cell Block 99.

Zahler again keeps things fairly simple by setting the stage with Bradley Thomas (Vince Vaughn in perhaps his most robotic but brutally efficient performance yet), a former boxer who, after patching his fractured relationship with his girlfriend Lauren (Jennifer Carpenter), turns to running drugs to provide for his family. Bradley finds himself imprisoned when a drug deal goes South and Lauren (now pregnant with a baby girl) is kidnapped at the request of his former boss. Brad must literally fights his way into the deepest depths of the Texas prison system to ensure the safety of his girls.

Like Bone Tomahawk, Brawl in Cell Block 99 is deliberately paced. Time is spent getting to know Bradley and Lauren so the emotional payoff has its maximum impact. For the right crowd, the one that can still shed a tear or two after watching skulls get crushed in, boy does it ever land. Once Bradley lands behind bars it's a nonstop barrage of cracking bones and fists violently slapping bare flesh. Horror vets won't question its rightful place on the outskirts of the genre once the fisticuffs begin and even the most stomach hardened amongst us will find their psyche broken and bruised by the carnage.

Vaughn is as intimidating as ever--his lanky physique guiding through robotic fight choreography that feels natural but has an awkwardness in its visual presentation. In spite of that though, the brutality of it all is entirely too intense and cringeworthy to ignore. Now, that's not to say the violence is at all realistic. In fact the carnage is almost laughable at how over-the-top it can be, which is what keeps the film's overall tone from becoming too heavy. Yet, it stays grounded and dark enough for it's emotional wallop to land like a well placed haymaker.

Slow and plodding, Zahler's Brawl in Cell Block 99 is another heavyweight title card that waits its audience out before pounding them into pulp in the final round. Vaughn's southern affectation is an acquired taste, but once you settle in for the long haul it's his bruised knuckles and face stomping that does the talking. If you hadn't already its long passed time to keep Zahler's work on the forefront of flicks to ogle the second they are available.