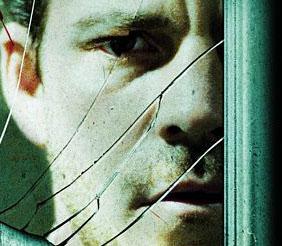 In debt to a Russian mobster, Stephen Dorff finds himself attempting to steal an ornate cross from a Moscow high rise. Partnered with two hapless Russian criminals, all seems to be going well until Russian sidekick #1 grows trigger happy and kills someone in the heist attempt. Soon Mr. Dorff and company find themselves on an elevator full of passengers, stuck on the thirteenth floor with security in hot pursuit. Their simple heist then turns into a hostage situation and all begins to go down hill as they soon learn that the hostages have quirks of their own. As if that weren't enough, things are complicated further when they discover a serial killer stalking the halls of the thirteenth floor.

First off, fair warning: I'm a Stephen Dorff fanboy. I can't say for sure why, but I think it stems from his first horror feature "The Gate". Sure, he's not the greatest actor in the world but I generally enjoy it when he shows up in a movie. While this factor may flavor my opinion of "Botched", I believe the movie has many other strengths to stand on that make for a pretty enjoyable horror comedy. Now, I use the term "horror" here lightly; other than the fact that there's a serial killer involved, there's not much horror here. Still, the movie manages to hold a dark sense of humor that left me laughing out loud throughout.

While the writing is pretty enjoyable or "Botched" the highlight of the movie is it's cast of misfit hostages. The majority of the laughs comes from these folks as they bumble about making their own quirks known. From the mercenary wanna-be security guard to the neurotic young man who only wishes to go home, to the prudish Russian religious zealot, they all bring laughter to the forefront. Dorf's two Russian sidekicks are a laugh riot in their own right as one is an aggressive blow hard while the other is a milquetoast simpleton who only wants to eat his sandwich.

The movie manages to feel like a standard heist comedy from the start, setting forth the standard trappings of the genre for the first twenty minutes or so. As the gang descends upon the thirteenth floor for the first time, the movie begins to shine in it's black comedy effort. As mentioned before, Stephen Dorff is our biggest name actor and has a pretty standard and low key role throughout. He has his moments, but the focus is more on the supporting cast than his role here. Other faces you may recognize include Jaime Murray who plays Dexter's criminally insane love interest on Showtime's "Dexter" (who I might add is sexy even with her clothes ON) as well as Bronagh Gallagher who once graced the screen in 1991's "The Commitments".

"Botched" does not really contain a lot of surprises; it's a straight forward killer comedy. Thankfully, it handles the comedy moments well since it goes light on the horror. I laughed pretty hard throughout, I feel you would do the same! Definitely give it some time if you flip across it on cable late at night and it would be worth the rental as well.