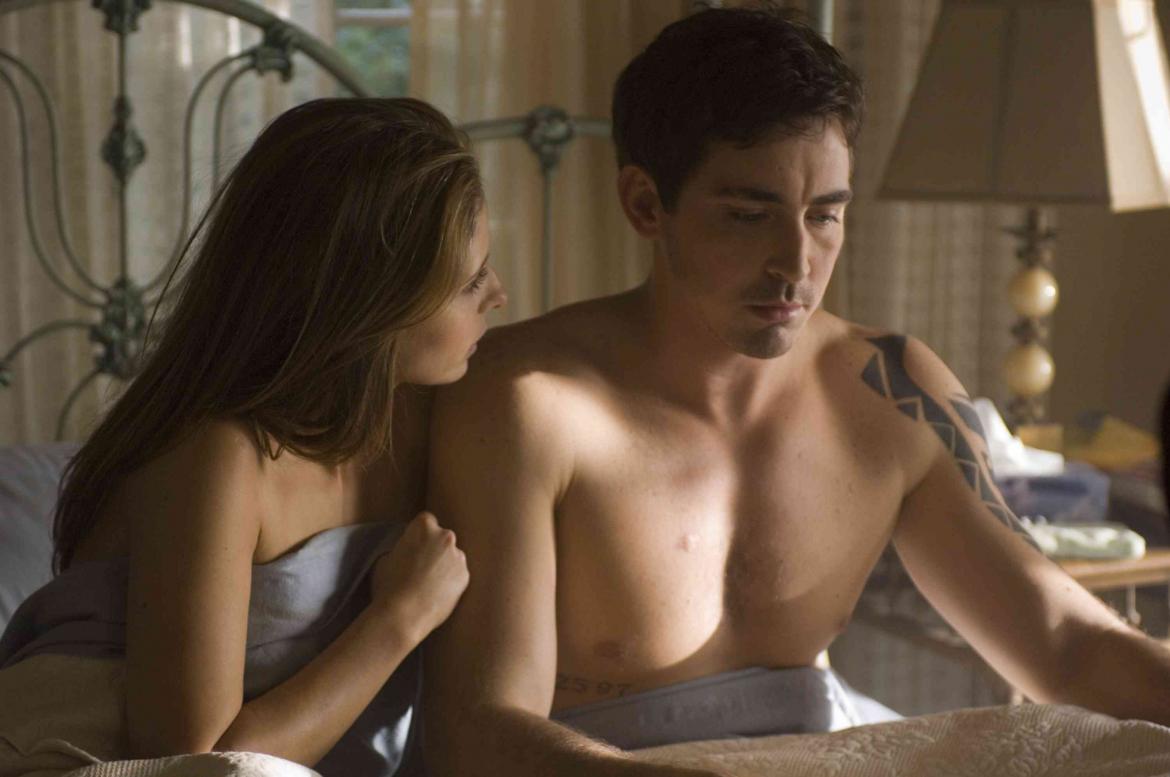 Sarah Michelle Gellar doesn’t make sense. She was the title character in one of the most critically and popularly acclaimed horror television series of all time. The majority of her film work has been in the horror genre. She even did two stints in the James Gunn-penned Scooby Doo franchise. On paper it would seem that SMG is bursting with horror cred and in the mainstream media she’s often referred to as a “scream queen”, but by and large the horror community, even those intimately familiar with the complicated mythos of Buffy the Vampire Slayer, couldn’t care less about Sarah Michelle Gellar.

When you look closer at her filmography, it all comes clear. Sure, she’s appeared in many horror films but without exception they’ve all been mainstream horror films that aren’t made for genre aficionados but rather for general audiences who might like to see a scary movie every now and then. Citing a Sarah Michelle Gellar film as a horror movie you enjoy is the equivalent of owning one Kanye West CD and saying that you’re a big fan of hip-hop. There’s been a lot of discussion about how in recent years horror films have left the cinema to flourish on DVD. It is notable that until now, all of Sarah Michelle Gellar’s horror films have had a fairly respectable cinematic release. That streak was broken with “Possession”.

“Possession” has had a long and troubled road to release. A remake of the 2002 South Korean film “Jungdok”, “Possession” was originally set to be released theatrically as early as February of 2008, but bounced between a number of release schedules and distribution companies before making its August 2009 cinematic debut (and only theatrical appearance) in Israel. After languishing for another half year in limbo it’s finally hitting Region 1 DVD, only a few years past the sell-by date on Asian horror remakes.

Gellar plays a harried young lawyer with a fairy-tale marriage save for one hitch: her ex-con brother-in-law (Lee Pace) who is living with them until he gets off parole and back on his feet. We’re clued in to what a ne’er-do-well Pace is by the fact that he engages in crazy Mickey Rourke sex with his surfer girlfriend and that he drinks juice directly from the carton while standing shirtless in front of the fridge. Having had enough of his juice-guzzling ways, Gellar insists that Pace move out. He loads up his car and heads out for some angry bad-boy driving which results in him having an absurdly improbable wreck with his brother’s truck.

The two brothers are both comatose, initially with little hope for survival. In due time, though, the bad boy brother-in-law wakes up but, wait for it… he thinks he’s the married brother. Even though he can describe their wedding and many of their most intimate moments in detail, Gellar can’t accept that her husband’s soul has somehow taken over his brother’s body. As time goes on, she begins to drop her defenses but she’s never really sure if her husband has truly returned to her or if something else is at work.

If you think this plot sounds like something from a soap opera, you’re not too far off the mark. The comas, secret identities and good brother/bad brother dichotomy all feel like they’re ripped directly from a daytime soap and that’s about the level most of the film is played at. Just from reading the preceding synopsis, you can probably guess what’s really going on. There are zero surprises in this movie as it plods from reveal to reveal, expecting the audience to be surprised when most likely they’re bored out of their minds because they’re three steps ahead of every character.

It’s amazing that such a weak story was deemed worthy of a remake and most of the flaws come out at the script level. Lee Pace does an admirable job of playing both the bad and the good brother and there are a few visual flourishes throughout the movie that hint at some real talent behind the camera. None of these occasional flashes of competence can make up for the fact that this movie is mind-bogglingly dull and so painfully obvious that it might as well have flashing arrows saying “This is important!” popping up at every plot point. Like much of the rest of Sarah Michelle Gellar’s cinematic output, “Possession” probably has more appeal for fans of “Days of our Lives” and teenagers looking for a dark place to make out than it does for horror fans.