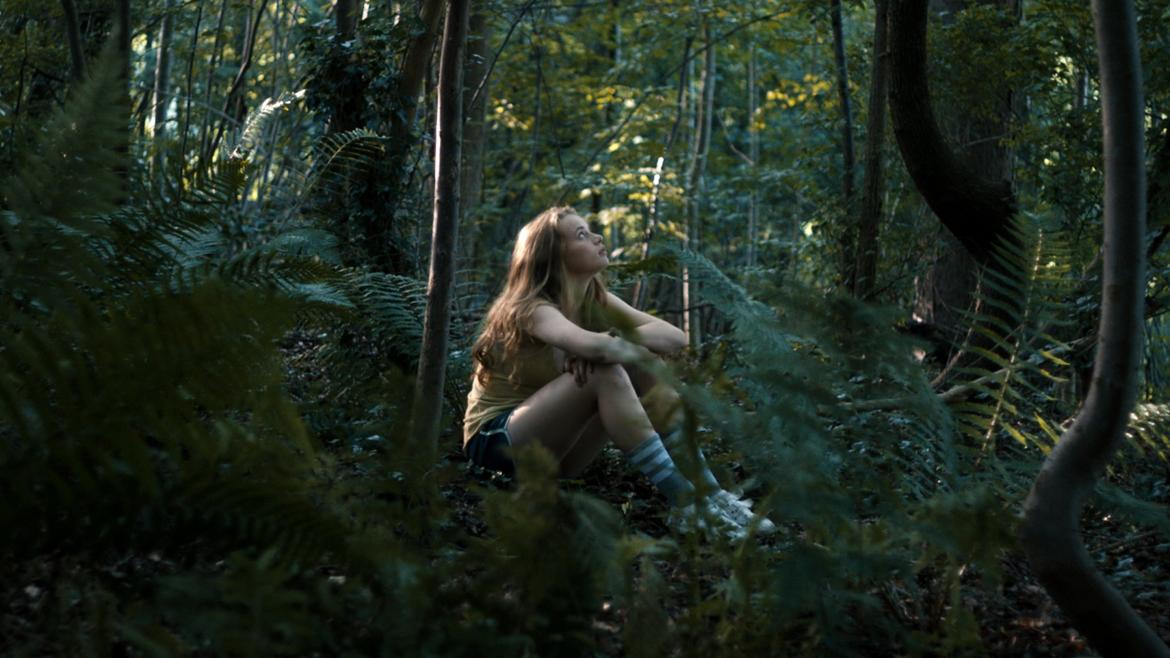 Part fairy tale, party body horror, and all harrowing, Lisa Brühlmann’s Blue My Mind is like Ginger Snaps for a new generation of horror fans.

[Disclaimer: I am certainly not saying this this movie could or should replace Ginger Snaps. You would have to be crazy to suggest such a thing!]

The Swiss film follows a young girl named Mia (Luna Wedler) who is very much in limbo. Mia is a young woman in a new city and at a new school who is trying to make a place for herself in the midst of puberty. She is struggling to discern who she is and what any of the changes that her body is undergoing mean. There is tension between Mia and her parents and she is struggling to fit in with the popular girls at school who present themselves as much more sexually mature than Mia. When her body starts changing in ways not found in any kind of textbook-like growing webbing between her toes and developing an appetite for raw fish-she becomes increasingly distressed and isolated from everyone in her life.

Blue My Mind plays out like a beautiful allegory for so many of the struggles that young people, and young women in particular, go through during their teenage years. In one particularly heartbreaking scene early in the film, Mia seeks medical help after noticing the first change—which appears to be directly tied to her getting her first period. When she flounders in trying to explain what has happened to her, the doctor denies her experience and Mia, clearly hurt, rushes out of the office. From this point on it appears that she decides to handle what is happening to her entirely on her own. When she begins craving raw fish, she indulges a few times, but the pain and shame is palpable. The parallel to disordered eating is undeniable and Luna Wedler’s performance in these scenes is breathtaking. In the moments before she gives in, her face is contorted. Anyone who has ever felt guilt or self-hatred for eating that piece of birthday cake or candy bar will all too easily relate.

Mia’s friendship with Gianna (Zoë Pastelle Holthuizen) and the other girls is equally well-drawn. One of the first scenes with all four of the girls is set in one of their bedrooms. The scene plays out a lot like the scene in Mean Girls where the girls go over to Regina George’s house to pick apart their appearances and their classmates. Only there is no humor here. These girls are not old enough to drive yet and they are doing everything they can to be sexy and desirable. They practice suggestive dance routines and dress in skimpy clothes, all the while posting everything to social media for the consumption of others. Gianna and Mia's actions are more for others rather than themselves.