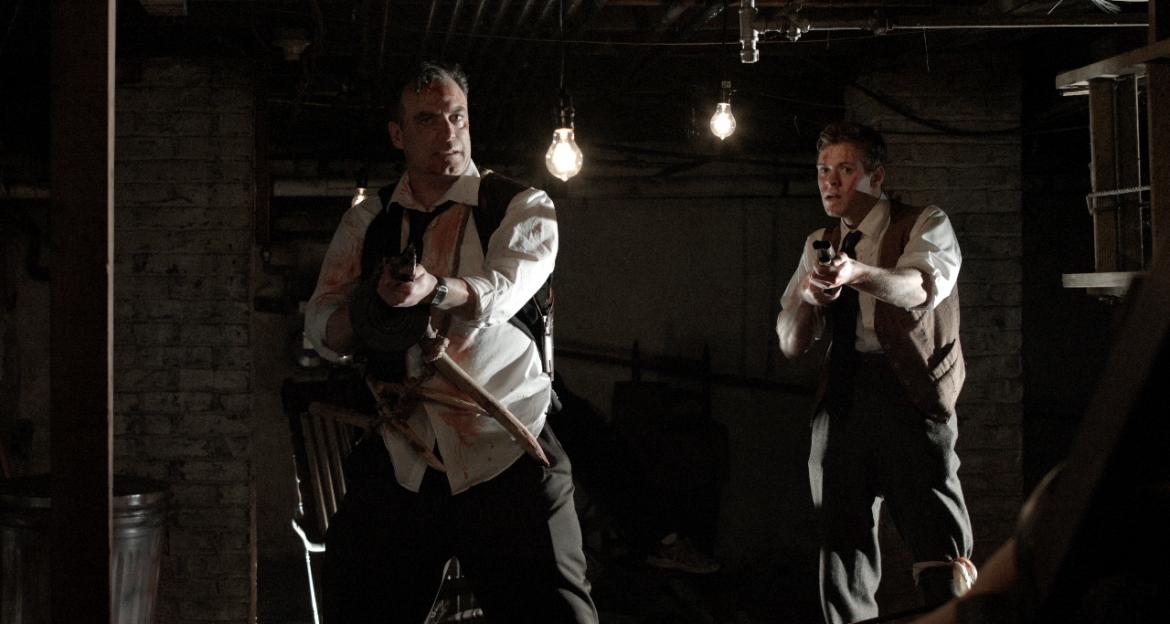 It’s easy to dismiss a fun, stupid movie as being easy to make. After all, most times when you hear the phrase it’s been proceeded by the word “just” in an act to dismiss and slander. Though if you would consider the pantheon of films you hold dear in your heart certainly you would find some idiotic gems among the rubble, even if you aren’t willing to admit to yourself they aren’t intellectual masterpieces. But what those films have is focus and the ability to commit to what they are with swagger and self-confidence. A much more difficult task than one might first consider. That type of achievement takes strong leadership and a firm guiding hand by the director to boil the story down its essence and harness it into a visual display to behold.  This defining boldness is what Bloodrunners lacks.

This a film that stars Ice-T as Chesterfield a prohibition gangster who is a band leader for a shady nightclub who is a vampire and running liquor (spoiler alert: its blood) in a small town. When the police come knocking to shake them down, a fight ensues between the police and the vampire gangsters in what should be a thrilling all-out battle to the death.

The setup is all here. This films simply needs to get out of its own way and let you have gangster vampire Ice-T in all his pimptacular glory. And don’t get me wrong, it’s here, the scenes Ice-T gets he makes the most of and even when his dialogue doesn’t land, it’s because of obvious awkward editing and poor scene construction. But the truly egregious crime is that his performance is buried among countless scenes laced with anachronistic dialogue that makes you roll your eyes, C-level performances that make you wish you were being shot by a tommy gun and bizarrely placed failed comedic attempts. It grinds this film to a halt and then forces it to attempt to start all over again preventing it from ever gaining momentum and sweeping you up with it.

What Bloodrunners needed is to commit and be brave enough to be what it truly is. Not a stage play with dramatic dialogue; not a wry comedy with a sense of irony; but a focused, action-vampire thrill ride with Ice-T at the helm like a sweet sweet cherry on top.