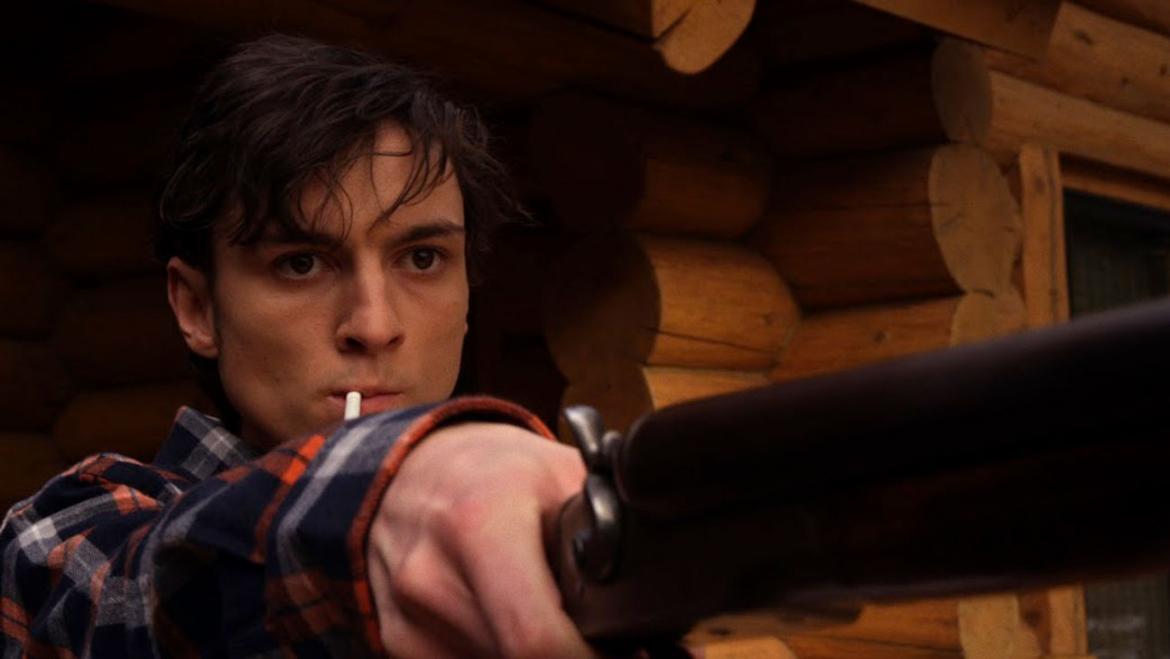 Indie horror has been the backbone of the genre for quite some time now. Even some of the hard hitters within the genre have turned to lower budgets to either revitalize their career, or jump start their creativity. Perhaps even more important is that indie horror helps blaze a trail for fresh voices, which come from even the most unexpected places. Blood Punch comes to us from a team which has spent more time helping to create the images that hypnotize the children/tweens of the world than delivering a fresh perspective in the world of horror.

This particular head trip finds a trio of Power Rangers R.P.M. alum delving in the meth business as well as ancient Native American curses. Milton (Milo Cawthorne), an addict currently in rehab, is wooed by Skyler (Olivia Tennet) to accompany her to a secluded cabin to cook a massive batch of meth for her beau, Russell (Ari Boyland). The endgame being to make enough cash of the inevitable drug deal to set each of them for life. However, drug deals are never as cut and clean as they appear on the surface and unlucky for everyone involved in this one, murder isn't all that simple either.

Writer Eddie Guzelian and director Madellaine Paxson along with sharing the Power Rangers connection with their cast have zero background in the world of horror. Their combined credits do however span the likes of Winnie the Pooh, Kim Possible, Lilo & Stich, and even some Disney direct-to-video fare. The way they've tackled the genre sometimes shows their inexperience, but still manages to be smarter and funner than a lot of the bottom feeding releases Hollywood spews into theaters on a regular basis.

The film takes a while to really hit its stride, but once things start getting a little bloodier the more wickedly entertaining the whole premise becomes. The less you know about the twists and turns in store for Milton, Skyler, and Russell, the better. Along the way audiences will have time to accept that no one in this film is a particular strong performer, or that the score is wildly inconsistent with the already humorous tone, but stick along until the end and it's likely you won't feel cheated. If nothing else you can tell everyone you saw a Power Ranger getting it on under a shower of blood.

Blood Punch is the blood soaked love-spawn of Groundhog Day and Breaking Bad. The film as a whole isn't always as clever as it thinks it is, but boasts a script full of smart surprises and a wonderfully dark sensibility. Seeing a film that manages to be this fun while keeping a dark sense of humor and some bloody (albeit sometimes tame) carnage from a team of veteran kid-friendly entertainers proves that there's no limit to what can be done in the genre or who can create it.