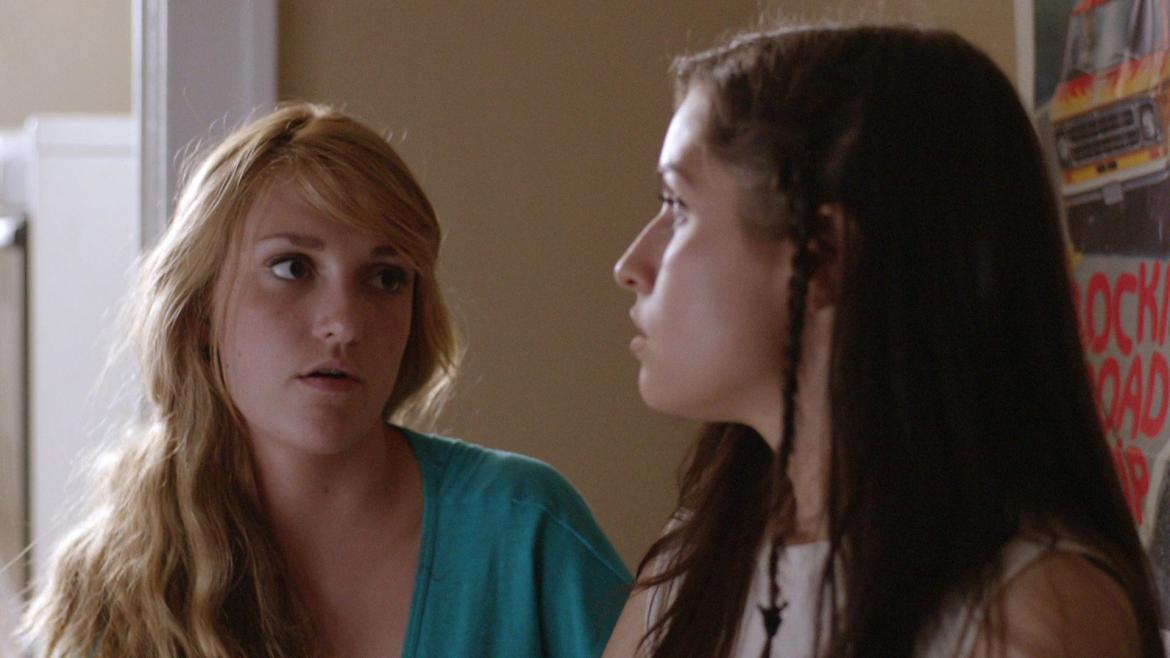 Return to Nuke ‘Em High not only marks the return of a franchise which had sat dormant since 1994, it’s also the return of series creator and Troma mastermind Lloyd Kaufman to the director’s (and co-writer’s) chair. The franchise’s previous two entries – which are glossed over during an opening montage – were made with him serving only as a producer. Kaufman brings with him plenty of self-aware comedy, social satire of varying degrees of effectiveness, and a few Troma Easter eggs obvious to even the barely initiated. He also packs his film with references to a diverse collection of other works such as Glee, Evil Dead, and Carrie.

In the film, a Taco Tuesday lunch (provided by a local dastardly corporation) transforms the school’s glee club into a Mad Max styled gang called the Cretins. It’s up to newly minted lesbian couple and former archrivals, eco-blogger Chrissy (Asta Paredes) and rich-girl Lauren (Catherine Corcoran), to use any means necessary (including giant penises and toxic breast milk, obviously) to keep the Cretins from destroying the town.

Return to Nuke ‘Em High is steadfast in its intent to offend. No subject, not even school/theater shootings, is off limits. At times, you can almost hear Kaufman muttering something about the PC Police and how “This outta get ‘em.” While the film’s humor will likely rub some audiences the wrong way, it’s hard to imagine many monocles dropping from the eyes of viewers raised on the foul-mouthed social commentary of South Park.

The gasps that Kaufman so clearly craves may not come, but his movie does earn its share of chuckles. The film is one long stream of jokes, so even if two or twelve in a row miss, one that lands won’t be far away.

The Vol. 1 in the film’s title is a concern. Unless the second volume of Return to Nuke ‘Em High has a significant amount more going on in it than part one, there’s no way this split was necessary. Looking back on the film as the credits rolled following its abrupt end, while it wasn’t exactly boring, it also wasn’t 90 minutes well-spent narratively-speaking.

It’s safe to say Return to Nuke ‘Em High Vol. 1 will not appeal to everyone. It’s not really a bad movie, and when it is, it often seems intentional. Between the never-ending gore and sex and a sense of humor that seems permanently jammed somewhere between the playground and the locker room, it’s simply a high-risk recommendation that some will love and others may end friendships over.