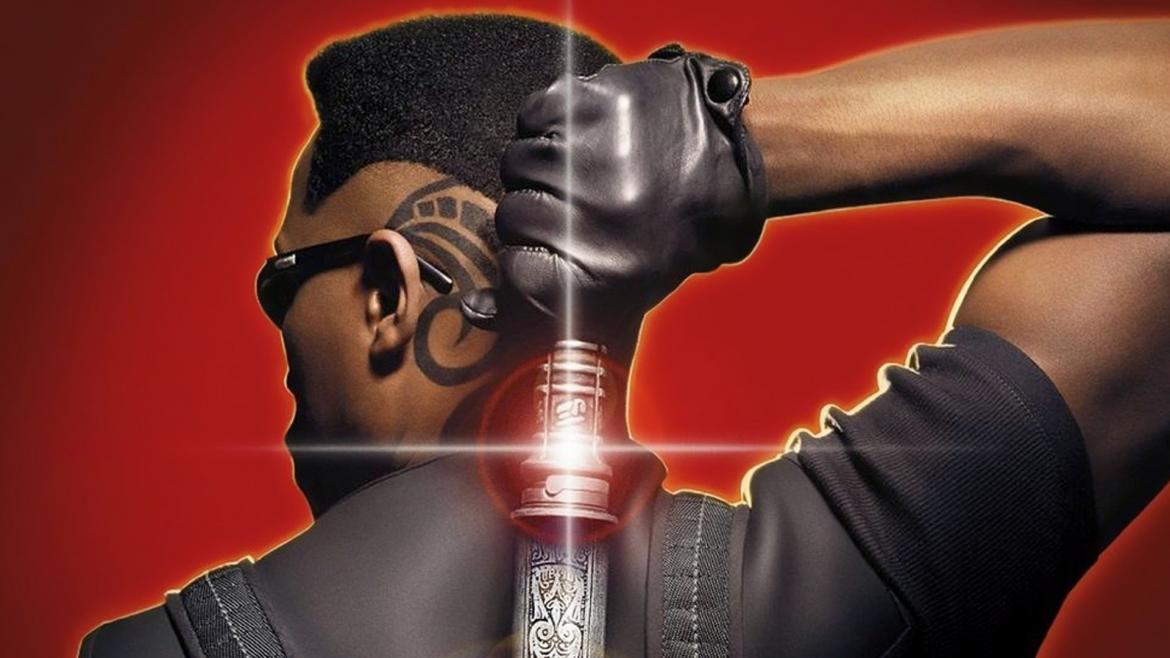 Blade is one of those movies that was a little too influential for its own good.  It was the first time a they got Marvel superhero right on film. It pioneered the horror action genre that would spawn endless Resident Evil and Underworld sequels and ripoffs.  It was rocking the trenchcoat and sunglasses kung-fu style a year before the Matrix. It was David Goyer’s introduction to the world as the guy who writes every other superhero movie.  Even though it’s a bona fide minor classic in two genres—horror and action—it’s still mostly relegated to a footnote of history, forever upstaged by its admittedly superior sequel.

The premise of Blade has also been mined by so many movies that it feels like far more well-worn territory today than it did back in 1998.  When his pregnant mother was bitten by a vampire, Blade was born as the Daywalker (a term that, in yet another example of Blade casting a shadow so long that the source is forgotten, now returns a South Park joke as the main Google result).  With the help of Kris Kristofferson as a kind of crusty vampire-slaying-implement-inventing Q, Blade takes on a coven of raver vampires trying to resurrect a vampire god.

One of the secret weapons of Blade is Wesley Snipes, himself an actor who for various reasons has gone from the A-list to semi-obscurity.  Many people don’t remember that Snipes started out as a serious, acclaimed actor before he redefined his image to become one of the biggest action stars of the late 90s.  As one of the few American action stars with serious martial arts chops, Snipes is a blast to watch in Blade, pulling off some impressive moves and striking badass poses as he chops and pops bloodsuckers left and right.

Where the movie really falters is at the end when the blood god is revealed via some CGI that is quite bad even by 1998 standards.  In between the monsters that look like they escaped from a Quake II mod, there’s still some great fighting by Snipes, as well as one of the greatest, weirdest action hero catchphrases ever recorded on film. kiev.natashaescort.com

Maybe it’s impossible for someone today to watch Blade for the first time and feel the impact that it had when it was initially released because in the ensuing twenty years, elements from Blade have seeped out into the greater world and infected it, transforming it like, oh, I don’t know, let’s say a werewolf.  At times it does feel like it’s just laying the groundwork for Guillermo del Toro to swoop in and remake the elements into their final boss form with Blade II, but the film that kicked off the franchise deserves to be revered as the granddaddy of a million beloved, befanged, be-ooty-kicking strands of culture.