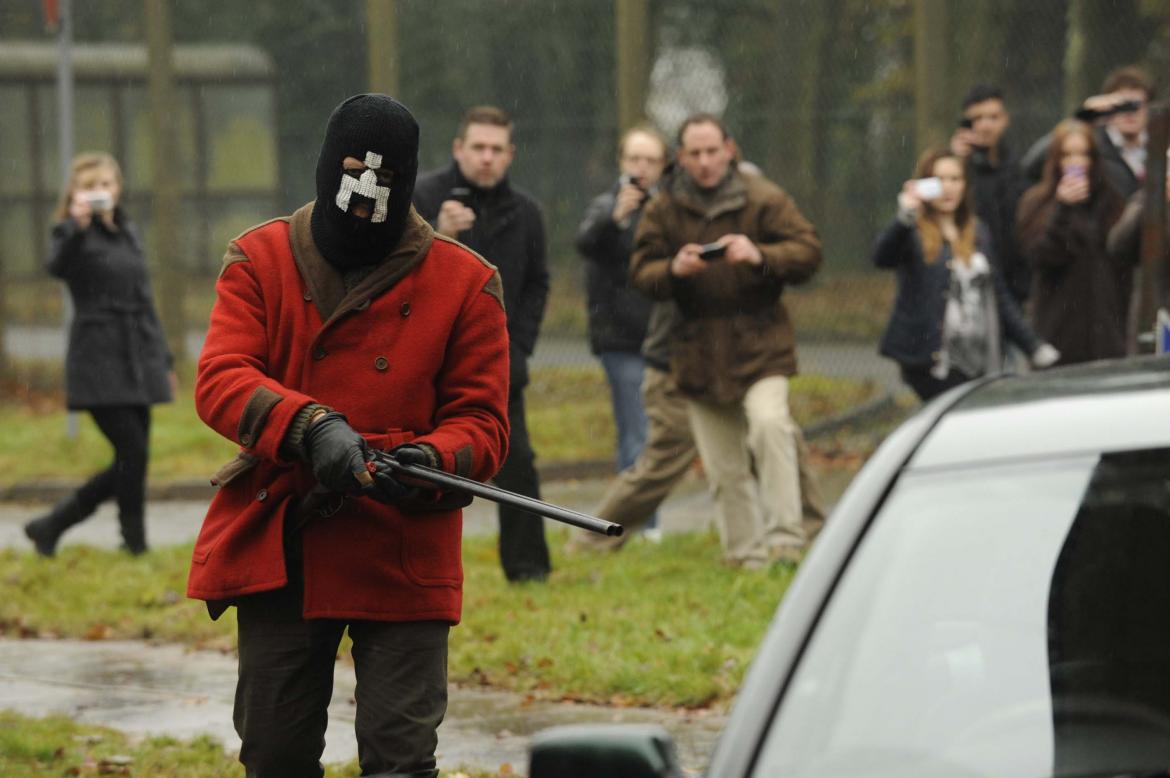 Willa Paskin recently wrote a piece cataloging a shift in media consumption from casual social occurrence to an incremental yet intensely ravenous adoration. As I’m writing this the United States Government has all but made official the involvement of North Korea in the Sony Pictures Entertainment hacking scandal and the subsequent threats of violence should “The Interview” be released. And While Paskin’s article and acts of cyber-terrorism are exclusive they point to our increasingly complicated relationship with technology in our public and private lives.

The British TV show “Black Mirror” from creator and co-writer Charlie Brooker is framed precisely with just such questions in mind. Originally released in two series in 2011 and 2013 certain spheres of the interwebs stateside have gone bananas over the show’s release on Netflix streaming (itself an act ripe for some sort of cynical, dystopian treatment). Earlier this week those lucky Brits were given the opportunity to hold yet another 90 minute episode entitled “White Christmas” over our collectively clamoring heads like some sort of malevolent, Union Jack clad mother bird. We still got the Boston Tea Party.

Similar to its predecessor the second series of “Black Mirror” consists of three self-contained episodes. Though exhibiting some mild stylistic consistencies and a customary coda little connects these narratives aside from their attention to the ways people and/or humanity utilize technology in a society only slightly askew from Britain today. Where it could be argued the first series loosely takes technological exposure as its theme, the second series seems more interested in personal involvement within and abuse of technology.

Series opener “Be Right Back” centers on cute-as-a-button couple Martha (Hayley Atwell) and Ash (Domhall Gleeson) as they encounter an unexpected tragedy. This forces one of them to navigate their grief through a service which assembles a semi-conscious AI through a person’s digital footprint. Though the early stages of these interactions appear beneficiary the services provided burst through the uncanny valley with some unexpected consequences. Quite, demure, and poignant, the episode never goes for the sensational but creates a provoking narrative about memory and love.

“White Bear” finds an un-named woman (Lenora Crichlow) with amnesia awakening into a post-apocalyptic landscape populated with violent, psychopathic “hunters” and compliant “observers” forced into a zombie-like state in which they obsessively record on their phones. The nameless protagonist happens upon Jem (Tuppence Middleton) and Damien (Ian Bonar), a pair of survivors with a plan to disrupt a transmission which is apparently the root of the situation. As in a long tradition of sci-fi anthologies there is, of course, a twist which subverts our expectations. And though the time constraints of the format don’t allow for a more satisfying exploration, the episode is still a tightly plotted and twisted story about justice, complacency, and media.

The series finale “The Waldo Moment” centers on Jamie (Daniel Rigby), an insecure comic who performs as a crass, blue, cartoon bear named Waldo on a TV show resembling a gonzo version of the “Daily Show”. The character has reached such heights in popularity the producers have decided to give Waldo a shot at a show of his own. Sent to nab some ratings from politicians during a local election it quickly becomes apparent Waldo’s popularity may be providing some effective political leverage.  The episode works the most when it is focusing on an ironic twist on “slut shaming” and “mansplaining” but the lofty heights it reaches for in its final sequences are just beyond its reach, making for a rather unconvincing, slightly hollow conclusion.

Though lacking some of the finesse and punch of the first series, series two of “Black Mirror” offers another set of hefty spoonfuls of sweet, luscious genre material in thoughtful, well-acted, stylish packages. Brooker’s wit and ability to reinvigorate and work with science fiction tropes is yet another indicator of television’s new golden age.