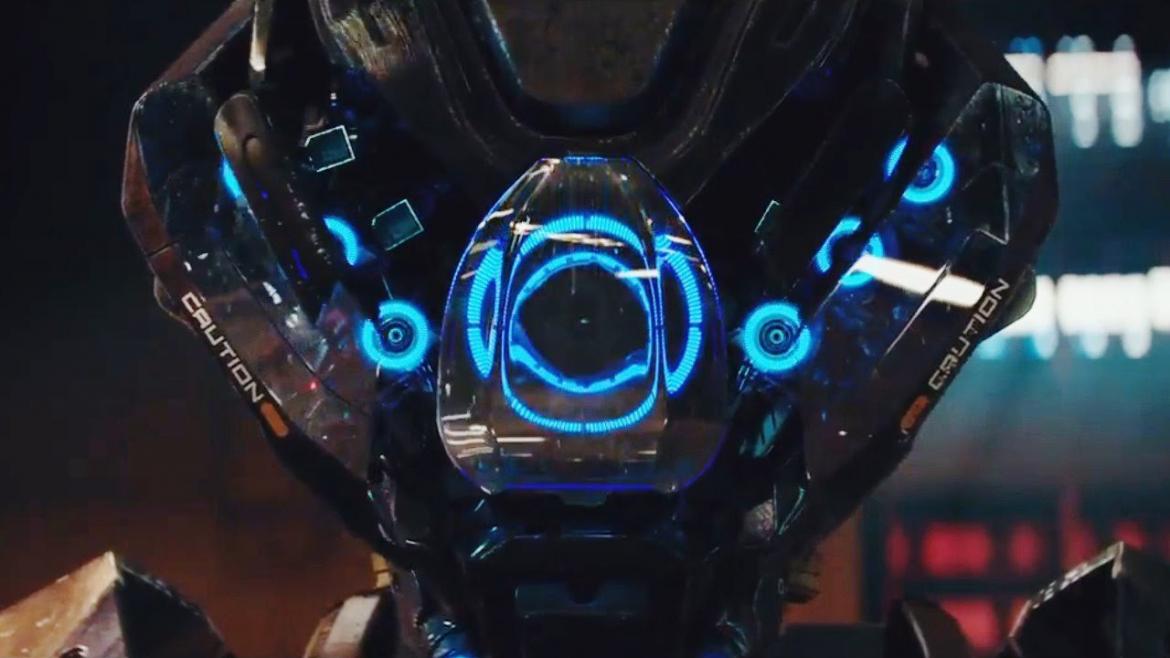 Lots of directors have taken inspiration from the great James Cameron and his many iconic films. Add first timer Steven Gomez to that list as his debut, Kill Command, is one part Terminator and one part Aliens--and to change things up a bit, maybe a dash of Robocop on top. However, the eager filmmaker seems to have been caught in an endless code of homage and forgot to program in some innovation along the way.

To be fair innovation isn't really the point here. Instead, what we've got is an isolated setting with an ambitious set of goals that might have been a little overmatched in the realm of sci-fi. Kill Command is set in an undisclosed amount of time in the future where we've advanced to having lumbering robots doing various tasks. We follow a group of militants sent to an off-site training facility where they discover a secret project that might render mankind obsolete.

The real thing to admire about Kill Command is the astounding special effects. They are not always perfect, but for this level of indie that has flown largely under the radar it's beyond impressive how seamless some of the visual effects are. Beyond that, we're dealing with a treasure chest of tropes and cliches that have been done to death time and time again. Character wise we've got a newbie along for the ride that is also unique to the mission, a one-liner challenged tough guy, a stubborn leader with some moral wiggle room, and a noble nice guy that probably won't make it till the end--and I'll be damned if I remember any of their names. See, unlike the work of Cameron none of these characters will stand the test of time as quotable badasses destined for meme fodder.

Gomez's inspirations are on his sleeve here. The robotic angle and it's implications covers Terminator while the military group who walk into a situation that's well over their head covers Aliens. There is a robot model, S.A.R., that essentially plays as the villain throughout that has a look that's reminiscent of the ED-209 from Robocop (the non-Cameron influence) with a slicker design--and a super villainous robotic voice. Inspiration aside the film is intensely paced, boasts a pretty wicked sound design and well designed set pieces.

It's a wonder Kill Command didn't have a little more buzz surrounding it based on the quality of its visuals alone. The movie is like a moving wax museum of iconic action flicks of the 80's mushed together, but with a much sicker aesthetic. However, at times the 80's-eque gruff doesn't always mesh well with some of the more modern sci-fi action techniques and as such Kill Command inhabits a grey area you'll either salivate for or like the robotic foes, study...analyze...reprogram--which for today's Netflix obsessed human translates to, watch...enjoy...forget.