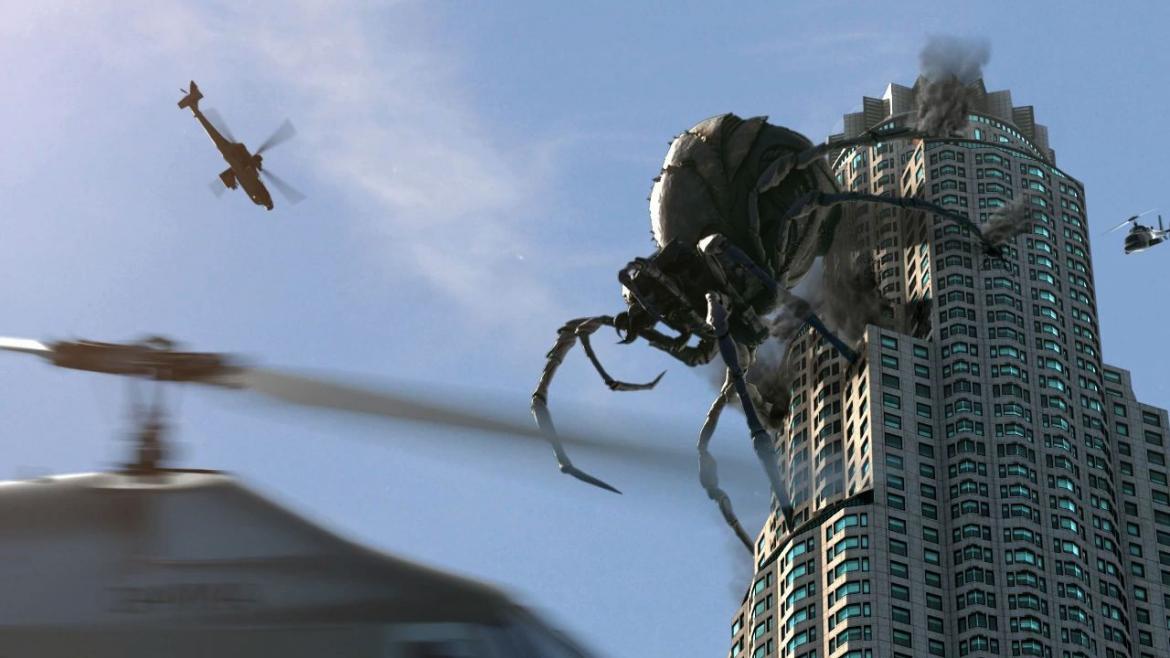 Giant arachnids have been done before, but this entry into the din is definitely worth the watch.

The story follows Alex Mathis (Greg Grunberg of Heroes), an exterminator who happens to be in the right place at the right time when a larger-than-average spider attacks the coronoer at a local hospital. Alex springs to action, confident that he can take care of the problem, when the military barges in and takes over. The story plays out much like many other movies within this framework. The protagonist is not taken seriously, despite their apparent expertise, by the larger group in authority. Buffy fans will be glad to see Clare Kramer in the roll of a Lieutenant and Alex's love interest and that is just the beginnig of the fun cameos. The team chases the spider all over Los Angeles as it grows, molts, and causes general mayhem.

Creature features are a dime a dozen these days, with the ScyFy network acting as a major purveyor. Long before Sharknado (one and two) came along and both made the genre more popular among the mainstream and more marketable, the network was airing tons of other titles and even hosted a few monster movie brackets. However, SyFy is not the only source that can satiate your longing for a good monster movie. In 2013, Big Ass Spider was released to varied reviews. Director, Mike Mendez, has a love for the form that is palpable as you view the film. The comedy pokes fun at its antecedents and the jokes, for the most part stick. The special effects are far better than can usually be expected of a low-budget creature feature, but still goofy enough to provide some great laughs, particularly when the effects are used for violent ends. One scene in particular, where the spider sprays some sort of acid on someone whose face immediately melts away, was pretty spectacular. The movie even opened with a slow-motion montage of the chaos to come, underpinned by a cover of The Pixies "Where Is My Mind", setting an irreverant and mocking tone from the get go.

Big Ass Spiders is certainly not for everyone, but if you are a fan of the genre it's a fun film and at only 80 minutes, it is a perfect way to kill a little time and a lot of spiders!