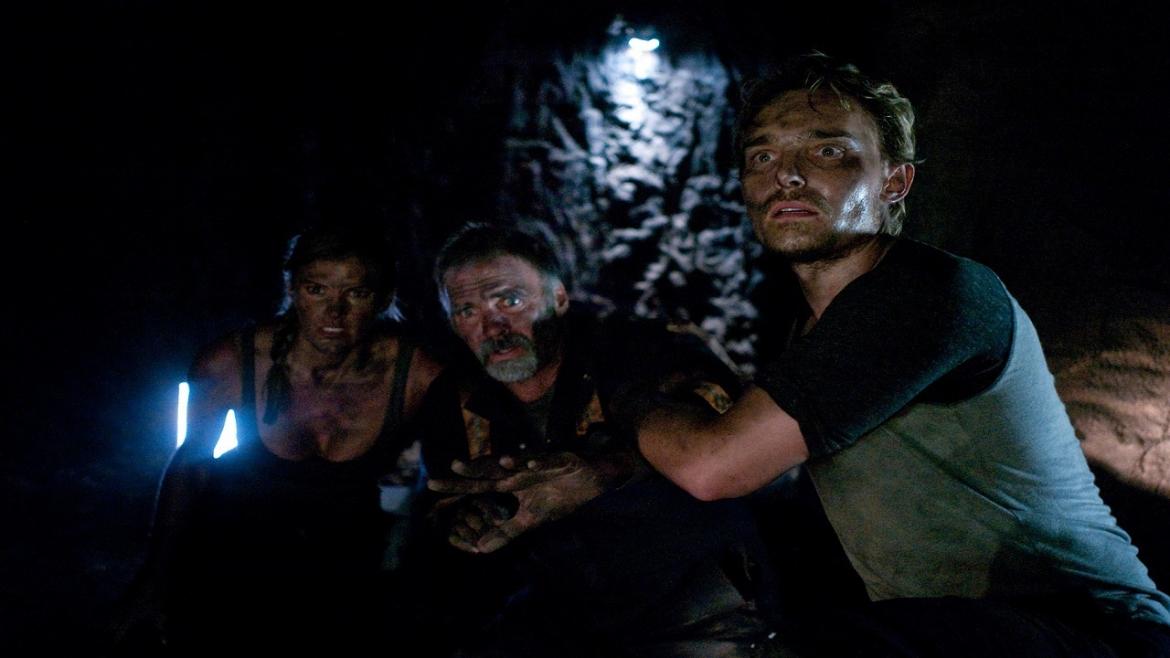 This is not to be confused with any of the reviews for other films called Beneath on our site. This is the one about cole miners.

Samantha, an environmental lawyer in the city, returns to her rural hometown to celebrate her father’s impending retirement. Appropriately enough, he is a coal miner. When Sam begins to get preachy about the inevitable dangers and health risks associated with the profession to a gathered crowd, her dad chimes in, reminding her that the mining paid for her fancy law degree. At the party, she jokes with old friends and old flames while toasting her father. The group drinks and talks late into the night, when a few of them men begin razzing Sam. She can’t possibly understand what it’s like down there, she might break a nail. Challenge accepted. Sam agrees to one day of work in the mines.

When her father wakes her in the morning he tells her to write a note for her mother, a tradition that he has kept to each and every day he has gone into the mine. They join the team and suit up for the long ride down. There is a lot of talk about safety procedures, what to do in the event of an emergency, and an ex-boyfriend is assigned to show her the ropes and be her exit buddy. Naturally, before too long there is a cave-in and everything goes to shit. As the dust settles, the survivors make their way to a survival chamber and call for help, but it is going to be a few days before anyone can get to them. Isolated and alone, they hunker down to wait, but they may not be alone at all.

This was a film that certainly knew what it was doing, for the most part. The visual effects and CGI are pretty well done, meaning that the injuries and gore look pretty gnarly, while the ghouls they encounter don’t look like actors with silly masks on. The one downside to this being that scary faces popping out of the dark may be relied on a bit too heavily for jump-scares, but they manage to get a couple really good ones in. A few of the faces in the cast will be familiar, and the actors hold their own as they begin to descend into lack-of-oxygen-induced madness.

Though Beneath touts itself as being “Based on true events”, it pretty quickly becomes apparent that they may be stretching the meaning of that phrase, even by today’s elastic standards. The director said in an interview that, “Well it says inspired by true events, it’s not actually based on a true story or anything. The writers were inspired by the frequency with which we were seeing coal mining collapses. We never actually got to interview anyone who was trapped in a coal mine itself, but the writers had done extensive research.” This in and of itself feels a little disingenuous. The House of the Devil preys on the fear and vulnerability often felt by young women who are babysitting as well as Satan-panic in the 70's, but to open with a claim that it is based on, or even inspired by true events seems like a gimmick.

If you're going to watch a film called Beneath, this one isn't a bad choice. With this many jump scares, one of them is bound to get you!

As Above, So Below