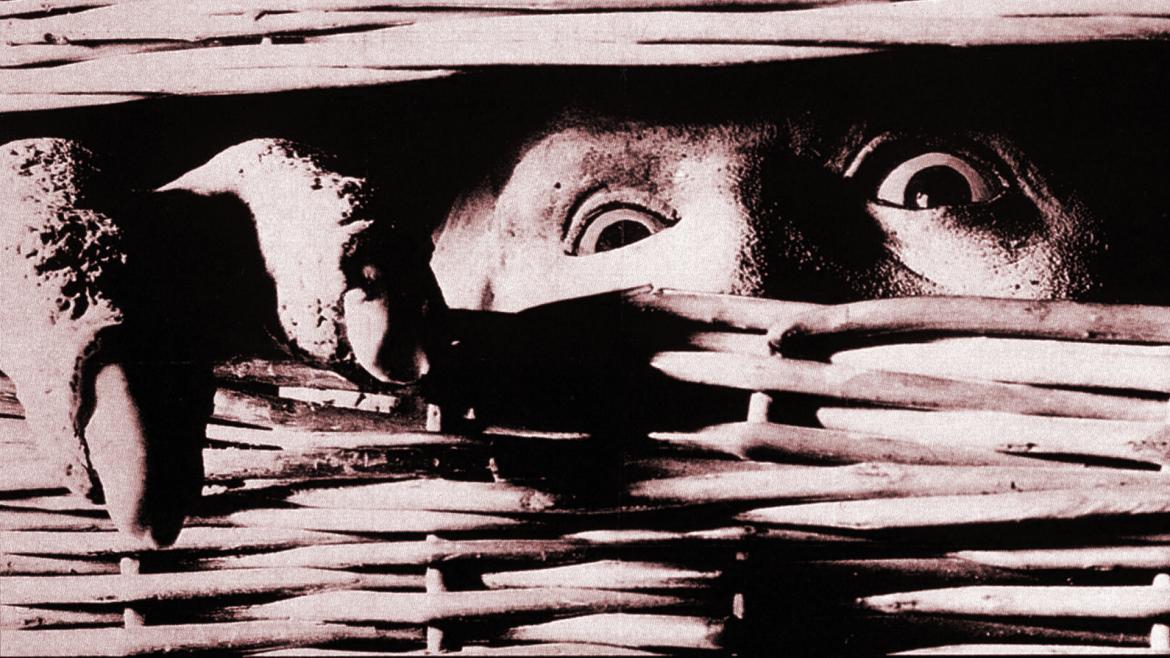 It’s commonly held among among horror creators and fans alike that the more you can leave to the audience's imagination, the better. Thank God the creative forces behind Basket Case didn’t heed that advice. Basket Case’s Belial is one of the weirder creations of its era, and though the film is, objectively, a huge mess, much of the appeal it has is because the director forgoes coyness and features Belial prominently in most of the film.

Duane Bradley arrives in New York with a plan--and a mysterious wicker basket he won’t let anyone look inside. He finds a room in a seedy boarding house, and pays in advance with a huge wad of cash. After some drawn out hinting, it’s finally revealed that the box--barely two feet across and one foot wide--is the home of Duane’s formerly conjoined and seriously enraged twin brother, Belial. Duane and Belial both very much preferred being parts of the same whole, and they share an all-consuming obsession to hunt down and exact bloody revenge on the doctors who separated them against their will.

The film was shot for the very low sum of $35,000, and when it comes to the production, you can tell. It seems like the director cast every role by hiring the first person who made eye contact with him on the bus each morning. About two-thirds of the way into the film, a flashback abruptly interrupts a conversation between two characters and lasts, inexplicably, for thirteen minutes--answering every question about backstory you could possibly have, and a few you didn’t (your patience is rewarded with a gruesome bit of patricide).

But some sort of sleazy magic happens with the character of Belial and his murders. An extended sequence when Belial furiously trashes his hotel room is one of the more spectacular collisions of low budget technical achievement and WTF horror camp I’ve seen, and Duane and Belial’s climactic confrontations, first with a villainous physician and then with each other, are about as memorable (the scene when Belial sexually assaults Duane’s girlfriend, however, is just gross).

A whole lot of B-movies get stuck with the “so bad they’re good” tag, and I have a confession--I usually find those movies just plain bad. Basket Case is an exception. It purports to be a “horror comedy” but it’s so drenched in porn-quality acting and goofy production choices that you may never decide where its self-awareness really begins and ends (other people are willing to give it more credit than I do). Whatever the case, Basket Case is an extravaganza of bizarre cult horror in nearly every scene--the closest to a horror film from John Waters we’re likely to ever see, Serial Mom notwithstanding. The next time you’re considering a night of marathoning something campy and trashy, please keep it in mind.