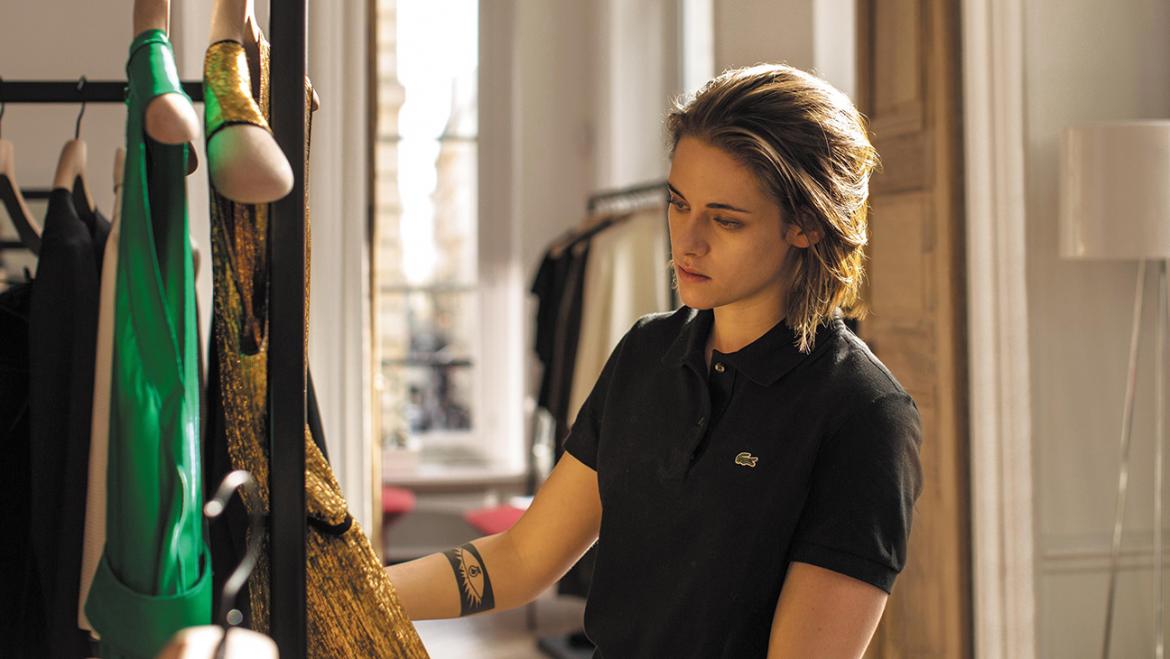 The second collaboration of Kristen Stewart and writer/director Olivier Assayas was a welcome idea, as Cloud of Sils Maria was a magnificent piece of film, with both Assayas and Stewart proving their skills as storytellers. Personal Shopper, this second jont, has moments of brilliance to remind us of the potential between the two, however a great deal of Assayas' decisions pull the film down into a pulpy ghost story. Frustrating is a strong word, but sadly fits well with the overall journey, as the potential of a tense, understated horror story is hidden behind odd choices and pointless minutia.

Maureen (Stewart) is at an odd crossroads in her life. Her twin brother, Lewis, just passed away in his London home, and Maureen feels he has not completely left its halls. On the other hand, her job as a personal shopper for a high profile fashionista sends her running from fashion house to fashion house in Paris, adding the dulling monotony of performing acts an artist would never care to do. As an art enthusiast Maureen finds inspiration in the pieces around her, which can lend support to her uncanny abilty to contact the dead as a medium; a power her brother equally shared. With a promise to learn of her brother's life on the other side, Maureen throws herself into searches for inspiration and struggling with her own role in life. However, opening the door to the other world doesn't always prove positive for Maureen, and a stalker has found their way into her already upended world.

Personal Shopper begins with a promising tone, setting Maureen in her brother's old house where she can explore each room and wait for signs of his presence. A true supernatural suspense story in its own right quickly unravels into something more as well, as Maureen encounters a mysterious texter. This feels like a nice set up to a tense story where Maureen and the audience must question if supernatural occurrences are at hand, or if a living individual is exploiting her emotional state. This is where the large problem falls into place, as a majority of that mystery is thrown out the window with appearances from real plotergeists and ghouls. While it serves the overall theme, it feels completely disconnected from the narrative, almost thrown in to prove to the viewer Maureen isn't crazy or believing too strongly, which doesn't need to be spelled out when it could have been left to wonderment.

When it comes to Stewart's performance it's nothing short of stellar. For a film confined to tension found in iPhone screens and unseen bumps in the night, Stewart manages to remain engaged and visually terrified of what unfolds from scene to scene. While the script and direction at times falls into goofy and questionable territory, she maintains her role as the detective and victim with a dedication that can make the viewer realize she may know more about the subject material than the filmmakers themselves. One particular scene, in which a CGI-created ghoul floats quirkily near her head, Stewart sells the supposed terror that should be found in this real world scenario, even though what the audience sees on the screen is laughable and downright puzzling.

Overall, Personal Shopper is a slow-paced ghost story that leaves blips of brilliance on the horror radar, but the inclusion of unnecessary explanations and odd editing leave it as not only one of Assayas' more medioce works, but a passing glance in the horror genre.