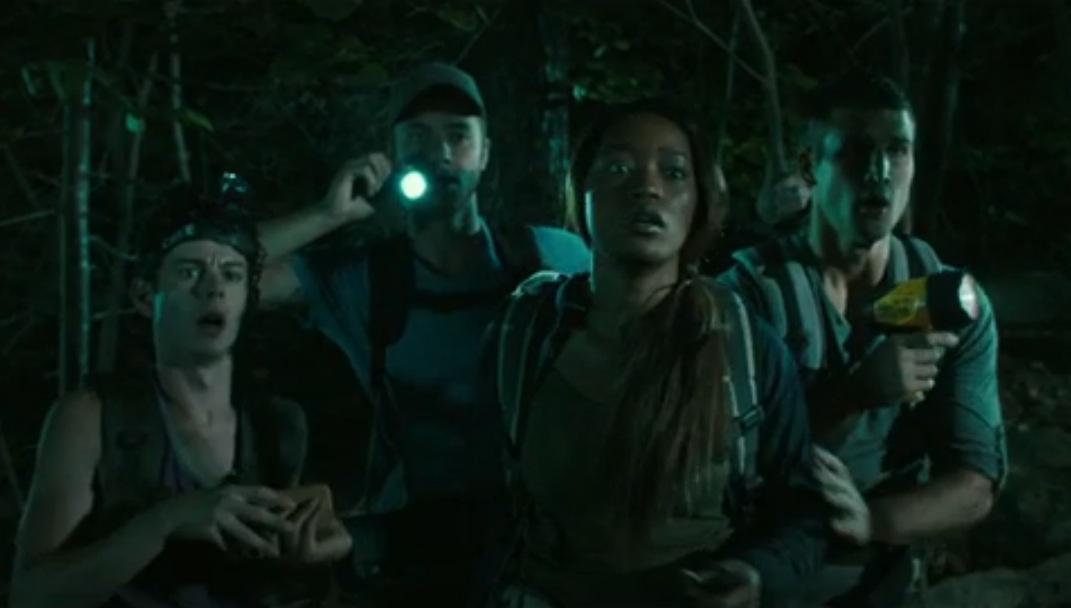 There are a number of made for television and straight to DVD/digital horror films that are overlooked by even the most hardocore of genre fans. Typically the blame for that lies within knowing that most of them are most likely mediocre to terrible. Occasionally there can be a standout that could have been a limited theatrical release with the right amount of attention due to its promising scenes. Chiller networks 2014 film Animal could have fallen into that category, but seems to be settling right where it should be. A made for television and straight to VOD monster flick with almost enough gas to have some recongition. For a TV movie, the acting is decent, the plot is sometimes intriguing and suprising, and the monster gets a few bloody licks to give horror fans something to enjoy. However, decisions to make the movie bigger than itself through symbolism and obvious referencing to current issues leaves it hanging in the middle where no one will likely remember it.

Animal tells the story of two different groups of people trying to survive the attacks of a mysterious and smart creature in the woods. The first group consisting of young and old hikers lose one of their own to the creature from the start, leaving the viewer with the assumption that they all suffered a similar fate once the screen cut to black. The second group, the young college types out for fun in the woods, encounter the creature as well, holing up in a seemingly abandoned cabin. Inside they come across the hikers from the beginning and decide to form an alliance to survive the night as best as they can.

The successful scenes that Animal delivers come from their set up of what to expect. The opening scene shows the main monster as it kills a hiker and turns to take out the rest of the group. Typically going into a TV movie a viewer can expect sub par plot points and direction. So this scene seemed like a blue print to show that the monster would take out groups with ease. This beginning group was the appetizer to the main course of college kids turning up later. However, to see the first group still alive and intact once the main group appears was a surprise. One that gave the film some life and hope for more twists and smart choices. The monster attacks are interesting and well set up with occurrences coming from places not completely spoiled by needless dialogue. The film sets up this fun and bloody vibe that makes it start to feel fresh and worthwhile, that is until the latter half comes to pass. Scenes of characters hiding out and revealing their own secrets unrelated to the creature attacks feel completely forced and sucks all of the fun the movie was setting up. Credit should be given for trying to tie in real world issues of affairs and latent homosexuality manifesting itself through violence. The execution was just heavy handed and felt like a punch to the gut.

Overall, the film was not like most other non-theatrical horror films. It had several great scenes and left an overall decent impression that with the right amount of fixing could have given it a wider release. The problems it carries do cloud the movie and sadly will keep it in its late night, satellite TV status.