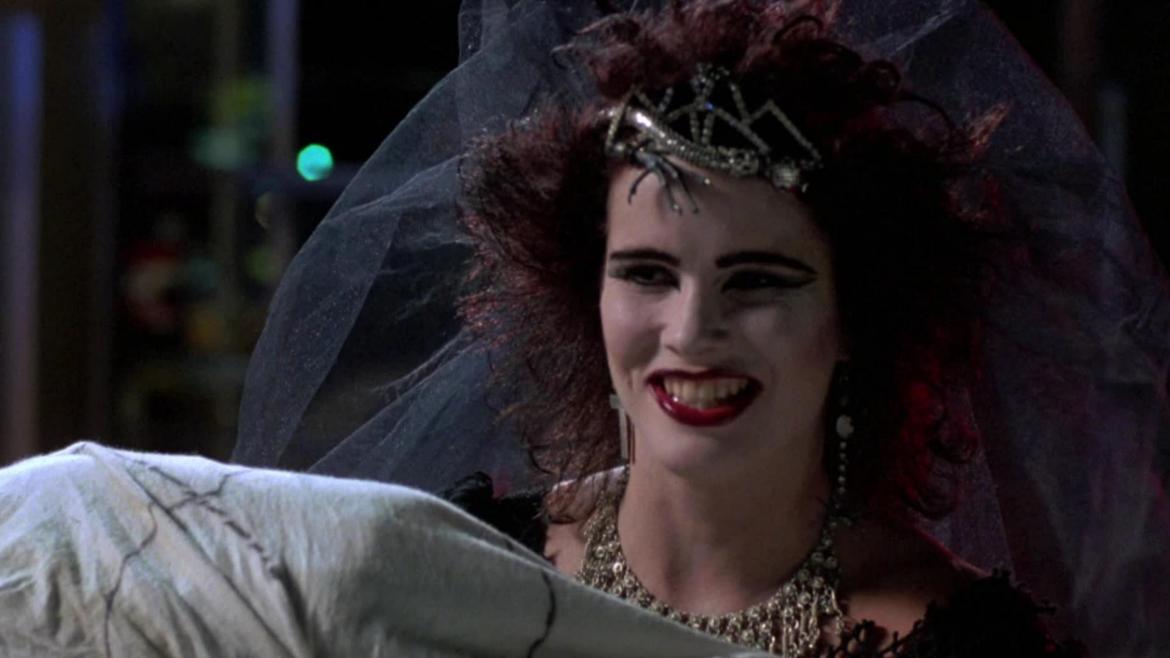 Night of the Demons (Movie Review)

As an 80's baby in name only, I have always felt a deep sense of curiosity and yearning for a time that I never really knew. It is into this aching void that Night of the Demons steps, as a totally accurate and factual reenactment of what attending a Halloween party in the late 80’s might have looked like, had I ever been so lucky.

Judy is a bit of a square. When her beau calls to tell her that they are going to ditch the Halloween dance in favor of a big party, she is reticent, but obliges. Typical 80’s. When it’s revealed that said party is being held at an ooky spooky abandoned house, you know you’re in for the good stuff. The gathering is small and intimate, but all of the tropes are here; we’ve got the good girl and her boyfriend, her ex that looks like he wandered straight off the set of Westside Story (a period piece famously set in the 1980’s), a creepy jock named Stooge, assorted demon fodder, and Angela, the hostess with the mostest. The group conducts a seance - which I can only assume was a pretty typical party pastime before smartphones and YouTube were invented - and before you know it, everyone starts getting possessed!

In addition to its obvious educational value and historical accuracy, this movie is just fun to watch. Released hot on the heels of Evil Dead 2, Night of the Demons wears its influences right on it’s lacy sleeve, and it’s all Raimi. The creature design of each of the kids once they’re possessed bears more than a passing resemblance to the Deadites and it even has a shot of a camera flying down hallways in the old house just like the Raimi-Campbell board shots that made Evil Dead distinctive. There are also a few hammy reverse-tracking shots and some totally tubular practical effects that just make your heart feel good.

Whether you’re nostalgic for a bygone era or trying to connect with your roots, Night of the Demons is like an injection of Tab right into the bloodstream.