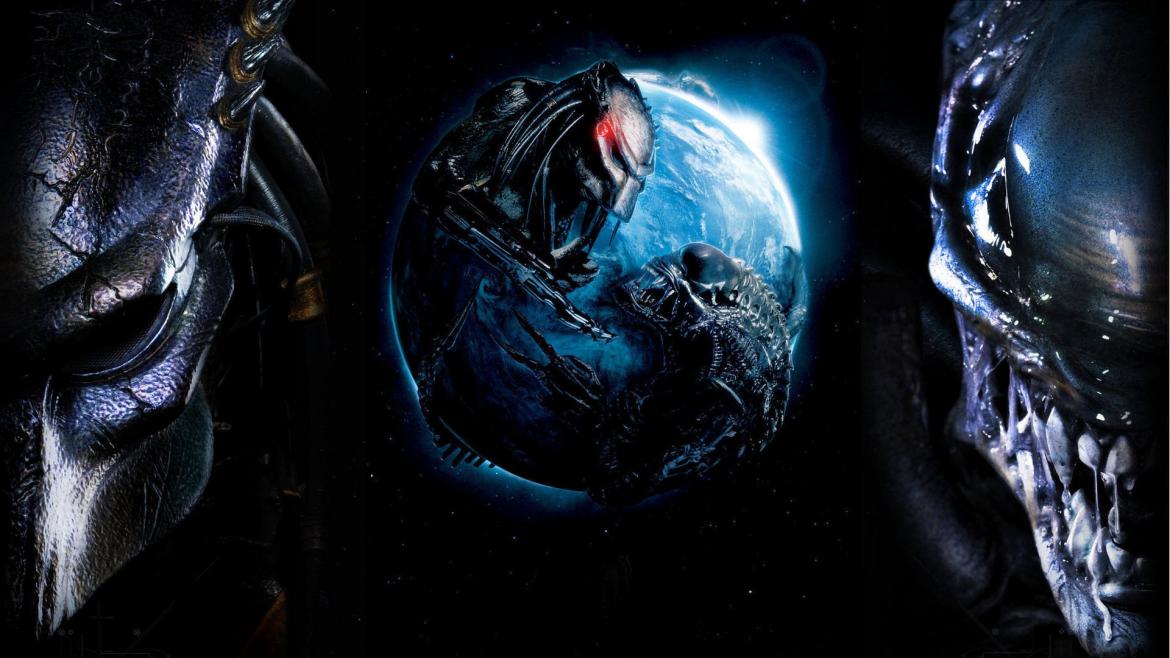 Someone got some Dawson's Creek mixed in with my Aliens and Predators. At least I think that's what happened here, it's hard to tell in this light.

Aliens vs. Predator: Requiem picks up where the first AvP left off, with the Predator ship from the end of that film crashing near a small town, and the facehuggers that were on board eventually leading to Aliens doing what they do. The Pred-alian hybrid thing from the final moment of the first film is also on the loose, and a Predator is dispatched from their homeworld to erase all evidence of this occurrence. Of course, humans from the town are caught in the middle.

The Predator on Alien action is actually pretty great (as far as anyone not turning up the brightness all the way on their television can tell, anyway). Unlike the first AvP, where the fights between the two species felt like clumsy slo-mo wrestling matches, the Predator in this film is the sleek, agile hunter that he should be, and the aliens actually feel like a threat. The film goes out of its way early on to prove that it's not going to pull any punches. There are a few deaths that happen in ways that could be perceived as almost mean spirited, but they really just highlight the absence of cosmic justice.

If there are any future entries in the AvP series the effort might actually be better served if the filmmakers go with no human characters and just use a Predator as the protagonist, because the biggest drawback here is the human characters.

There's actually two groups of humans in the film, one made up of adults and the other teenagers, more or less. The former revolves around Kelly (Reiko Aylesworth), who's just returned home from military service. Лучшие казино онлайн для игры на реальные деньги представленны на портале http://casino-guru.ru/luchshie-online-casino этот рейтинг казино содержит только проверенные клубы с бонусами на депозит The adult group is actually fine. Aylesworth is more than serviceable as what is basically our Ripley stand in.

Those teenagers though. It's as though the filmmakers thought they were releasing this in the nineties, when every horror film was populated with teens. The Predator and Alien series have never felt especially tied to the slasher genre, but that seems to be the intended tone here. Every time the focus shifts to something like our pizza delivering teen protagonist getting bullied the momentum built up by the great Predator/Alien action comes to a screeching halt.

Oh, and as previously alluded to, the film is way too dark. Filming in the dark is something that's not an easy undertaking, and David Fincher or Ridley Scott the Strause brothers are not. Much of the action is simply too hard to see.

The sad part is if it weren't for these two glaring problems the film would have been a solid 8. Instead its just an infuriating 3.