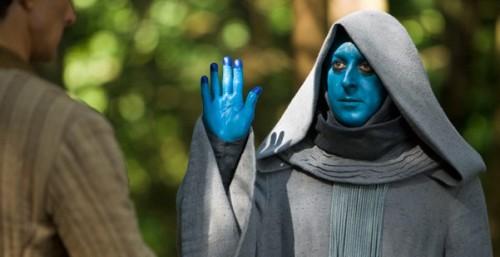 I am writing this review from inside the purgatorial confines of the Riverworld. It is a place of great beauty and endless tribulation. Here people are reborn in the waters of an unending river and compelled to seek truth lest they die and be reincarnated in the same place and forced to start all over again.

During my time here I have seen Matt Ellman, formerly a combat reporter on Earth, emerge from these waters in search of his fiancée and touch off a revolution of sorts. Ellman and his band were initially captured and held by Francisco Pizarro, yes the very same conquistador who devastated the Inca Empire in the 16th century. Ellman escaped the murderous robber baron and found himself aboard the Riverboat ‘Not-for-Hire’ under the command of Samuel Clemons, yes, Mark Twain. The combat reporter and the sly southern scribe formed a fast friendship and returned to take out Pizarro and rescue Ellman’s friends. Along the way they made a more powerful enemy in the form of Sir Richard Burton. No, it’s not Liz Taylor’s great flame but the famed English explorer who brought the Kama Sutra to the western world. Turns out Mr. Burton has long been a hater of this magnificent, albeit brutal, “Riverworld” and hatched a plan to destroy it. He stole Clemons boat, shot Matt and headed up river to kick start Armageddon. Fortunately for all of us, Matt has been resurrected and he is racing to stop Burton with the help airship designer Ludwig Durr and female Samurai Tomoe Gozen.

Oh Jesus, does this not sound like a rejected Python skit? The reason I chose to lead by saying that I was writing the review from within “Riverworld” is because after 175 minutes of Syfy cheapness, I feel like an aimless wanderer madly clawing at the watery walls of purgatory. When I signed on to review “Riverworld” I was still sunning in the faint glow of my last Syfy experience. “Lake Placid 2” was an embarrassingly entertaining movie that benefited from the addition of unmotivated nudity on the DVD release. So with visions of naked flesh, cg gators, John Schneider and Cloris Leachman dancing in my head, I took on this latest Syfy semi-original.

Parts of “Riverworld” feel like an allegory centered on the second council of Lyon and the admissibility of Purgatory as a legitimate Christian concept. It is a fertile and enticing wind for a more metaphysical science fiction tack. Unfortunately the goofy inclusion of historical figures and a preponderance of unfilled plot holes quickly steer an appealing concept into the realm of the asinine. Even if you are in a mind to forgive these empty plot points because of an ending that promises a TV series with more answers, it is difficult to look past the movie’s biggest Achilles heel, its helmsman. Director Stuart Gillard’s CW honed aesthetics and his flare for draining life from performances turn a marvelous bit of location shooting into a quippy, plastic trip down a river of groans.

If “Lake Placid 2” is as absurdly good as Syfy productions get, this is as straight-faced bad as the channel has to offer. Mark Deklin’s turn as Mark Twain is enough to inspire self-injury amongst fans of the great author, fans of good acting, and people fond of not having their face slapped. The CG work, always bad in these Syfy efforts, looks like someone’s first try at marrying their Blender and Motion skills. Even with all the shortcomings I have talked about, had this miniseries clocked in at 90 minutes there may have been a rapid-fire, misstepping rhythm that could have been fun to watch. Perhaps a longer series (with a different director) to fill holes and develop atmosphere might have been another suitable fix. At three hours, “Riverworld” feels like a slip n’ slide made of astro-turf that terminates in a tub of salt. Around the 2.5 hour mark my wife walked by me for the 10th time, looked down at our 2 month old son, cooing and smiling in her arms, looked up at the screen for about 2 minutes then said simply, quietly “What a waste of your day”. It hurt, but I can think of no truer way to characterize what “Riverworld” has to offer.