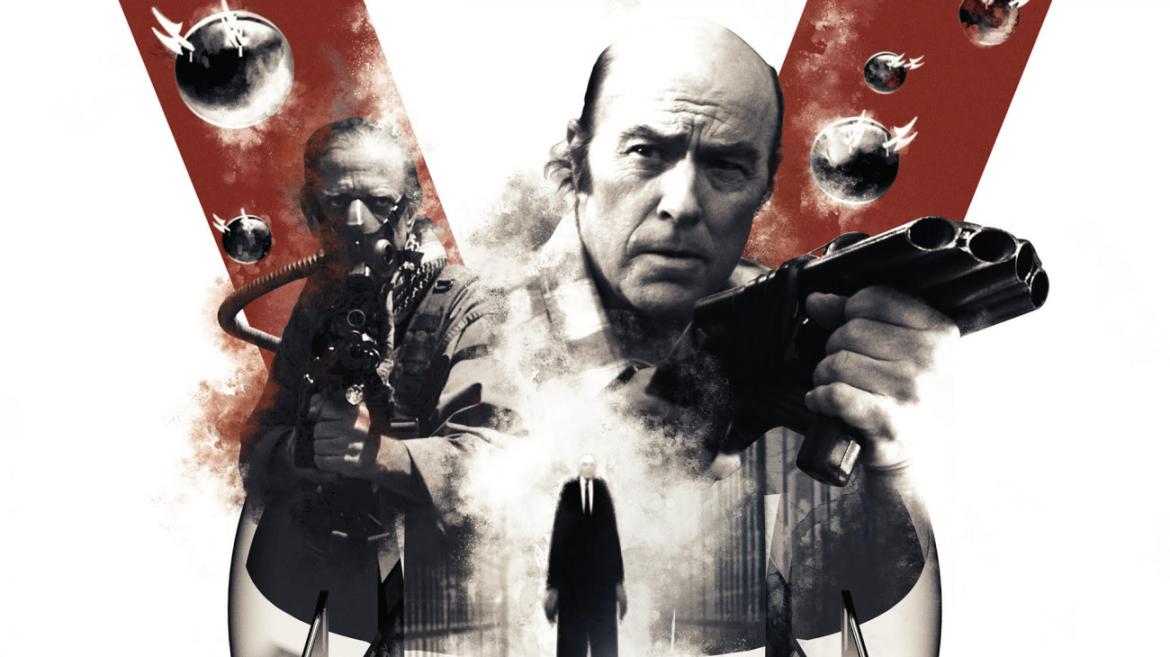 Mystery is a wonderful thing. The suspense of what may come, the enigmatic power of suspense wrapped in an unnerving sense of uncertainty Mystery by its very nature leaves you on uneven ground making it a potent tool in horror. As the audience is left floating in the ether, a disarming feeling begins to set in as a never-ending set of possibilities begin to creep in. The unknown, as they say, is one of our greatest fears.

Phantasm: Ravager does all it can to stomp the mystery out of its ethos, all the while managing to make the whole thing more opaque. In fairness that didn’t start with the fifth installment, though it seeks to put an end to the entire franchise as we pick up Reggie (Reggie Bannister) running from the Tall Man (Angus Scrimm in one of his final roles). Reggie meets old friends and new ones, driving in his muscle car and snapping closed shotguns, spouting one-liners and doing his very best geriatric Bruce Campbell. As we proceed we learn that perhaps poor Reggie is just stuck in a nursing home with dementia or maybe this is just another one of the Tall Man’s tricks.

Phantasm:Ravager seeks to end the storyline in a satisfying and thrilling conclusion and in that it’s a resounding failure. It adds strained plot points while sapping all of the tension and atmosphere, replacing them instead with bad CG and convolution leaving a heaping mess in its wake. Some fans will just be happy to have a new Phantasm film to watch, being that it has been eighteen years since the last one and for those viewers, I say you should deserve better.

It is true that there is ambition here and Don Coscarelli continues to try to put forward a more complex story than anyone could have imagined in 1979 when the first Phantasm film made waves. And that’s a lot of the problem.  Phantasm:Ravager has a tiny budget and all of it shows on screen, in fairness so did the original. The equal cheesy effects of the ball soaring through the air, and the creature effects work because instead of looking for coherence we are surrounded by atmosphere, menace and mystery. All of which is depressingly absent in the last Phantasm film.

For Angus Scrimm’s swan song, he deserved a better film with better ambience, instead Phantasm:Ravager is a noisy incoherent mess.

The Prophet and the Space Aliens (Fantasia Film Festival)