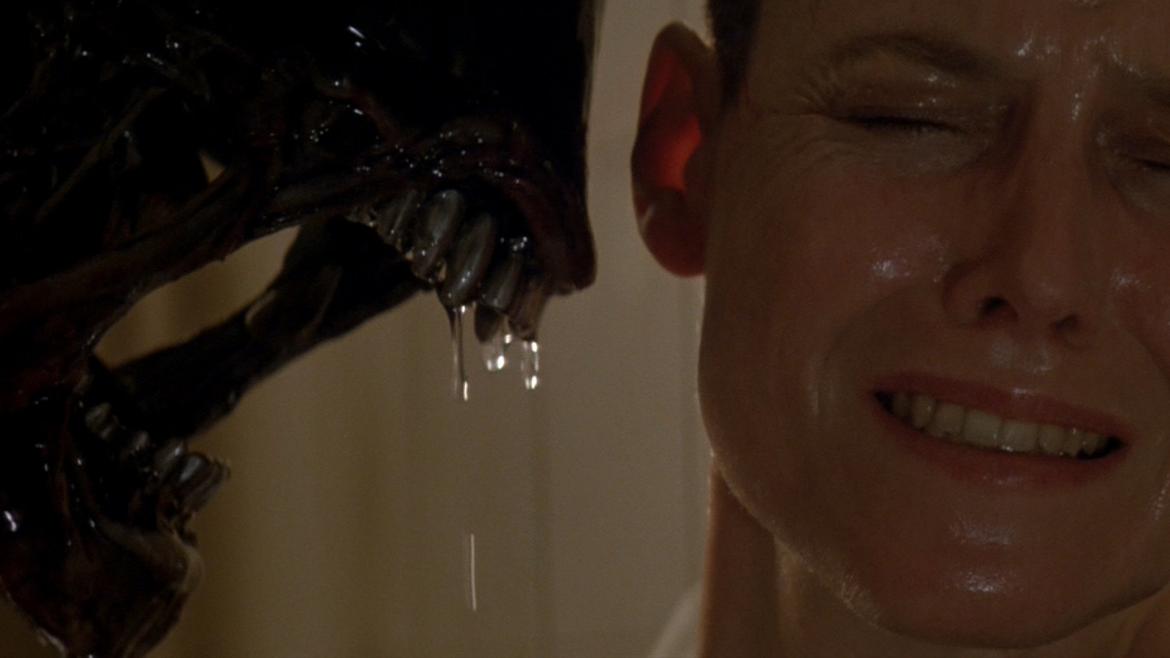 Alien 3 is the kind of movie people write books about – but not in a good way. During its tortured, six-year slog to the big screen, the film famously chewed through prospective writers, directors, and plots like acidic blood through metal floors. The eventual finished product, which was directed by a young David Fincher, is no less chaotic. The film is at times brilliant, producing moments that have become iconic, like the juxtaposition of an alien birth scene with a funeral for a pair of fallen friends or Ripley’s face-to-face (or cheek-to-face) alien encounter. Still, those shining moments don’t make up for the movie’s missteps.

Admittedly, it’s easy to hate Alien 3. Its predecessor – 1986’s James Cameron-helmed Aliens – is a cherished masterpiece of a sequel to an original of the same class. So what does Alien 3 do? It opens by immediately and unceremoniously killing off two-thirds of the human survivors from Aliens – the darling Newt (Carrie Henn) and Corp. Hicks (Michael Biehn). They die in their sleep, never uttering a word, during an alien-triggered crash, leaving Ripley (Sigourney Weaver), alone and (confusingly) attempting to cover up what's really going on. The casual irreverence toward those beloved characters (and Aliens) is infuriating, but the decision is also slightly admirable, if only for the punk rock swagger needed to make it.

Alien 3 at least knows better than to try to match action chops with Cameron, and attempts to execute something more in the range of a drama/mystery. The setting is Fiorina “Fury” 161, a remote, all-male penal colony that doubles as a foundry. The facility has all but been shuttered and its few remaining inmates, a nameless sea of bald heads and grime, save for their leader, Dillon (Charles S. Dutton), have found religion in a big way. They don’t take kindly to Ripley’s presence, seeing her as a threat to the inner peace they’ve forged. They’re even less thrilled when they find out she hasn’t crashed alone.

The hands of the screenwriters (David Giler, Walter Hill, and Larry Ferguson) are visible far too often in the movie’s narrative. Even the best moments are problematic. Ripley’s cheek-to-face with the alien provides a very clear answer early to a question the characters seem intent not to ask until much later. The drama of the film’s climactic moments – where Ripley and Dillon stare down the alien – is ruined by a series of absurd “if this, than that” decisions made solely to reveal the film’s, and the franchise’s, true villain.

Perhaps somewhere, lost among the scrapped ideas and studio-mandated deletions, a great version of Alien 3 exists. Maybe in that version, the scattered brilliance and gutsy vision coalesce into something up to the standard of its predecessors. Or maybe Alien 3, like anyone who crosses paths with one of the franchise’s titular monsters, was simply doomed all along.