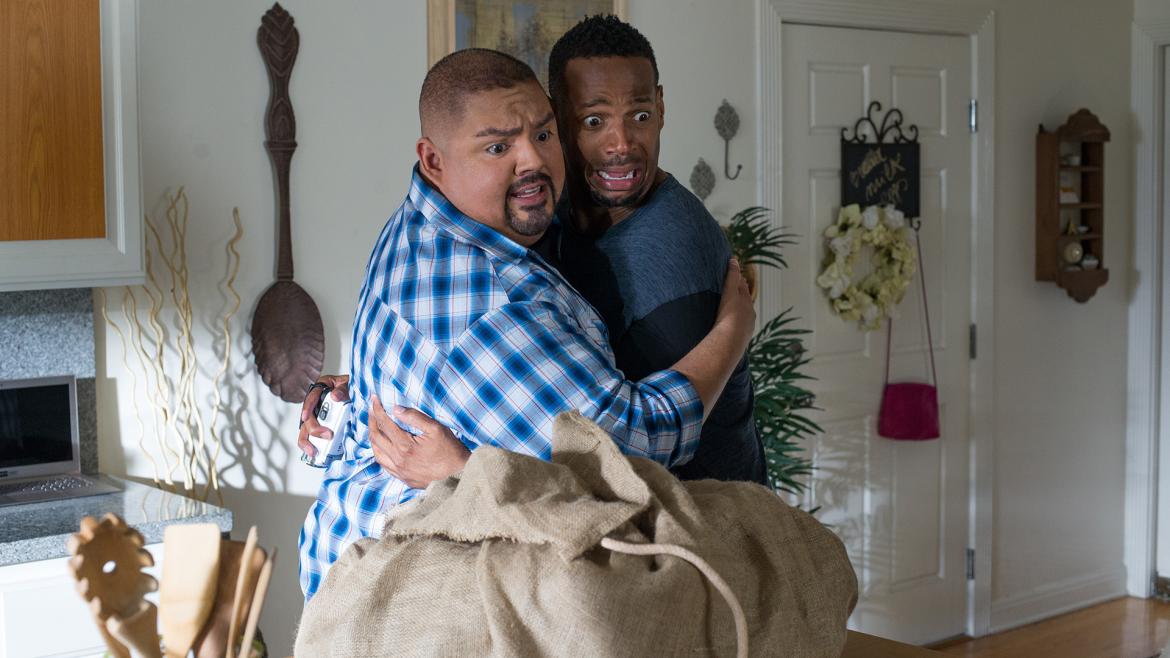 What exactly is the take away from that fact? Is that an improvement or one of a number of elements even worse than in the first film? Why would anyone watch this movie? Why would someone feel such a need to be a completionist that they'd go back and watch the first one, as though there was going to be some kind of essential continuity that would otherwise be missed?

These are just a few of life's unanswerable mysteries. On to the plot. Marlon Wayans is back as Malcolm. Having moved on from the "horrors" of the first movie, Malcolm is now moving into a new home (or is it supposed to be the same home? Is this supposed to be commentary on suburban homes all looking nearly identical? I'm honestly not sure) with a new girlfriend, Megan (Jaime Pressly) and her two children. What follows is a mishmash of elements from Paranormal Activity (the first film's biggest target), Sinister, and Anabelle. Remember Malcolm's tendency to have sexual relations with inanimate objects when his significant other leaves the room? Sure you do, it was a semi-funny scene from the first movie. Well, here it becomes an integral plot point since a spooky doll is in play. There's not really any consistency in what exactly is going on though. We go from the doll haunting/stalking Malcolm to Megan's children being possessed in scenes that generally seem like disconnected vignettes.

Okay, look, parody films don't have to be sophisticated or beautiful examples of some auteur vision they don't even have to follow any semblance of a consistent plot, but they do have to be funny. That's pretty much all they have to do, actually, and A Haunted House 2 doesn't manage that. The filmmakers seemed content to attempt to play most of the same jokes that worked in the first movie ("ghost balls" however, are suspiciously absent, for some reason) in ways that aren't even as funny as they were the first go around. It's like the filmmakers consciously decided to take the few actual laughs out of the first movie, leaving us with the softball pokes at race and newly cohabitating couples. Sitting through the first film was a chore, but that was Brooksian comedic genius compared to this.

It was not worth sitting through the first 30 minutes of A Haunted House 2 just to get to that fart joke.