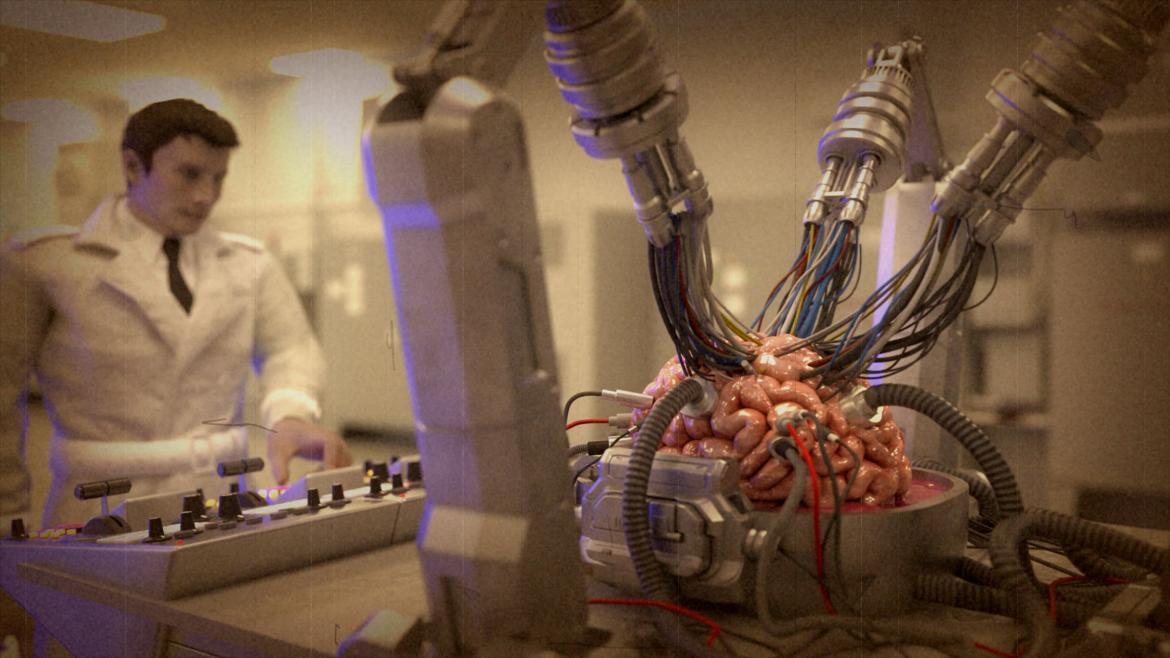 A Glitch in the Matrix (Movie Review)

Rodney Ascher’s documentaries are tailor-made for fans of the spooky and strange. In Room 237, the filmmaker explored the ways audiences interpret the  symbolism of  Stanley Kubrick’s The Shining. The phenomena of sleep paralysis and it’s terrifying results was the subject of his follow up documentary, The Nightmare. In both films Ascher plays with form and narrative to create documentaries that are wholly unique.

His newest project, A Glitch in the Matrix, is no different. The film is focused on Simulation Theory; the idea that all of us are living within a simulation. People who entertain this theory imagine that our lives resemble something like a Sims game or, as it’s often imagined, something akin to the film The Matrix. Throughout the documentary Ascher seeks to gain an understanding not only of what this hypothesis means (practically) but also the ways that it impacts individuals and our society as a whole.

A Glitch in the Matrix centers around a speech that the famous science fiction author Phillip K. Dick gave in Metz, France in 1977. The speech, called “If You Find This World Bad, You Should See Some of the Others,” is a fascinating piece of media. Dick shares a story of waking up after a medical procedure and being acutely aware that he is in an unfamiliar reality , recovering memories that he could not possibly have had. The film returns to this speech over and over, playing different excerpts to refocus the viewer and move the “story” along.

Ascher uses myriad other tools along with this central narrative device. There are computer generated visual representations and pop culture references that help to visualize and explain the points being made that are often difficult to grasp to those not already familiar with these ideas. And there are interviews with “witnesses,” people who believe in the idea that we are all living in a simulation and have had experiences that lead them to believe this. We never actually see these witnesses, though. Not really. The interviewees are represented on screen by a three dimensional, computer animated avatar each represented by a different kind of digital animation and style. One is a super sleek and futuristic chrome fox, while another is a cartoonish lion, dressed in Roman armour and made of what looks like smoothly hewn gemstones. And the avatars are more than just visual, the sound designer has created a soundscape for each one, to heighten the impression that they occupy real space, are really sitting in those rooms, talking to their computers. It is an entirely disorienting experience, in the best way possible. These interviews are clearly not interested simply in what these men (they are all men) believe, but why they believe they are in a simulation and what that belief means for their existence.

This movie is quite an experience. Of course, it was not originally intended to premier virtually, but in person, and the setting of this internet mediated screening only added to the vexing sensation. There was something accidentally meta about it. In later sequences, when the film pans out to show CGI people, sitting in a movie theater, watching what we’re watching on a screen, it feels like a simulation that we are actively participating in. In the live Q&A following the Sundance screening, Ascher shared that, originally, the plan was to create the CGI theater to physically mirror the theater where the film premiered in an effort to heighten this effect.

Much like in his other films, Ascher doesn’t seem to want to prove one side right and one side wrong. He is content to sit in the middle and explore the space. He does not make the witnesses seem absurd or their beliefs erroneous. He provides them with humanity and dignity despite literally rendering them as inhuman cartoons.

Screened at the 2021 Sundance Film Festival