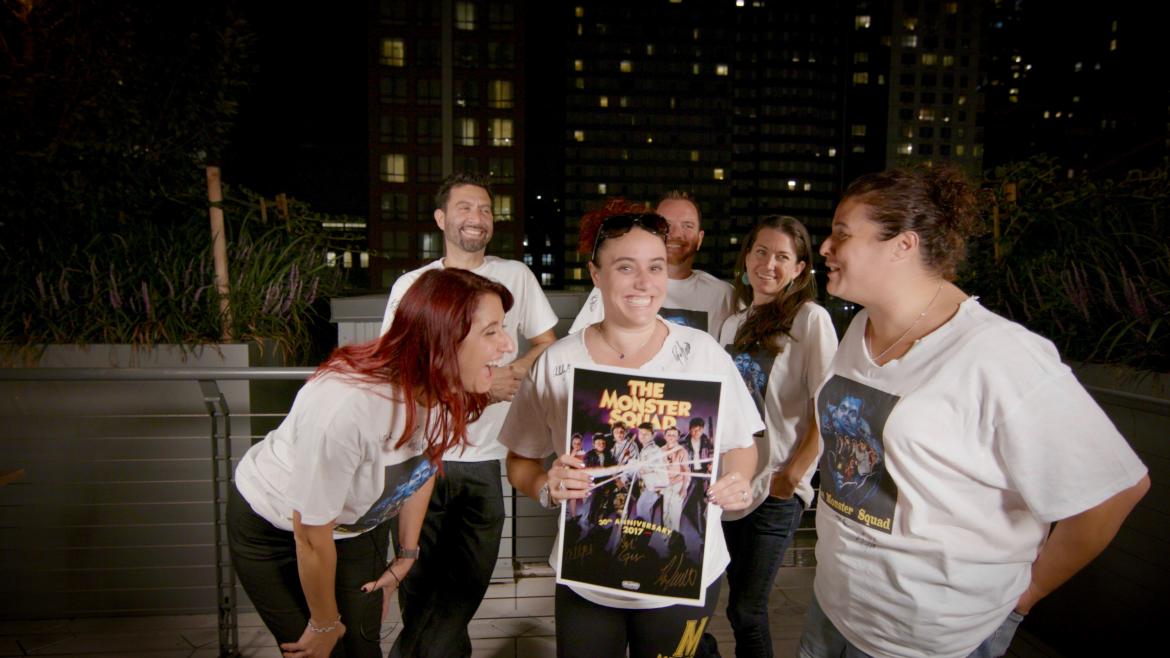 Documentaries based on films have an inherent hurdle they must overcome -- is this worthy of being a full documentary or is this a glorified DVD extra? The secret is conveying the craftsmanship and the passion that went into making the subject movie and the profound effect it has on its audience. Wolfman’s Got Nards delivers on both accounts.

Wolfman's Got Nards is a documentary film covering the history of the creation and cult following of The Monster Squad (1987). Directed by Andre Gower, the child lead of The Monster Squad, the documentary focuses on the history of The Monster Squad through inception to reception. A majority of the cast and a lot of the design team who created the makeup for the original film are interviewed and are given their time to shine. There is some great archival behind-the-scenes footage of Fred Dekker, the director and co-writer, interacting with the child actors to coach effective performances out of them. The film also takes a look into the marketing (with the most horrific ad for the mummy) and how the film eventually achieved its beloved status following its initial theatrical run which can only be described as dismal.

A majority of the documentary can’t quite shake the hallowed object narrative of fandom, but it does offer a few passing criticisms. Subjects call out the slut shaming, fat shaming, and homophobia that do not age well in the film very early on. It’s clear, however, the documentary’s focus is elsewhere as It doesn't explore these issues in depth and dismisses them as attributes that would be removed today as they are “not politically correct.” This could have been handled later in the film and with some depth and interrogation of the time in which the film was made.

Wolfman’s Got Nards seems to be one in a long line of films that were created by an actor associated with a so-called cult film with a growing fan base. Gower is a first time director and despite the quality of the camera the film employs a modest, presentational style with the occasional stylistic flourish of the interior of a VCR. Instead of lavish shots, the documentary keeps you invested with the passion that those interviewed have for The Monster Squad. The emotional key to the story is the death of Brent Chalem. Chalem played Horace in Dekker’s film and it’s clear his arc is a fan favourite. We learn he sadly died before he ever knew the profound effect the film had on others. It’s an effective sequence that will likely resonate with viewers who have loved ones who have missed moments we wish we could share with them.

The major criticism of the film is pacing - often we will return to topics that have already been discussed or hang on a subject for longer than necessary. This doc unfortunately drags itself to the finish line when we are ready for it to wrap up; the documentary is notably longer than its subject film. Occasionally the editing picks up a frenetic pace as we bounce between interviewees for no other reason than to keep the energy up.

With that said, Wolfman’s Got Nards offers fans of The Monster Squad some new insight into the film’s production, it’s chock full of nostalgia, and can expose others to a much loved film if you had never heard of it. While we all know Wolfman's Got Nards, this film also teaches you that it has a heart.