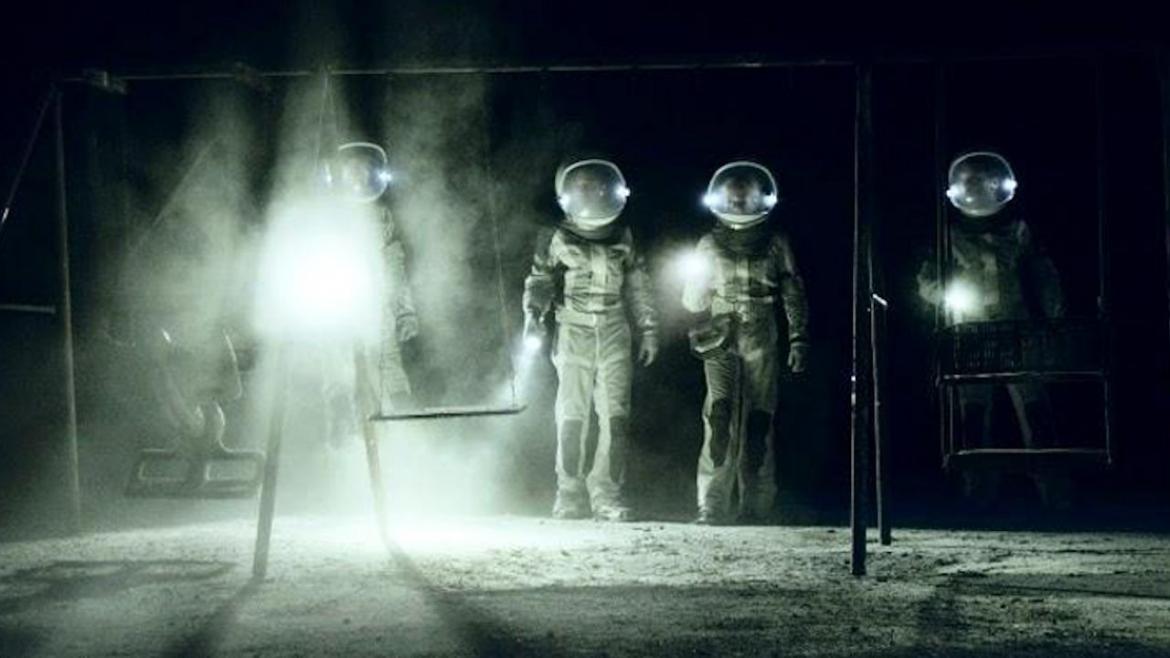 We are just six years removed from Duncan Jones' mesmerizing science fiction masterpiece, Moon. Six years and not a single filmmaker has come close to recreating the same type of minimalist magic that Jones was able to put together. Not that this will as a surprise to anyone, but 400 Days, which features the dramatic chops of Dane Cook is no Moon. In spite of that fact, Matt Osterman is able to squeeze out at least a surprising amount of entertainment from what's a mostly tired concept- though it's not nearly enough to quench genre fans' thirsts.

Brandon Routh, Caity Lotz, and Ben Feldman accompany Cook to round out the cast of the film which follows the exploits of a group of astronauts tasked with entering a space simulation as a training exercise prior to experiencing the real stresses of space travel. The simulation is set to last for 400 days (shocker) in an underground facility where they are to carry out and log their activities just as they would do on a real mission. As time passes, the crew slowly begins to feel the effects of isolation and each begin to break down in their own special way. As the end approaches they find a sickly looking intruder and follow him out through the facility's air vents and discover the outside world has experienced a catastrophic event and struggle to decide if what they are seeing is real or part of the simulation.

It would be incredibly unfair to hold 400 Days up to the likes of Moon. All things considered 400 Days is actually better than it looks from the outside. Casting the likes of Brandon Routh and Dane Cook are immediate turn offs to a large audience. These two actors have had their moments cinematically, but neither carry the reputation for having quality dramatic chops- and let's face it, to pull of the melodrama of 400 Days, one needs some dramatic chops. Feldman and Lotz actually do a lot of the heavy lifting and pull of the impossible of making the other two look better than they actually are.

Sadly, the most interesting aspect of the film takes place outside of the facility. The idea being solid, but fitting in what's basically two different movies ensures that one of the aspects is short-changed. The time inside the facility sets up the mental instability of the characters, meanwhile as they venture out into the dark sandy abyss that used to be Earth there isn't nearly enough time to get a feel for what this world is. Even sadder, Tom Cavanagh is then introduced and steals the show- but he's such an interesting character that it's hard not to be mad that he couldn't have been a bigger part of the first half.

It's impossible to take Dane Cook seriously as the brainy astronaut type, and the film crawls through a stretch of painfully boring and lazy character development. Osterman then blindsides the audience with a new world ripe with possibilities and tension, but can't find a way to successfully meld the two halves together. 400 Days is a slightly better than average minimalist sci-fi thriller, but at times it also feels like that's how long you've been forced to watch Dane Cook posture around in a wife-beater.