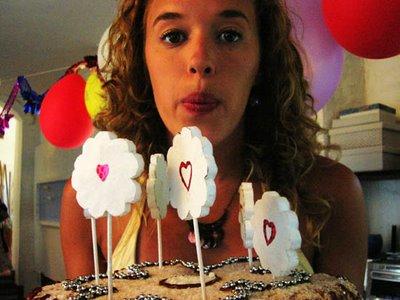 I’ll just come out and admit it: I like microbudget horror movies more in theory than in practice. I love the idea of hardcore fans with a lot of passion and no money getting together on the weekends with anybody who will work cheap enough and saying “Let’s put on a show! With decapitations!” Unfortunately, the end results of these Karo syrup and red food coloring soaked outings tend to show that passion is no substitute for talent and that a little money is often the difference between a bad movie and an unwatchable movie. As much as I want to champion the little guy, most of his movies suck.

Director Adrian Garcia Bogliano seems to understand how to get the most bang for his buck. Rule number one of low budget film making is that there is no special effect cheaper or more effective than skin and, in a move that would make Russ Meyer proud, Bogliano has made a movie that stars six attractive girls in bikinis who spend most of their time lounging by the pool. Exploitative? Well, yeah, and in the best possible way.

I was hooked on this film from the beginning. The clichéd opening scene really should have stayed on the cutting room floor (why do so many horror movies have to start with a hit-and-run?) but once the title sequence kicks off, it’s all pretty much greatness. The aforementioned bikini girls are in a remote poolside cottage preparing for the birthday party for one of their former classmates. On the surface they seem to be having fun but it’s clear that something strange is going on, especially with one girl who is stressed out and threatening to leave.

She calms down enough to join the other girls in a full-blown, choreographed dance routine to some terrible Euro-disco only to lose it again when the CD starts skipping which summons a sledgehammer-wielding psycho who looks like Jack Black wearing an Evel Knievel cape. After the sledgehammer mayhem we see a backwards flashback of the girl from her abduction, that starts with her being abducted and brought into the house and ends with her accepting an award as a schoolgirl.

It’s like a three minute version of “Irreversible” and is beautifully shot and edited. Barely 15 minutes into the film and Bogliano had already won me over from an exploitation, horror and artsy standpoint. Most movies that can hit all three of those buttons tend to be miserable, visceral experiences, but the fact that he does it in a movie that’s loads of fun and often very funny is only icing on the cake.

Much of the fun of the movie comes from trying to figure out exactly what is happening and just as one thing starts to become clear, another mystery unfolds. Through flashbacks we learn that the girls were “invited” to the party through violent abductions and have had a series of rules drilled into them with the last and most important rule being “always have fun.” They are reminded that “the walls have ears” and if they break the rules by openly discussing their unusual situation or trying to walk the 36 steps it would takes to escape to a nearby car, they could find themselves facing terrible physical punishment or even death at the hands of the sledgehammer man.

“36 Pasos” drips with style from its visuals to its editing to its music. It’s a great accomplishment for a director to make a movie with this much visual flair. To do it on a tiny budget with video cameras is nothing short of amazing. Bogliano manages to imbue his digital video with the look of a 16mm Eurosleaze movie from the 70s and the film has a visual style that brings to mind the Italian masters like Bava and Argento. It manages to be fast-paced, flashy and exciting without ever devolving into a feature-length music video. The music and sound design are also top notch, from the abstract noise that announces the presence of the sledgehammer man to the Goblin-like synth funk that punctuates other points. Maybe most surprisingly for a film of such modest budget is the key scene that is set to Neutral Milk Hotel’s “King of Carrot Flowers Part 2.”

The third act of the movie veers into “Battle Royale” territory before ending up in a fairly conventional place for a horror movie, but the journey there is so much fun that there’s not much to complain about. It’s incredible that a straight-to-DVD Argentine film made for $5,000 is one of the best horror films I’ve seen this year, but Bogliano manages to squeeze a ton of movie out of a tiny budget. Anyone interested in a horror flick with a sick sense of humor, loads of style and a willingness to experiment might just find a modern-day exploitation classic in “36 Pasos.”