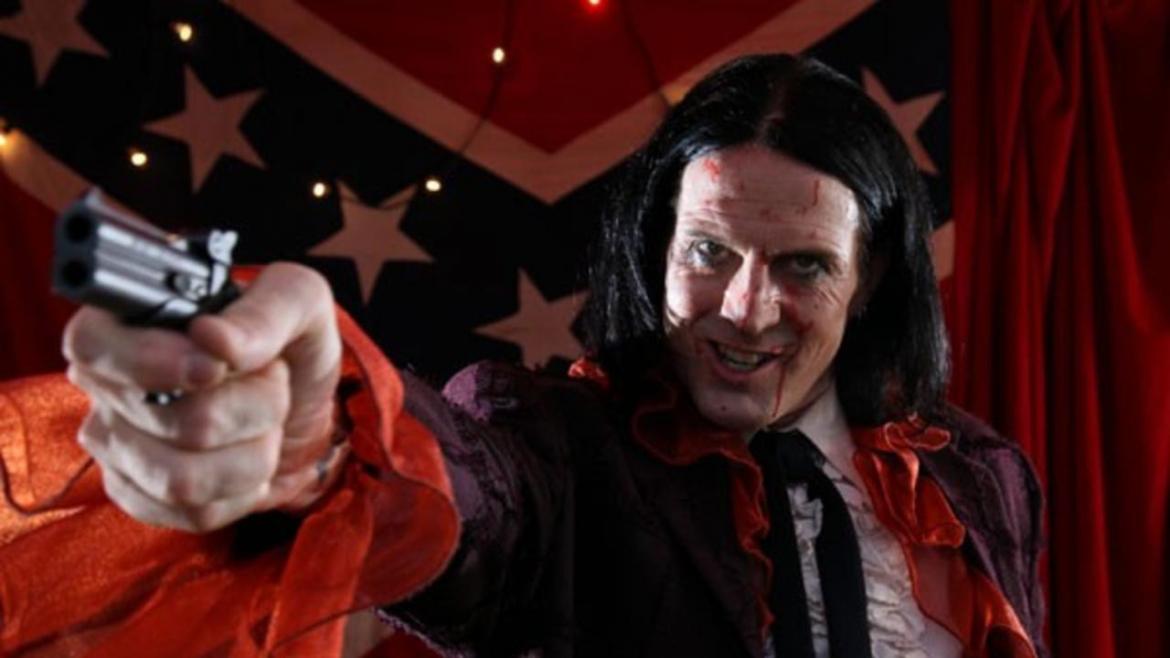 A few years ago, many horror fans squealed with delight when they found out that Robert Englund was going to star in "2001 Maniacs," a remake/reboot of the cult classic "Two Thousand Maniacs!". The film was largely well received, including on this site, mostly because of Englund's entertaining performance and the fact that it was simple fun with little to take seriously. However positive the response was, most critics agreed that if you were to remove Englund from the formula entirely, it would likely fade into instant obscurity. Five years later, that fate has befallen the sequel, as "2001 Maniacs: Field of Screams" features Bill Moseley in the main role previously held by Englund. You could argue that there are worse substitutions to be made, and I would agree, but overall I feel that this major switch exemplifies the quizzical nature of this film's existence. "2001 Maniacs: Field of Screams" does very little to prove that its not a completely unnecessary sequel.

This film picks up where its predecessor left off, with the town of Pleasant Valley, Georgia, preparing for their annual "Guts N' Glory Jamboree." The town is run largely by Mayor Buckman (Mosely) and Granny Boone (Lin Shaye), who also oversee the yearly festivities, which involve routinely slaughtering "northerners" to exact revenge for atrocities during the civil war in gory and sometimes hilarious faction. When the town sheriff informs them that there will soon be a federal crackdown of the jamboree, the band of rebels decides to take their demented show on the road, after rolling the officer towards a giant bulls eye in a barrel ful of sharp objects, of course. In their travels, they encounter the cast and crew of "Road Rascals," a not-so-subtle nod to the stunningly popular reality series "The Simple Life," and proceed to involve them in their deadly carnival of murder and cannibalism.

As you can imagine, the cast and crew are rife with stereotypes, from the curly-wigged Jewish director/camera man, to the frustrated lesbian producer, to Jesus the hispanic production assistant, and so-on. For the greater portion of the first half of the film, the viewer is treated to a groan worthy-rehash of the exact same joke at least a half a dozen times, as follows:

Character A: "Hey, get over here Speedy Gonzales."
Jesus: "Hey man, my name is HAY-ZEUS."
Character A: "Whatever, Jesus."

The joke is lame of course, but it's fine once. However, there's a basic expectation that a "horror comedy" aim a little higher with the humor, or at least vary the low-brow in a way that carries things along until you get into the real meat of the production. The film's funniest and most entertaining moments spring from the over-the-top kill scenes that are often too short for my tastes. It's in those moments that you get to see the truly demented nature of Pleasant Valley's inhabitants, something which I found to be far more compelling than the cheap wink-wink, nudge-nudge racial humor. Aside from the bloody limbs and other assorted viscera, fans of nudity will find plenty to latch on to here, as you will see literally every female cast member under 50 half to completely naked, and even a few male butts in there for good measure.

I mentioned that the most obvious difference between "...Field of Screams" and its predecessor is the substitution of Bill Moseley for Robert Englund. While the lack of Englund hurts this film a bit, especially for continuity's sake, I think that Bill Moseley does enough as Mayor Buckman to keep the film afloat. Remove that "star" power though, and this one goes the way of the Confederacy pretty fast.

Overall, horror fans that are willing to turn their brain completely off and ignore lengthy portions of "2001 Maniacs: Field of Screams" will find an occasionally fun ultra-lowbrow horror experience. In concept, this film has the potential to be really interesting and genuinely funny, but it's extremely hard to latch on to a feature that goes the cheap route at every turn. I was hoping that a sequel to a thin film that lucked out with a solid lead would find some new territory to tread, but "2001 Maniacs: Field of Screams" seems to not only retread but take the series a few steps back, which does not bode well for future sequels.