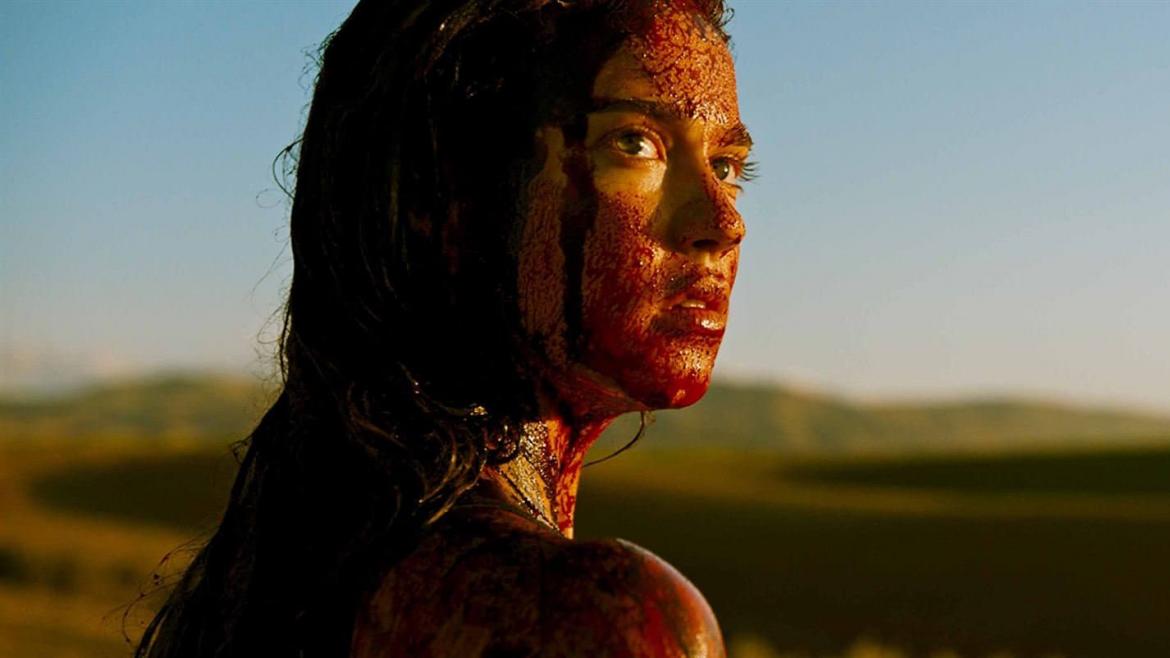 Right off the bat, let’s get something out on the table. Horror movies have a complicated history when it comes to the portrayal of women. The genre is rife with tropes that flatten women to wholly two-dimensional people. Like many other genres and mediums, women were often allowed to be an archetypal virgin or whore. Women who own their bodies and sexuality have often been treated as disposable at best and villainous at worse, while women who are allowed to survive and thrive have often done so by following the genre’s unspoken rules about drinking, drugs, and premarital sex.

And when we consider gender within the subgenre of horror specifically, we cannot leave out the subgenre of rape-revenge. Films like Last House on the Left and I Spit on Your Grave featured female protagonists who were the victims of horrific sexual assaults and violations of their bodies, safety, and physical space so that the perpetrators could be punished. These films have traditionally been created by men and have all too often revelled (intentionally or not) in the violence and trauma that the heroines go through.

As a female horror fan, I have typically avoided this genre. I tried to watch the original Last House on the Left when I was in high school and couldn’t finish it. I attended a screening of the remake while I was in college and almost walked out of the theater when a male audience member behind me exasperatedly shouted, “Oh come on” when the camera cut away from the actual assault. Coming from this perspective, I was nervous going into Coralie Fargeat’s Revenge. Being a woman does not automatically make a filmmaker capable of handling such a delicate subject.

Revenge tells the story of Jen, who accompanies her married boyfriend Richard to a desert retreat for a few days of sexiness before his associates arrive for a hunting trip. When his friends arrive early and unannounced, Jenn and Richard are undeterred and the party continues. One of the men, deciding that the way Jen dressed and danced meant that he had a right to her body, rapes her and when her boyfriend returns, all he offers in the way of comfort is an attempt to buy her silence. When Jen refuses to acquiesce to his solution and runs from the home, the men chase her into the desert and her boyfriend pushes her off a cliff, leaving her for dead.

This is Coralie Fargeat’s feature-length debut and the film is near perfect in its execution. Leading up to the assault, Jen dresses in bright colors and is shot through a very intentional and identifiable male gaze. The camera shows the audience in no uncertain terms what these men see when they look at Jenn, and she is aware of it. Jen knows the power that she has over men and she wields it with pride. When she tells the men about her dream to move to LA she expresses no ambition beyond being noticed. It is clear from these early sequences she knows how to be noticed. After the rape occurs, Jen is shot from a new perspective. Even when she is clad in just a pair of black briefs and a black sports bra in the film’s second half, her body is not leered at. Instead, there is something very primal about the way she is shot after her transformation that is much more interested in her strength. And the camera work is deft outside of the shots of Jen. This film is beautiful to look at. The desert setting is barren and unforgiving and so palpable that I might have had to bump my AC down a few degrees watching this because I was getting sympathy heat exhaustion!

The symbolism within the movie is also incredibly strong, walking right up to the line without ever tipping over into feeling too heavy-handed or on the nose. In one incredibly devastating scene, the third man in the house walks in just before Jen is raped. As she begs for his help he throws a handful of candy in his mouth. The camera cuts to a close up of the inside of his mouth before pulling back out to watch him walk away and shut the door. Jen doesn’t mean more to these men than the food that they eat or the animals that they hunt for sport. They are all too happy to devour her and think nothing of it.  A later scene that shows an ant being drowned in Jenn’s blood as she hangs impaled on a tree, though, shows us just how their callousness will be rewarded.

And I can’t get through a review of this film without speaking about Matilda Lutz’s performance as Jen. In an interview with Coralie Fargeat she shared that Lutz was not, in fact, her first choice and that she had only brought her on after the originally contracted actor had to back out due to scheduling conflicts. I cannot imagine this movie with another woman at its center. Lutz is simultaneously vulnerable and strong in a way that I think will ring very true to many women, though few of us have suffered like her.

I could talk about this film forever, but I want you all to go out and watch it and have your own experiences. I want you to develop your own opinions about this movie and bring them to the conversation. This film is incredibly powerful and it shouldn't slide under the radar like so many great indie horror films do. Revenge might be one of the first rape revenge movies that successfully does what so many films in the subgenre purport to do. This movie has important things to say and I think it’s about damn time we hear them.