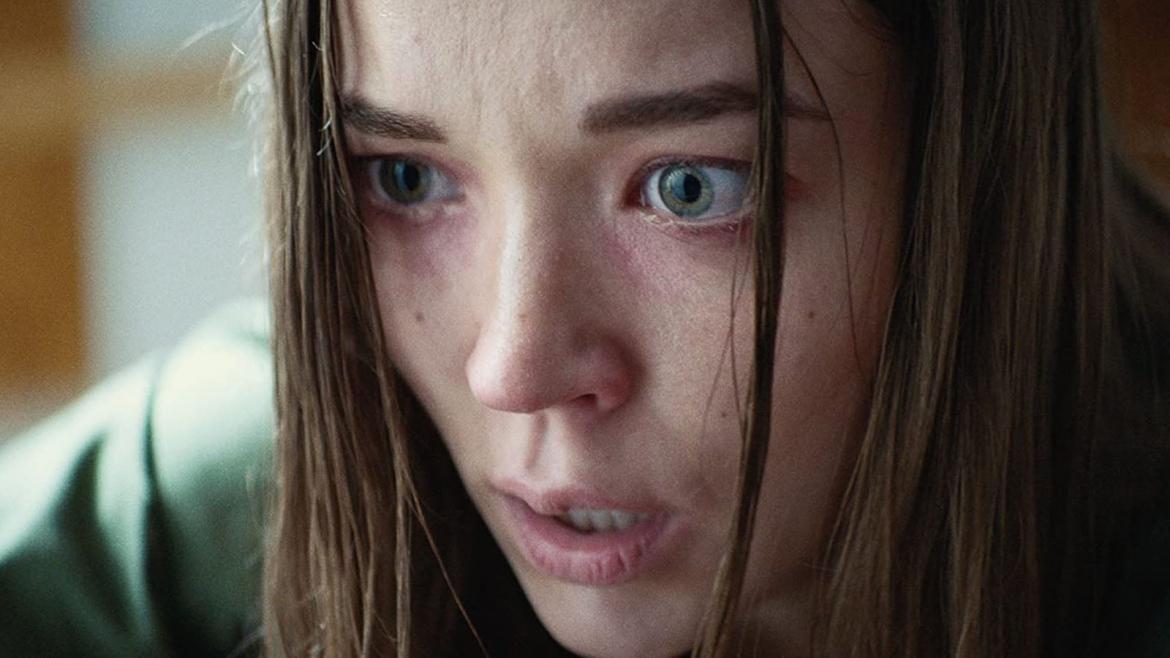 Sarah (Nicole Brydon Bloom) has recently moved to LA for a fresh start and is looking for the perfect apartment. She tours a coveted complex with a tight knit community where she’s certain her application will be rejected, but, to her delight, she is accepted. She moves in and is taken by how friendly and generous everyone seems until things take a viciously dark turn. Sarah’s life is quickly flipped upside down as she finds herself being relieved of her “bad conditioning” by the community’s leader, Jerry (Taylor Nichols), in order to officially join her new home.

Early on 1BR feels like it’s limping along trying to set up the “too-good-to-be-true” vibe Sarah finds herself in. Meanwhile, as a piece of horror fiction, most audiences will simply be keyed into the red flags, knowing that eventually a turn to the macabre is imminent. Late in the first act the film makes its move. (Minor spoiler ahead that animal lovers may want the heads up on). It’s revealed that Sarah’s new apartment is not pet friendly. When she’s initially attacked to begin her conditioning, Sarah discovers she has violated this part of her lease for having a cat. Shortly after she finds the poor animal being cooked in a glowing oven. It’s a window into the community’s strict rule guidelines and violent consequences.

The second act is the most tedious and rough to watch. The indoctrination of Sarah into this cultish community reaches its most grim levels. She’s constantly told by men that she was chosen because they could tell she needed help and that at the end of all the psychological and physical punishment she’ll thank these men for what they’ve done. You’d be right in assuming that this stretch has a problematic cloud hanging over it that many will not be able to bypass to see some of its more palatable ideas in the third act.

Still the third act is where we fully expect the shoe to drop-where Sarah flips the switch from victim, to the strong female protagonist we’re all hoping for after everything she’s been through. The film never quite hits that stride. However, 1BR has a more interesting approach as the film clearly tries to foreground her power in emotional, interpersonal relationships rather than transforming Sarah into a female John Wick. A sequence in which she has to manipulate her father when he comes to the complex in order to save him is a particular standout. It’s a feat she wrestles with given their tenuous relationship history and her father’s desperate plea that he can’t lose her. This scene, like many where Bloom stretches her emotional range, is a testament to an underutilized actress who should be on the rise soon enough.