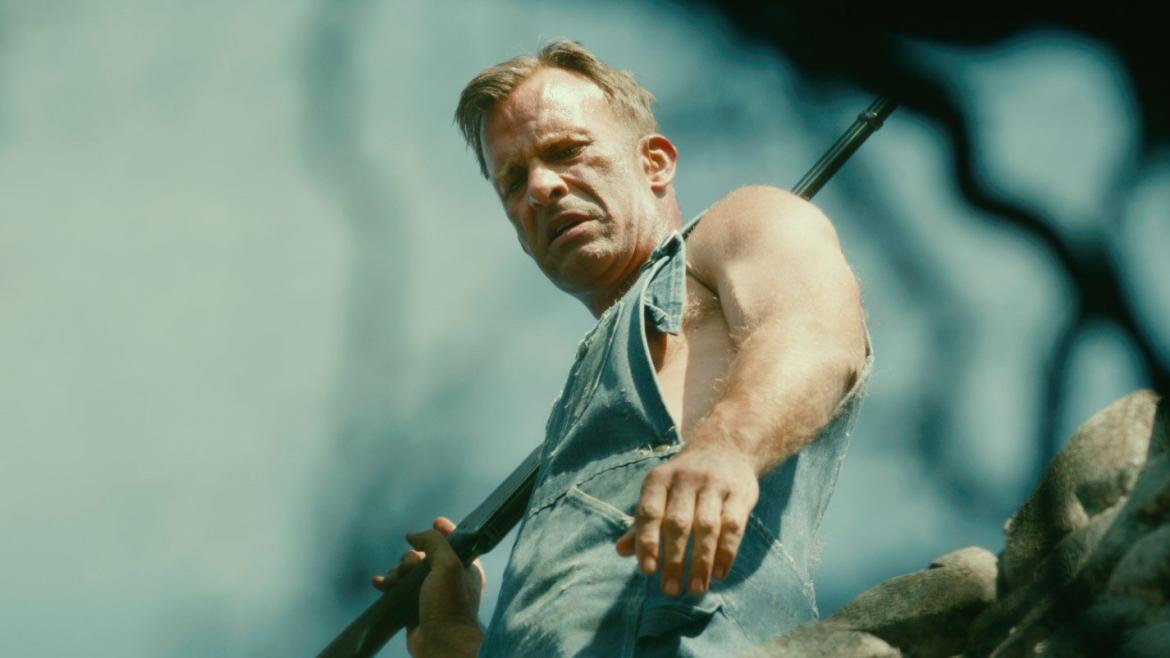 For a guy who’s been, by all accounts, happily married for nearly half a century, Stephen King sure can paint a bleak portrait of the institution. The most recent adaption of one of his depictions of wedded woe, 1922, is Green Acres if the show had lasted long enough for the main characters to resent the hell out of each other. A country boy born and raised, Wilfred (Thomas Jane) sees city people as fools, and he’s passed this worldview on to his teenage son, Henry (Dylan Schmid). Wilfred’s wife, Arlette (Molly Parker), meanwhile, dreams of the big city, of running a dress shop and of the independence that life in the country will never afford her. When the opportunity comes to sell her share in the family farm, Arlette is ready to jump at the chance. Once Wilfred and Henry realize Arlette won’t be talked out of selling – even at the cost of her marriage – they take drastic, irreversible steps that will haunt them for the rest of their limited days.

In 1922, writer/director Zak Hilditch has crafted a somber, poetic musing on guilt and how it insidiously creeps into our minds a little at a time before taking over. The film is so fixated on the mental and physical fallout of the actions of father and son that it does feel like it only gives us part of the tale. Wilfred and Arlette’s backstory, the entire journey to where we meet them at the start of the film, is allocated a single throwaway line. There are moments to spare in 1922, a film that admittedly feels longer than its 100-plus minute run time. It’s hard to imagine room couldn’t be found to flesh out how these characters get to such a breaking point in their lives together.

Hilditch entrust the task of carrying the film to Thomas Jane, a veteran Stephen King workhorse. Jane admirably captures Wilfred’s complex and evolving state of mind. Early on, the man is singularly-focused, manipulative, and cursed with a simmering hate. As the film progresses and he comes to realize that he conned himself right alongside his son, Jane’s Wilfred morphs into a broken and humbled, but no less cursed, man.

1922 isn’t the sexiest Stephen King property to be adapted this year in either stature (It) or actual sexiness (Gerald’s Game with super-jacked Bruce Greenwood and Carla Gugino). Nor is it the only one to ponder the fragility of marriage (Gerald’s Game again). Yet, it manages to carve a nice little niche for itself as a successfully dark, brooding period piece.