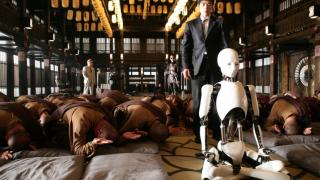 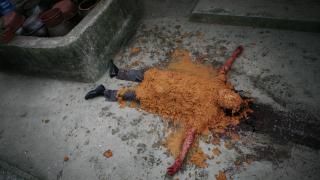 Good news kids! The real Godzilla might be making a come back in late 2012. Word on campus is along with the American reboot that currently planned the good people at Toho are also in the works for a brand new rubber suit version. Merry Christmas honey, hope you like an hour and a half of pure misery!

Yesterday we saw "Husk" from the After Dark Originals series and today we see "The Task" and as much as it pains me to not hate two movies in a row I have to say I'm a sucker for stupid kids trapped in a building. Yes it's a blatant rip off of that crappy MTV show that use to be on but at least in this one people die. People die and there's a creepy ass clown that isn't Carson Daly! People get that reference, right?

The only two things I understood about the trailer for the South Korean film "The Housemaid" was the ridiculous amount of sex a married guy has with his maid and the AT&T ad that ran before the trailer started. From the quotes in the trailer though this will apparently be the greatest movie ever invented. Well that and AT&T really does have the best nationwide coverage around, hands down.