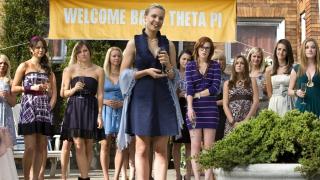 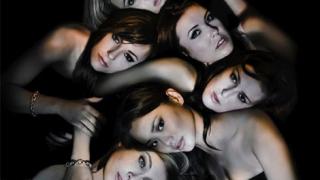 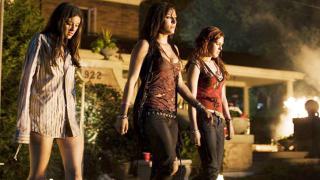 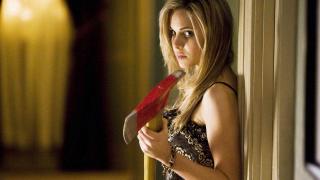 So... I do have to admit that I haven't seen "The Host" yet. The reason I say that is because here's the first still from the sequel. Does the creature in the first film look that terrible? Please inform.

Excited for Mike Dougherty's "Trick 'R Treat" this Halloween? Now you can enter a fan-art contest being sponsored by Warner Bro's for the release. Check it out!

Here's the final one-sheet for "Sorority Row". Not as sexy as the others, but that was a hard track record to live up to.

Ben Ketai has been hired to direct the "30 Days of Night" sequel, subtitled "Dark Days". The film will follow Melissa George's character (recast apparently) as she heads back to Las Angeles and intentionally attracts the local vampire population to get revenge for her husband's death. So, we recast the lead and take the story out of the arctic circle? Count me out.

This morning brings the news that 2010 will see an "Exorcist" Blu-ray, with both existing cuts of the film.

Check out this "age restricted" clip from "Sorority Row". It's not restricted for the reason(s) I would have liked, but it's a slow news day so we'll take what we can get.

Hey guess what, there's literally a white horse in "Halloween 2". And why shouldn't there be. Ya, no, this is going to be great.

"Train", the film that was originally a remake of "Terror Train" but then turned out not to be, will be going direct to DVD on November 17th. The film stars Thora Birch, so at least it's got that going for it.