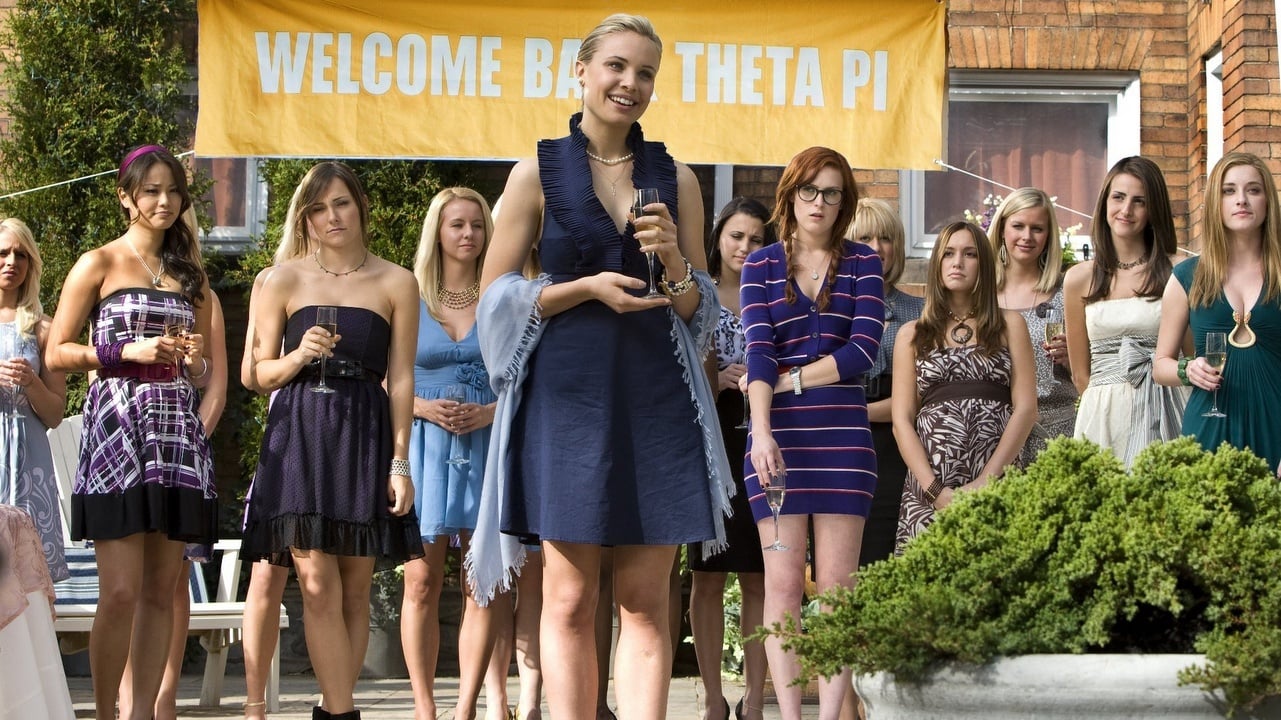 This month's Thirsty Thursday movie is brought to you by good old nostalgia. As a burgeoning horror fan, I convinvced a group of my sorority and fraternatiy friends to attend a matinee screening of Sorority Row back in 2009 so that I wouldn't have to go see it alone. And before you ask, yes I was in college in 2009, and yes I am a baby.

Sorority Row is one of many early 2000's remakes or reboots of horror movies from the 70's and 80's that were maybe just one tier below classic; think Prom Night and My Bloody Valentine 3D. Sorority Row stands out among the group, though, as one of the few that I would qualify as successful. This movie is just about as rote as you can get, but it's one hell of a ride! So grab some pals and some cold ones, we're going back to school!