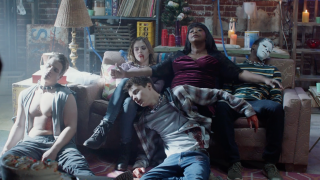 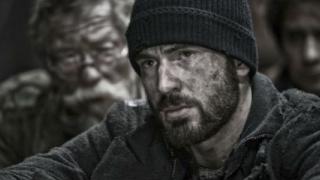 In a recent poll that I conducted in my head it was determined that 100% of women in America hate Katherine Heigl. The number 1 reason? I think she's hot and women hate any woman that takes my attention away from them. What a country! So no woman is going to want to see "Face Blind", which stars Heigl as a woman who suffers from a rare illness that makes it impossible for her to distinguish people by their faces. Do you have dreams where you have this and everyone looks like me? I bet you do. Silly goose.

I can't think of anyone who's actually excited about the NBC reboot of "The Munsters" but then again I don't really talk to a lot of people. If you're not up to speed the show is going to be based on the original TV series that focused on a family of monsters but will have a much darker tone. And today it looks like NBC has announced they'll be calling the show "Mockingbird Lane" rather than sticking with the original title. They're also dropping all the monsters and making the show about a group of college girls trying to make it on their own. That last part is just a guess.

A lot of people thought "Insidious" was a dandy movie. But then again a lot of people think those LMFAO jackasses are talented. What the hell is with the robot!? But just as they will keep making music it looks like James Wan will return for the inevitable sequel to least year's surprise hit. No plot or cast has been announced but it looks like the same production team and writer Leigh Whannell will return. I just hope they get that weird red faced guy to return also. And that old lady who screwed Woody Harrelson in "Kingpin". She always makes me laugh.

Octavia Spencer is Hollywood's sweetheart right now and I have nothing bad to say about that. Other than her eyes kind of freak me out. But that's it. So here's some news about her joining the cast of "Snow Piercer", a movie about a group trapped on a train after the world is frozen over. Tilda Swinton is in the movie too. She also kind of weirds me out but seems very nice. We all learned something about each other today didn't we?