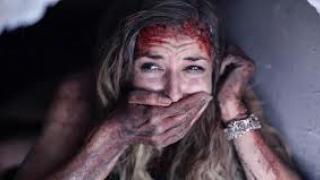 George Romero's 1981 film "Knightriders", possibly the only one he's ever made that makes the original "The Crazies" look tolerable, is finding its way to Blu-Ray on April 22. For those of you not familiar with the flick (check out our podcast but only pay attention to my opinion) it's about a group of medieval re-enactors who ride on motorcycles rather than horses. I'm not kidding. Oh and Tom Savini wears a speedo. It's awful.

Colin Trevorrow has been hand selected to direct "Jurassic Park 4" after a extensive search. Producer Steven Spielberg spent 4 weeks in the Amazon surviving only on what he hunted and smoking opium before traveling to the tallest mountain in the forest to meet his spirit animal who reportedly told him Trevorrow would be the right man for the job. He then traveled to the director's home and forced him at gun point to slaughter four chickens, two rabbits and one goat to solidify the deal. It's Jurassic god damn Park people. This shouldn't be taken lightly.

"Aftershock", Nicolas Lopez's English debut starring Eli Roth, will find it's way into limited theaters on May 10. Selena Gomez also pops up in the film about a group of travelers in Chile who find themselves trying to survive after an earthquake hits. Apparently in Chile people go around killing each other with axes when a earthquake hits. It's a strange wondrous land. Never visit it.

Paul W.S. Anderson will apparently return again to direct "Resident Evil 6". Oh man they got him? Sometimes you just get lucky.