The wait is over my friends, Troma's "Return to Nuke Em High" will finally hit DVD and Blu-Ray on March 18th. Lloyd Kaufman takes to the director chair again for this sequel to the beloved 1986 classic "Class of Nuke 'Em High". The disc will be chock full of commentary tracks, behind the scene features and all kinds of other magic. You like magic don't you? What kind of jackass doesn't like movie magic?

The other day I was clicking around the old boob tube and stumbled upon something called "Lizzie Borden Took An Ax" which turned out to be a new film staring Christina Ricci as the infamous parent killing ax wielding nut bag. I immediately though "Hey is this Lifetime? Wow I'm not going to watch this! Hey let's not watch that." Then I moved on. Now I read that the flick is being released on DVD this coming April 8th. So just in case you don't have Lifetime but still want to enjoy a movie that was made for Lifetime... ya know this might be important news.

Who doesn't want to see Jennifer Lopez lose her mind and go on a killing spree? No one I want to be friends with that's who! The film is called "Lila And Eve" and it's just been picked up by A+E Networks for an early 2015 release. The project also stars Viola Davis who along with Lopez goes on a killing spree of the local bad guys after their children are murdered. So ya know... I guess it's not that sexy of a movie after all. 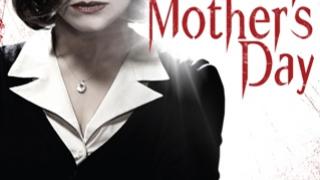