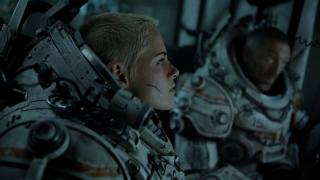 I'm just going to come out and say it. Tobey Maguire is a creepy little man child. He weirds me out and I haven't slept well since I knew he existed. And now he's been added to the cast of the big screen adaptation of "Z for Zachariah". The film tells the story of a girl who runs the only farm left on the planet with breathable air after the world ends. Well I mean I guess it doesn't end. She's alive. People come and meet her. This doesn't sound so bad after all.

Everyone's favorite.... I don't really know, Lara Jean Chorostecki has been added ot the cast of the upcoming NBC show "Hannibal". She'll play Freddy Lounds in the series I've explained too many times to count so I'm not going to bother doing it again. I've still only seen "Silence Of the Lambs" so I have no clue what all this means.

Terry Crews is both lovable and frightening. It's kind of amazing. I wish I was him... a lot. And now he's been cast in "Scary Movie 5", a film which is both unnecessary and not wanted. Wait no, those two things mean the same thing. I'm awful at this. Anyway I don't know what role he's going to play but if I was going to guess I would say big hulky man who is afraid of everything. Just taking a shot here.

I know we're all still very upset about K-Stew-Pat-Son Gate 2012 and I'm not sure this new development is going to make things any better. It looks like Kristen Stewart has in fact been dropped from the sequel to "Snow White and the Huntsman." I know, it hurts. Apparently there's three films planned and K-Stew will no long appear in any of them. They may also go back and digitally remove her from the DVD version of the first film. Probably not though. 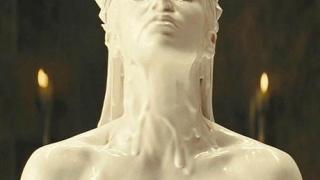 We debate who the sexiest person in this film is, and you might be surprised by the answer (okay, maybe not). 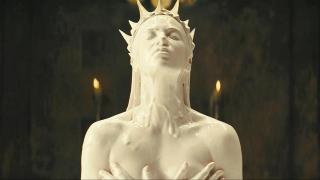 Hollywood loves its unnecessary remakes, so it shouldn't be too surprising that they are looking at Pascal Laugeir's "Martyrs" for the official treatment. What is surprising is that "Twilight" producer Wyck Godfrey is looking at Kristin Stewart to headline.

Breck Eisner thrilled us all with his remake of "The Crazies" and is moving on to some non-horror related fare such as "Escape From New York" and "Flash Gordon". He'll be making his way back to the horror work though as he has taken on the rights to the classic Dracula comic "Blood of the Innocent".

Joe Lynch's upcoming horror comedy "The Knights of Badassdom" just got a whole lot hotter as "Firefly" alum Summer Glau signs on to the cast.

Need some more Sam and Dean Winchester in your life? You better hope so as Warner Brothers Japan is preparing 22 episode "Supernatural: The Animation"! Details on the new show are scarce at this time, but the official site talks of recreating some of the fan favorite episodes of the series as well as some new adventures mixed in.

If you live in a cave, you may not have heard that

Craig Gillespie, director of "Mr. Woodcock" and "Lars and the Real Girl" has been tapped to help the "Fright Night" remake.

Amanda Seyfried confirmed in her red carpet interview last night that she will be donning the picnic basket for "The Girl With the Red Riding Hood.