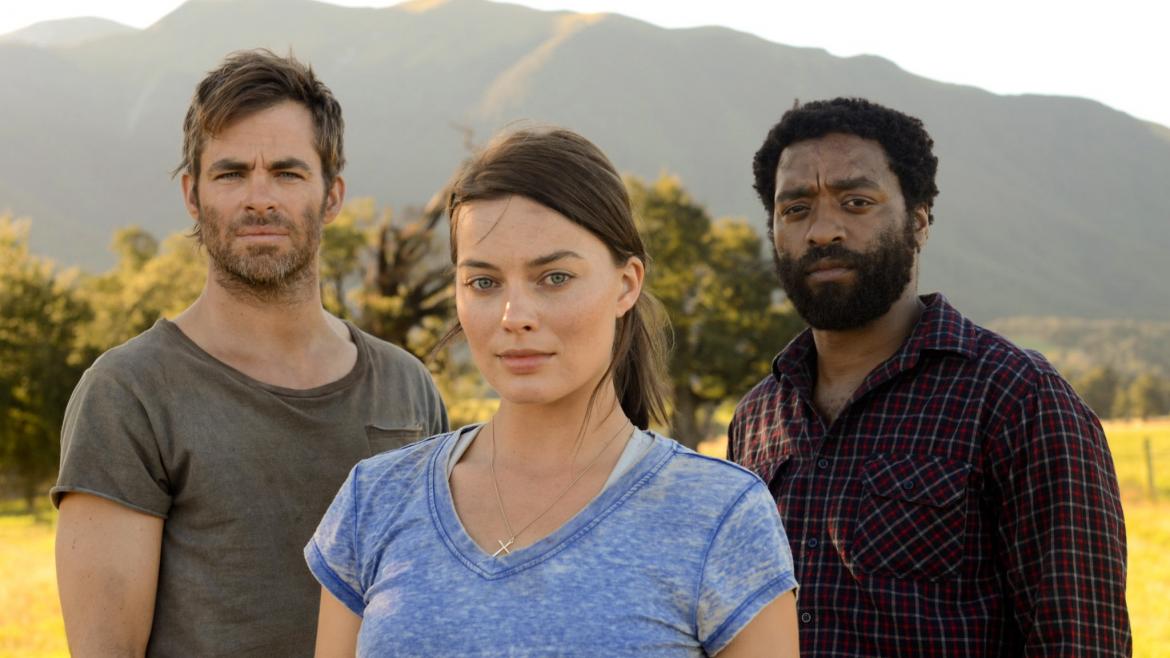 Craig Zobel showed a knack for conveying the uncomfortable with 2012's Compliance. Moving forward into the post-apocalyptic setting of Z for Zachariah the director's grip on compelling cinema with limited means makes a natural leap forward with the help of stunning cinematography and a top notch cast. However it's tough to leave the world of Zacharia without feeling like a key piece of the puzzle has been misplaced.

Set in an unknown time period following a disaster that has almost completely wiped out civilization, Ann (Margot Robbie) has miraculously survived in a small area that has not been contaminated by radiation. One day she stumbles upon a wondering stranger, Loomis (Chiwetel Ejiofor), swimming in contaminated water. When Loomis falls ill Ann nurses him to health and invites him to stick around to help on the farm she currently resides. When another stranger, Caleb (Chris Pine), wanders onto the land a love triangle develops and Loomis finds his budding romance with Ann threatened.

It's not entirely off base to think of Z for Zachariah as the extremely unfunny version of Fox's Last Man on Earth. There is nary a tongue to be found within cheek throughout, but it treads similar water- people believing they are the last on Earth, then meet someone else, suddenly the subject of repopulation takes center stage, but then a wrench is thrown in the mix when yet another survivor enters the mix. Believe you me though that Zobel's vision is far bleaker even with the constant threads of hope woven throughout the script.

Zachariah doesn't dip its toe fully into the realm of the horror genre outside of the fact that it takes place in a post-apocalyptic future. It does however venture into more genre territory as the tension mounts between Loomis and Caleb as Caleb becomes more and more smitten with Ann. From start to finish though the film is all about its characters and less about giving the audience lots of genre thrills. Instead, what audiences will get is a lot of moral issues and religious subtext to chew on as characters spar back and forth. Sure, there isn't much in way of eye-popping special effects, but the scenes of Pine, Robbie, and Ejiofor talking back and forth are beautifully filmed...so there's that.

Z for Zachariah is your stereotypical love it or hate it type of movie. There is however, some wiggle room in the middle for one to be teetering on the edge from either side. The performances, script, and setting are impressive to be sure, but there is a lack of energy that really drags the film down in the end. Z for Zachariah lends plenty of fodder for conversation, but could have benefited from a well placed adrenaline shot.