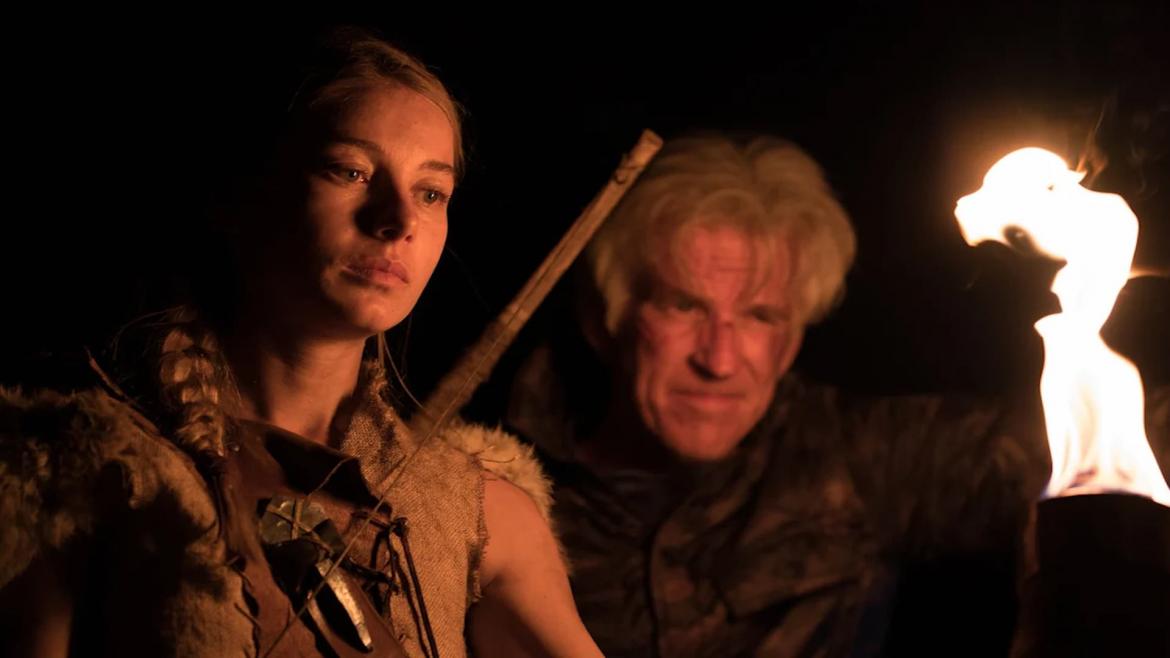 Remakes earned a bad rap over the years due to shameless cash grab productions that failed to capture the spirit, intention, and love that drew the admiration of its fans. The remakes that seem to deter the ire of old fans and new audiences find a way to innovate or at least pivot from the original without becoming unrecognizable along the way. Where time lands on 2021’s Wrong Turn reboot remains to be seen, but there’s one thing that’s certain; absolutely no one is going to be complaining that it didn’t do something entirely different from the original.

Interestingly enough, this iteration of Wrong Turn was written by Alan McElroy, the same writer of the 2003 original. Yet, apart from its key setup, the similarities end there. In fact, you can debate if the premise itself is a bit of a spoiler, but since it’s all right there in the press and IMDb material….here we go. The film follows a group of friends who venture off the advised path while hiking the Appalachian Trail only to find themselves on the turf of The Foundation, a community of folks living in the mountains since the mid 1800s fearing the collapse of states following the Civil War. Crippled by traps and running for their lives from figures donning animal skulls and speaking a strange language, the group desperately seeks escape.

The reveal of The Foundation is an extremely interesting second act turn. It’s also perhaps deemed a “need to know” tidbit of information to draw in anyone asking, “why are they remaking a movie from 2003 and why should I care?” No doubt the Wrong Turn franchise has its defenders having only seen the first one I am not one of them) so there is likely to be at least some confusion as to the demand to reboot this particular franchise. The original franchise chugged along through 2014 clocking in 6 films in total making this reboot the seventh Wrong Turn entity in existence. Suffice to say that the 7th time for some may be the charm as it leaves behind its backwoods inbred cannibal lineage in favor of something more politically charged and unflinchingly violent.

Sophomore director Mike P. Nelson (The Domestics) gives this update a very intense mood and aesthetic. As horror fans the tropes setting up the action will likely be familiar, and working in tandem with McElroy’s script keeps the horror rolling early and often. Early on the group is immediately left reeling when a massive log chases them downhill, delivering an extremely gruesome first death that sets the tone for the brutality they are facing from the assailants.

While the film’s premise and marketing puts The Foundation as the antagonists, there’s still something the film has up its sleeve in regard to the fate of the college kids, which sets the audience up for the finale. This additional plot turn isn’t quite as fleshed out as some may like it to be. Still, it’s hard not to admire the swing McElroy and Nelson are working to deliver regardless of how it falls apart once you start peeling back layers. The performances from the group leads are serviceable and the film  adds Matthew Modine into the mix as a concerned dad who decides to track his daughter’s phone signal to make sure everything is ok. Ultimately, this additional plotting  is designed to up the body count and sprinkle in some red herrings when he inevitably enlists help from sketchy locals to trek up the mountain.

Mike P. Nelson keeps the narrative momentum chugging admirably even if the film’s political aims are a little beyond its means. Armed with unwavering brutality and an interesting but unstable political lean, this Wrong Turn update may attract new fans who might be weary of the original franchise’s direction.