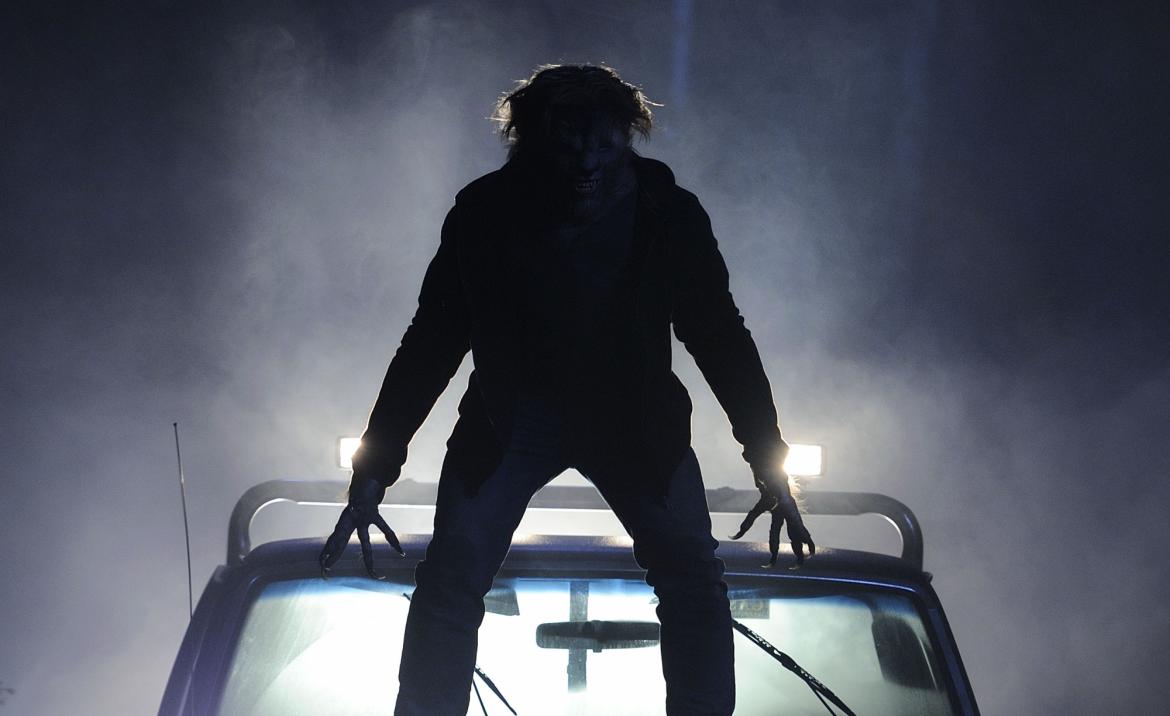 A monster flick directed by the writer of X-Men and Watchmen? The promise of a complex, fun, and fresh werewolf story? A focus on practical effects against the use of excessive CGI? What could go wrong? Apparently, plenty. David Hayter's latest directing project, Wolves, sets up all of the aforementioned aspects, but quickly reveals them to be false. The film does involve werewolves, as promised, but they are layered under digital effects within a plot full of obvious yet somehow confusing plot points.

Wolves tells the story of a teen named Cayden Richards (Lucas Till). He is an all star football quarterback, homegrown son, boy next door with the perfect girlfriend, and also a werewolf. He learns of his powers after attacking a rival football player that shames him at a game. His girlfriend tries to comfort him through love making, but it only incites him to become a werewolf. He wakes up in his home to find both of his parents dead from an apparent mauling which he assumes was by his hand. Cayden runs off into the night, traveling as far away from his hometown where people may recognize him. He comes across a mysterious, but not entirely nefarious, character named John (Stephen McHattie) that shares his wolf abilities. He sends Cayden to a small town to discover the truth behind his hidden wolfy talents where he meets Angelina (Merritt Patterson) and Connor (Jason Momoa). Connor and Angelina's connection to Cayden becomes more twisted and confusing the more he digs into his past which leaves him at the edge of saving himself or the ones who need him.

The biggest problem with Wolves is that it tries to be much cooler than it actually ends up being. Hayter attempts to make interesting shots and stylized scenes to give the film a different edge from other werewolf movies, but those moments just end up feeling forced and goofy. One in particular has Cayden riding a motorcylce with clearly oversaturated colors and digital effects creating an almost out of this world atmosphere around him. Written on the page of a script, this would be an interesting read, but to put that on screen requires a filmmaker with a certain level of taste and a measured hand. Credit should be given for the attempt, however the execution does not save it from becoming a negative aspect. When it comes to the main twists and plot points throughout the film, most are severly obvious or downright confusing. For example, Cayden's belief that he killed his parents underlines most of the tension in the film, and yet, every time he becomes a werewolf, he has complete control over who he attacks. This clearly states that he didn't kill his parents and it was someone else in the cast, but its revealed as if it should be the biggest shock in the film.

Overall the movie is competent. It's a solid C grade on a test. David Hayter seems to have all of the ideas he needs to make a monster flick for todays audience, but he doesn't have the skills to execute it for the screen. Apart from a few enjoyable kills and interesting moments, the movie rolls along too slowly to keep the viewer's full attention. Hayter should stick to the writing part of filmmaking because once he gets the chance to use a camera, his writing suffers.