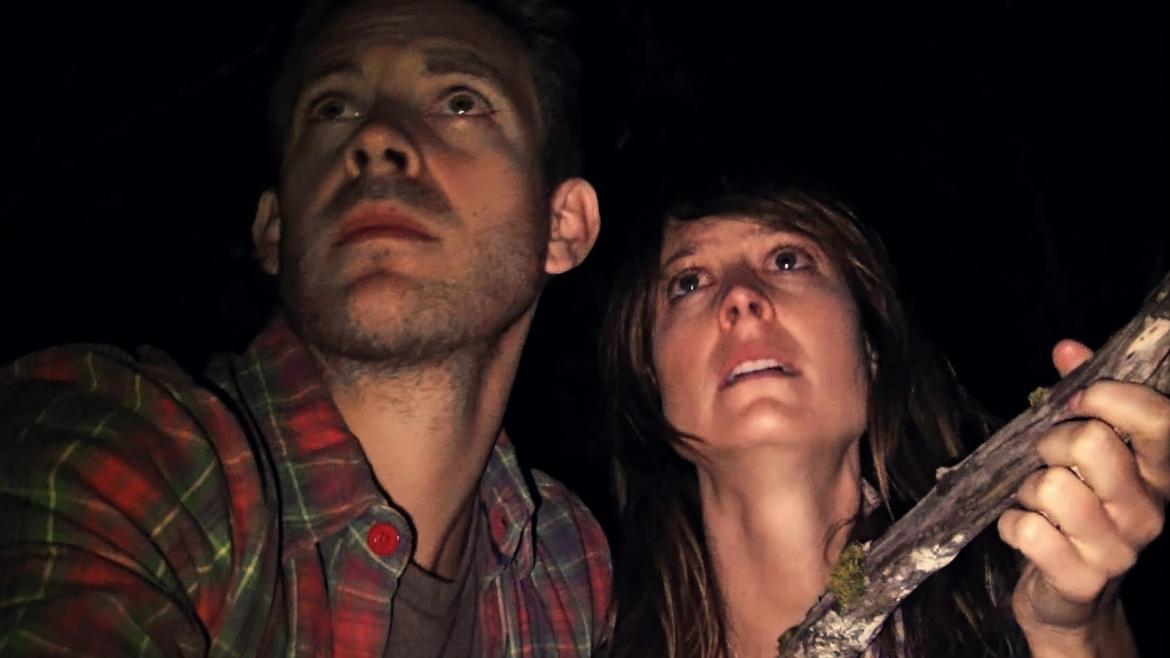 What do you get when you combine a hand-held camera, kooky locals, relationship drama, and Squatches? Bobcat Goldthwait’s new movie.

Actor turned film-maker Bobcat Goldthwait brings us a film about a couple venturing into the forest of Northern California to the site of the famous Patterson-Gimlin footage. Laid out much in the manner of The Blair Witch Project, one of the progenitors of the found footage style, Willow Creek spends its first act with the couple traveling to a remote town and interviewing anyone who will talk to them. The town has developed a tourism industry based on bigfoot and the Patterson-Gimlin footage. Many within the town seem to embrace the lore, while mostly ignoring the Missing signs that pepper several cork boards. The deeper Kelly and Jim dig into local legend, however, they discover that some of the residents don’t think bigfoot is responsible for the weird things happening in the woods at all, and blame a much more human, and sinister culprit.

During this preamble of a first act, Goldthwait and his lead actors do a good job of creating characters who feel real and worth caring about. Jim (Bryce Johnson) and Kelly (Alexie Gilmore) spend a lot of time just goofing off, poking fun at the people they encounter and each other. Kelly, an unapologetic skeptic, makes no qualms about how silly she thinks her boyfriend is. Driving down windy, tree-lined roads, the building excitement is palpable. Even a ominous run-in with a man in the woods can’t deter Jim, who claims he knows a back way in, and they are hiking in no time. The two appear to be totally alone in the woods, and don’t see much activity of any kind, until it gets dark. After being plagued by creepy sounds overnight, the pair decides that whether they can agree on what’s happening or not, they need to get out of the woods.

For his first foray into the genre, Goldthwait displays a skillful hand. According to the commentary on the Blu-ray, the crew was small and intimate and headed to NoCal with 25 pages of plot outline and a just few lines of dialogue. The film was shot over the course of 5 days and, to maintain the feeling of authenticity, the film contains only 70 edits, compared to the average film which can have up to 1,400 cuts. Much like its inspiration, Blair Witch, Willow Creek relies much more on suggestion and creepy sounds than it does on showing us the monster. Perhaps the most talked about scene in the entire movie is a 19 minute clip of Jim and Kelly in the tent at night, the static-cam on a tripod aimed directly at them, as strange sounds surround them on all sides. This scene proved to be devisive among horror aficionados, but if you like it, you are bound to love this movie. The actors do a phenomenal job in this long take, displaying a wide range of emotions as their faces contort in the bright glare of the camera light.

The end is of the type that many indie films have been employing of late, and is sure to leave the viewer with far more questions than answers. This was my only real complaint with the film. I don’t mind an ambiguous ending, but, without offering any spoilers, let's say I found the subtext of the climax scene to be troubling. That being said, the ending is still carried out in such a way that I can’t really say anything bad about its crafting, simply that I wish it had ended another way.

Whether you believe in bigfoot of not, this film is a fun homage to a classic horror film while being a blast in its own right. It delivers some great scares and has an ending that you aren't going to forget anytime soon, whether you like it or not.