We Are the Flesh (Movie Review) 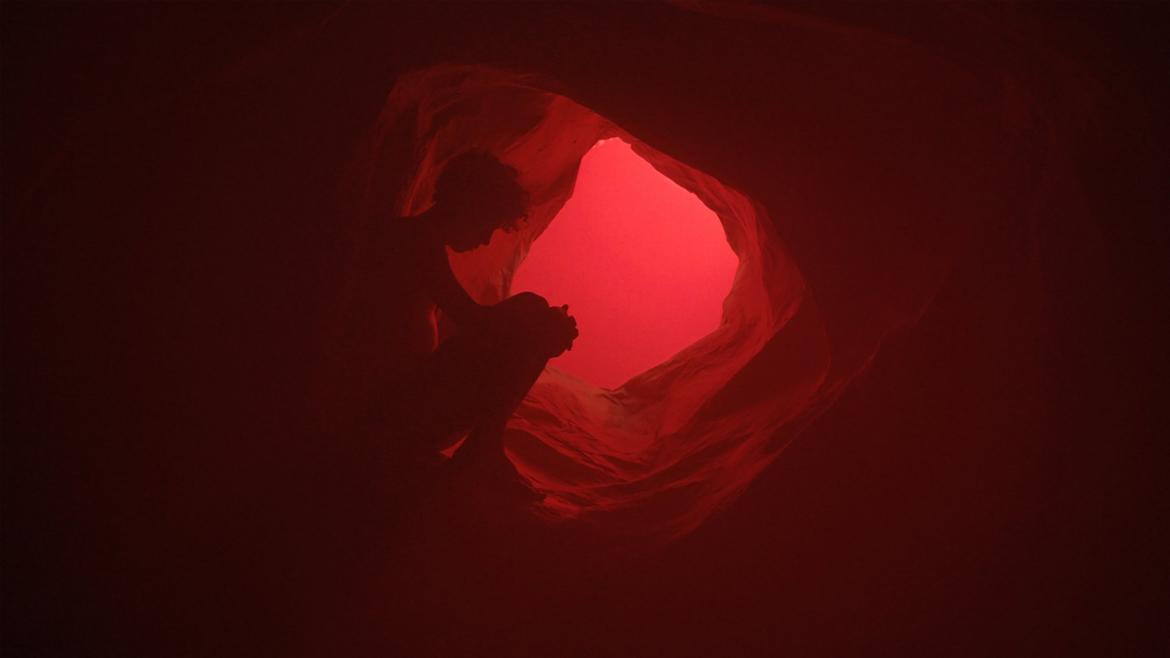 When you review horror movies for a reputable site such as Bloody Good Horror, sometimes you get the opportunity to watch and review screeners. Usually smaller budget indie movies, these titles exist on a spectrum; some are hidden gems, while others are...not. A vast majority fall somewhere in between the two extremes. But every once in awhile, you get very unlucky. You get a movie that is so far from a shiny gem that it more closely resembles the kind of filth you find when you snake your shower drain. We Are the Flesh is one such film.

We Are the Flesh apparently takes place in a destroyed and empty Mexican city (though we never see it, or really hear any mention of it being abandoned) where two teen siblings seek refuge in an abandoned building, but they aren’t alone. The structure's sole inhabitant is a mentally unstable, middle-aged man who vacillates between sinister and childlike in a way that is completely nonsensical. The plot is essentially nonexistent, with weird time jumps propelling us forward devoid of any context, explanation, or apparent reason. And while the set design, lighting and cinematography are all done well, all three combined cannot salvage this garbage heap.

I was pretty on board for this movie for the first twenty-five minutes or so. It was slow and I wasn’t sure what was going on, but I held out faith that the movie knew what it was doing. It was at that moment when the older gentleman demanded that the brother and sister have sex with each other (which they do, spoiler) while he pleasures himself. This scene drags on forever and is absurdly gratuitous. And if the incest isn’t enough to get you to turn the movie off, the ensuing necrophilia, rape, and cannibalism likely will be.

At the end of its incredibly short runtime, We Are the Flesh feels like the sick fantasy of a truly deranged individual, and not in a way that is fun or interesting. The sex scenes are shot about as well as any free online pornography you could hope to find, and with much more troubling backstories. The fact that there is some legitimate technical talent here makes the movie as a whole all the more disappointing. Typically, I try to be kind to screeners, but I would genuinely like the opportunity to slap the writer and directed of this film in the face.

The Last House in the Woods